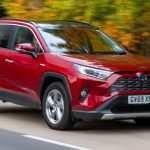 It's the original Toyota SUV and the latest RAV4 is still one of the best you can buy in this booming sector. The Recreational Activity Vehicle 4 was launched in the mid-1990s as Toyota's first SUV intended to offer more space and luggage room for families who liked an out-door lifestyle. It was available with a 2.0 petrol engine and choice of front or all-wheel-drive in three or five-door body … END_OF_DOCUMENT_TOKEN_TO_BE_REPLACED 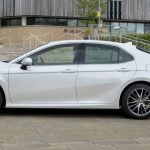 After 15 years out of the UK market, the new generation Toyota Camry is turning heads with its striking saloon shape. While hatchbacks and SUVs have come to dominate registrations and estate cars are few and far between, the once highly popular saloon stands out as a distinctive offering. But beauty is more than skin-deep in the Toyota Camry as it uses the Toyota New Global Architecture … END_OF_DOCUMENT_TOKEN_TO_BE_REPLACED 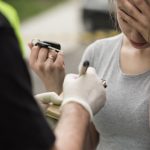 A common myth is that drink driving is a male problem.  But in a study by the Office for National Statistics, nearly five per cent of women reported driving whilst over the legal alcohol limit at least once in the past year. With 18.8 million female licence holders, that would mean a staggering 870,000 women admitting having driven under the influence. The true figure is probably much higher, … END_OF_DOCUMENT_TOKEN_TO_BE_REPLACED 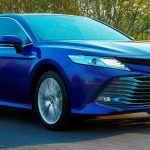 Increasing demand for hybrid vehicles has prompted Toyota to return the Camry mid-sized four-door saloon back into its UK line-up after an absence of 15 years. This is the all new eighth generation Camry, it went on sale first in 1982 but the seventh generation versions were not sold in the UK. Although Toyota class the new Camry as a mid-sized saloon at 4,885mm in length and with very … END_OF_DOCUMENT_TOKEN_TO_BE_REPLACED 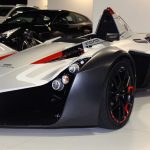 Wales-based insurer Confused.com will be the main sponsor of the London Motor Show next year at ExCel. The Cardiff company first backed the event this year when 25,000 people attended and tickets are already on sale for next May’s four-day event. British car production fell again in August, reflecting the impact of uncertainties about Brexit on Europe’s second-largest car market, SMMT said … END_OF_DOCUMENT_TOKEN_TO_BE_REPLACED

The Institute of the Motor Industry will be an official sponsor of the London Motor Show when it returns to its Docklands site in 2018. The ExCel event form 17-20 May already has support from Wales’ based Confused.com insurance and tickets are now on sale. Aston Martin has received an international credit upgrade from assessors Moody Investors Service. Following good financial results the … END_OF_DOCUMENT_TOKEN_TO_BE_REPLACED

Major car makers are shunning the Frankfurt motor show next month. The enormous cost of taking part and appearing wing to wing with rivals is being weighed against turning visitors into buyers of the brands. About 12 months ago, Paris saw a reduction in brands with Ford, Mazda and Volvo deciding not to attend and now this trend has continued at Frankfurt, which is the largest of its kind in … END_OF_DOCUMENT_TOKEN_TO_BE_REPLACED