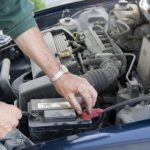 More and more car owners are by-passing garage workshops for vehicle repairs and are fixing it themselves in a response to the cost-of-living crisis, according to parts supplier experts Online Automotive. The aftermarket experts, who are celebrating a 17th year anniversary in the trade, are experiencing an unprecedented spike in demand from motorists, who are doing the work themselves rather than … END_OF_DOCUMENT_TOKEN_TO_BE_REPLACED 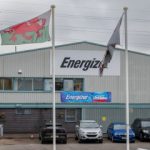 Economy Minister Vaughan Gething has visited Energizer Auto UK in Ebbw Vale to celebrate a quarter of a century in the Valleys and reaffirm its partnership with the Welsh Government. The facility established in 1997 now employs 50 skilled staff producing more than 700 automotive fragrance and appearance products ranging from fuel additives to car wash products across 43 different countries. The … END_OF_DOCUMENT_TOKEN_TO_BE_REPLACED 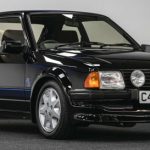 A Ford Escort RS Turbo driven by Diana, Princess of Wales, and seen in many photographs has sold for  £650,000 at auction. The black Escort driven by the late royal from August 1985 to May 1988, went to a UK buyer at the Silverstone Auctions last week and including the auctioneers premium cost £730,000 in total. Five months ago on 1 April Honda broke with news of its Co-Pilot front … END_OF_DOCUMENT_TOKEN_TO_BE_REPLACED 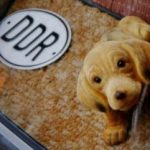 Hagerty, an automotive lifestyle brand and a leading specialist insurance provider focused on global automotive enthusiasts, looks back at period car accessories. Their automotive experts list 7 ‘must haves’ from a time when car styling was widespread, and upgrades were seen as an essential way to add comfort and individuality to a meagre standard specification. The list isn’t exhaustive and … END_OF_DOCUMENT_TOKEN_TO_BE_REPLACED

Over use of an air fresher in a car is believed to be behind an explosion which destroyed a car but from which the driver escaped in North Wales last week. The car was parked outside Central Retail Park, Wrexham when the driver lit a cigarette and an explosion happened on friday. North Wales Police in a press release said people reported hearing a "loud bang" when the car exploded and while … END_OF_DOCUMENT_TOKEN_TO_BE_REPLACED 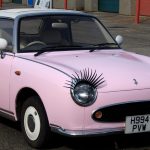 With Christmas coming, be careful what gifts you ask for in the way of car accessories. From modified exhausts to dodgy decals, research by carwow has revealed the most hated car modifications amongst drivers and which can decrease the value of a car the most. Besides possible safety issues and the potential to invalidate your insurance, wheels modified in an extreme way to achieve a negative … END_OF_DOCUMENT_TOKEN_TO_BE_REPLACED 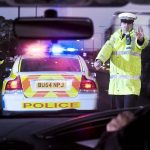 Drivers in Wales are up to six times more likely to be breath tested in December than other months. Analysis of Home Office data by AlcoSense Breathalysers shows that in December last year, 7,345 motorists were stopped by Police across Wales on suspicion of drink driving. North Wales led the way with 3,964 tests – far higher than any Police force in England.  Second on the list was … END_OF_DOCUMENT_TOKEN_TO_BE_REPLACED 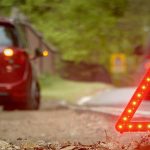 A near fatal accident to a Welsh businessman inspired a ground-breaking road safety product. The BriteAngle LED Warning Triangle is the idea of managing director of the South Wales company, Stephen Wornham (right), who while driving home from work one night, encountered a near life-changing experience for him and a fellow motorist.   Turning into a poorly lit road and due … END_OF_DOCUMENT_TOKEN_TO_BE_REPLACED

With the right care, car batteries have a life expectancy of up to five years. However, neglect can cut the lifespan down, and even leave you stranded with a flat battery in some instances. To help you get the most out of your car’s battery, Euro Car Parts has provided five easy ways to keep your car battery happy and healthy - helping you to avoid inconvenient setbacks when you go to start … END_OF_DOCUMENT_TOKEN_TO_BE_REPLACED 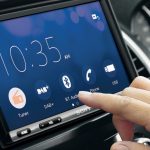 Adding more variety to its successful in-car audio range, Sony introduced the new XAV-AX3005DB car audio receiver , incorporating a big 6.95” Clear Responsive Touchscreen. AX3005DB  (right) enables smarter driving and aids navigation, communication and playing music from your phone with voice control. All this is possible through Apple CarPlay and Android Auto which makes it easier than ever to … END_OF_DOCUMENT_TOKEN_TO_BE_REPLACED