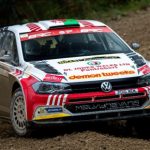 Osian Pryce has been crowned 2022 British rally champion – winning the title for the first time following victory on the Trackrod Rally Yorkshire. It was his fourth maximum British Rally Championship points score in five events this year – and the second title he’s won on the Trackrod, having clinched the Fiesta ST Trophy in 2011. Osian joins a prestigious list of British rally champions, which … END_OF_DOCUMENT_TOKEN_TO_BE_REPLACED 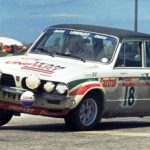 Brian Culcheth, who died 11 September at his home in Porlock after a brief illness, was a rally legend among British fans, especially on home internationals and included winning the 1978 British Rally Championship. His career as a professional driver began as a young member of Harrow Car Club and went on to see him become one of the most successful factory drivers with more than 125 national and … END_OF_DOCUMENT_TOKEN_TO_BE_REPLACED 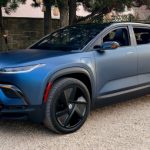 The all-electric Fisker Ocean SUV will debut at the 2022 Mondial de l'Auto held at the Paris Expo Porte de Versailles  from 17 October. Costing about  €70,000 the 380 miles range SUV has been designed to be the most sustainable SUV on Earth, using ethically sourced, upcycled materials throughout. Volvo has developed an internal radar system  to alert drivers if a pet or child is left in a … END_OF_DOCUMENT_TOKEN_TO_BE_REPLACED 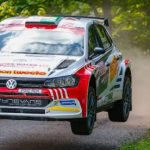 The Motorsport UK British Rally Championship makes a return to the iconic Dalby Forest next weekend, as the Trackrod Rally Yorkshire 23-24 September hosts the penultimate, and potentially title-deciding round of the 2022 season. The blisteringly fast English forest stages are well-known across the decades for witnessing epic battles when the World Rally Championship visited the region and now … END_OF_DOCUMENT_TOKEN_TO_BE_REPLACED 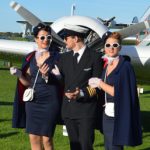 Sublime late summer days usually end in cold, misty nights followed by dew layered mornings which is exactly what greeted visitors to the Duke of Richmond’s annual Goodwood Revival meeting, held at what was formerly known as RAF Westhampnett. But although the WWII airfield’s first distinguished incarnation as Goodwood circuit lasted 1948–1966, since the Revival opened in 1998 most visitors dress … END_OF_DOCUMENT_TOKEN_TO_BE_REPLACED 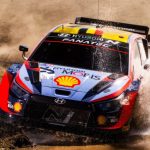 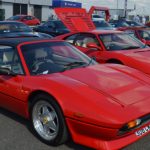 Benefitting from moving its traditional early July date on the calendar to August Bank holiday weekend for the first time, the Silverstone Classic reaped the reward of holiday crowds by attracting record public attendance. In addition, this year’s edition of the popular Classic targeted a broader appeal to provide even more family entertainment than ever before yet still retaining motor racing … END_OF_DOCUMENT_TOKEN_TO_BE_REPLACED 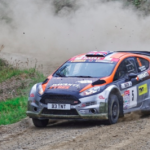 Osian Pryce has retaken the lead of the British Rally Championship after a ‘near perfect’ result on the Get Connected Rali Ceredigion in his Demon Tweeks-backed Volkswagen Polo GTI R5. With just two rounds of the series remaining – the Trackrod Rally Yorkshire (23/24 September) and the Visit Conwy Cambrian Rally (29 October) – the move back to the top of the drivers’ standings comes at a crucial … END_OF_DOCUMENT_TOKEN_TO_BE_REPLACED 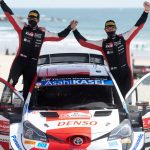 The Toyota Gazoo Racing World Rally Team aim to return to the top step of the podium on the Acropolis Rally in Greece this week, round 10 of the 2022 FIA World Rally Championship. The Acropolis returned to the WRC calendar in 2021 and has a reputation for rocky mountain roads and high temperatures which combine to create a tough challenge for the cars, tyres and drivers. Kalle Rovanperä, who won … END_OF_DOCUMENT_TOKEN_TO_BE_REPLACED