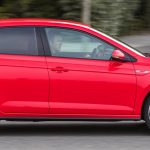 Today’s Volkswagen Polo clearly demonstrates city cars do not have to lack the refinements of much larger models.  For 46 years, the VW Polo has been seen as the city car with status. While some drivers opted for cheaper competitors from rivals, the Polo-person was perceived as a more mature driver who appreciated sound engineering and valued a stronger resale price.   However, … END_OF_DOCUMENT_TOKEN_TO_BE_REPLACED 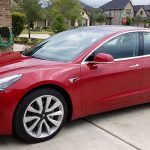 Tesla is on course to notch up a million pure battery car sales by next April, the first manufacturer to do so. VW is tipped to overtake them two years later and Mercedes-Benz will be close behind, according to projections calculated by Moneyshake. As Germany ramps up estimates of EV sales to 14M on its roads inside eight years analysts believe 55% of all EU sales will be electric in the same … END_OF_DOCUMENT_TOKEN_TO_BE_REPLACED

New car sales are recovering but more slowly than expected by car makers. The global shortage of micro-chips is affecting outputs from plants, said the Society of Motor Manufacturers and Traders. June’s UK registrations of 186,128 new cars is 16.4% below the last decade’s average for the month and the second quarter’s total is still 9,000 units short of their expectations due to the chip … END_OF_DOCUMENT_TOKEN_TO_BE_REPLACED

Volkswagen will receive €288 million (£248m) in compensation payments after reaching a settlement with four former executives, including ex-CEO Martin Winterkorn and former Audi boss Rupert Stadler, over the diesel emissions scandal, reports Autocar. The settlement is a major step in the German firm’s attempt to move on from the Dieselgate scandal, in which it admitted using illegal software to … END_OF_DOCUMENT_TOKEN_TO_BE_REPLACED 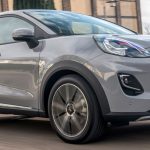 Wales's new car sales rose to 5,246 models last month, according to figures today from the Society of Motor Manufacturers and Traders. Ford regained its lead in Wales after months of trailing rivals with significant registrations of the Puma SUV closely followed by Britain's most popular small car, the Fiesta. But only two registrations behind the Fiesta was the MG ZS and Volkswagen filled the … END_OF_DOCUMENT_TOKEN_TO_BE_REPLACED 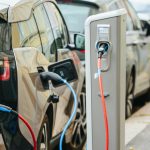 Figures being released today will show the steady advance of electric car sales. April saw further evidence that more manufacturers are racing to secure a share of the market for new EVs. New AutoMotive’s monthly data release tracks new car registrations in Great Britain and shows that the market for new EVs is distributed between an increasing number of manufacturers. Volkswagen took the … END_OF_DOCUMENT_TOKEN_TO_BE_REPLACED 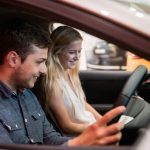 The Volkswagen ID.4 has been voted World Car of the Year 2021. Over 90 international motoring writers nominated the pure electric model and it marks the fifth time VW has taken the top award. Future smart motorways have been parked up until radar technology improves to make them safer after a series of fatal accidents and severe injuries. The Government announced the halt following protests … END_OF_DOCUMENT_TOKEN_TO_BE_REPLACED 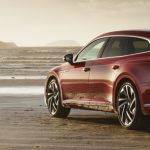 You can rightly expect exotic sports cars to turn heads, but when an estate car from a volume manufacturer manages to do that, you know the designers have created something very pleasing to the eyes.    So it was full marks to the designers of the Volkswagen Arteon Shooting Brake which never failed on our test to turn heads with its sleek styling and practical design. The … END_OF_DOCUMENT_TOKEN_TO_BE_REPLACED

The next Vauxhall Astra will include a plug-in hybrid drivetrain and a station wagon version, CEO Michael Lohscheller told Automotive News Europe. The car will be based on the same Stellantis EMP2 platform as the forthcoming new Peugeot 308 due on sale later this year while the Astra will be introduced early 2022 but its still uncertain if the newcomer will be assembled in Ellesmere … END_OF_DOCUMENT_TOKEN_TO_BE_REPLACED 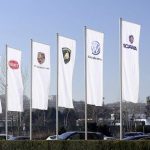 Northvolt has won an order worth more than $14 billion over 10 years from Volkswagen, which increases its stake in the Swedish lithium-ion battery maker. Northvolt will sell its share in joint-venture Northvolt Zwei in Salzgitter to the world’s No. 2 carmaker, which becomes the German gigafactory’s single owner. Volkswagen entered into a partnership with the battery maker in 2019 and took 20% of … END_OF_DOCUMENT_TOKEN_TO_BE_REPLACED