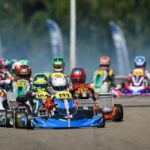 The expansion of the second edition of the FIA Motorsport Games has already attracted five new and emerging motorsport nations to compete on the global stage in France.  Staged from 26-30 October, the growth of the event from six to 17 disciplines is already achieving its objective to help non-traditional motorsport nations use the event as a platform to showcase their country’s driving talent, … END_OF_DOCUMENT_TOKEN_TO_BE_REPLACED 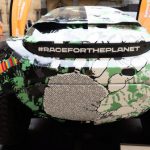 Motorsport UK and the All-Party Parliamentary Group for Motorsport yesterday presented Our Eclectic Future at British Motorsport Day in the Palace of Westminster to showcase the vision of a world powered by a range of use-appropriate systems and fuels. Fossil-fuels will continue to power existing vehicles around the world for quite some time, and therefore solutions are needed to shift to … END_OF_DOCUMENT_TOKEN_TO_BE_REPLACED

Straightliners European and World sand & land speed event on Pendine last weekend saw some unique classic and some of the most powerful street legal motorbikes in the UK in action.   Highlights of the two-day sprint event which was affected by wind and rain were:   Kevin Nicks, returned with the Fastest Shed aiming to break his world record of 101mph which he did just, achieving … END_OF_DOCUMENT_TOKEN_TO_BE_REPLACED 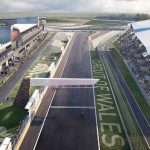 A new attempt to create the Circuit of Wales is underway, writes Robin Roberts. The controversial  £433M scheme on mountainside overlooking Ebbw Vale was rejected for Welsh Government assistance in June 2017. The original proposers of the 2013 venture failed to secure the confidence of the Welsh Government which had put £9M into studies to turn over 800 acres of mountain moorland into a … END_OF_DOCUMENT_TOKEN_TO_BE_REPLACED 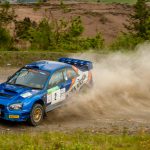 All motorsport is under threat from the European Court, and your action today can help save it, writes Guild of Motoring Writers committee member Laura Platman. This is a serious threat not just to competitors and the motorsport industry but also to journalists and media organisations producing coverage of the sport and EU consultation closes tomorrow, 20 October. In 2014 the European Court … END_OF_DOCUMENT_TOKEN_TO_BE_REPLACED 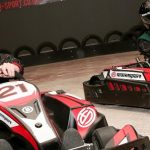 Brits are still struggling to separate fact from fiction and debunk the most common electric car myths, research by TeamSport has revealed. With growth in the number of electric cars on the roads continuing, the leading karting company researched the nation’s attitudes towards electric cars and which myths the public still believes. They found the majority of drivers still don’t fully … END_OF_DOCUMENT_TOKEN_TO_BE_REPLACED

Race Of Champions, the end-of-season competition that sees stars of F1, Le Mans, WRC, Moto GP and touring cars battle for glory in unique head-to-head races using identical cars, is returning to London for the first time since 2008. Over the weekend of 20-21 November, this motorsport spectacle will be thrilling crowds at the former Olympic Stadium in Stratford, London, bringing its special … END_OF_DOCUMENT_TOKEN_TO_BE_REPLACED 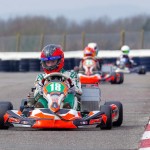 Although the weather was a little on the wintry side, action at round two of Llandow Kart Club’s 2015 championship kept everyone warm as a large entry produced exciting racing without a single red flag or unnecessary delay. Numbers were given a healthy boost thanks to the inclusion of both the NKRA classes and smattering of visiting drivers getting experience of the South Wales Karting Centre … END_OF_DOCUMENT_TOKEN_TO_BE_REPLACED 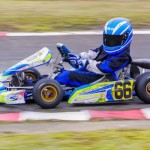 With the 2014 silverware safely dished out during the annual awards night at the Heronston Hotel in Bridgend, Llandow Kart Club roared back into action with the opening round of its 2015 championship on a bright but chilly day in mid-February. The new season was marked by a number of new faces in the paddock, as well as old faces in unfamiliar places as drivers changed classes ahead of the … END_OF_DOCUMENT_TOKEN_TO_BE_REPLACED