You are here: Home / Features / Engineering / Circuit of  Wales plan on track again

A new attempt to create the Circuit of Wales is underway, writes Robin Roberts.

The original proposers of the 2013 venture failed to secure the confidence of the Welsh Government which had put £9M into studies to turn over 800 acres of mountain moorland into a state-of-art racing venue.

The first plan was to create an international race-track for two and four wheeled motorsport with related performance and music events, an automotive technology centre and an on-site hotel. Aviva insurance was the main backer along with bankers Kleinwort Benson but the proposer wanted the venture underwritten by Welsh Government, which felt it could not take the risk.

There was the promise of thousands of construction jobs and hundreds of jobs when established with many more engaged for specific events.

Delays in getting permission and concern over how public money was used at the time saw the Welsh Government withdraw its support for Circuit of Wales but there was the suggestion it may be reviewed if the independent funding was forthcoming and adequate securities were obtained.

Earlier this summer, AMs criticised their own officials for “inexplicable decisions” on grant aid without proper accounts and verification of spending while not informing Welsh ministers of what was happening.

The senior civil servant dealing with the project was James Price who has now been appointed chief executive of Transport for Wales body, operating at arms length from Welsh Government and tasked with creating a new public transport system and roads investment.

In February, the original company behind the CoW, the Heads of the Valleys Development Company, entered a voluntary arrangement with creditors to cover its £24M debts.

Last Friday saw notice of a renewed outline planning application being made to Blaenau Gwent County Borough Council for the original plan from 2013.

It has been lodged by Mike Farrar, a director with The Urbanists, a highly respect architectural and planning company based in Cardiff  which works on very large scale developments.

WheelsWithinWales understands some of the people in the original proposal are no longer involved in the new venture. 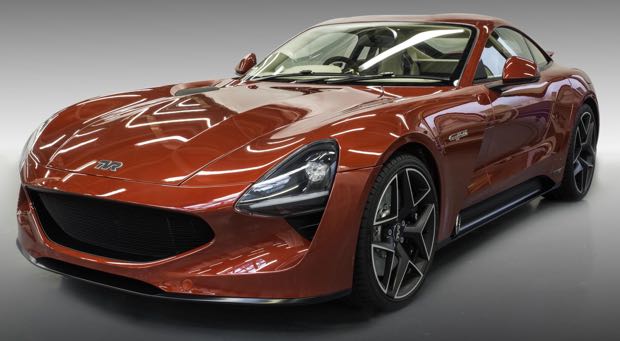 In the summer of 2017, Welsh Government announced its own plans for a £100M automotive business park in the area and sports car makers TVR will be the first to move into a renovated factory in the development zone to build its new Griffith sports car (right).