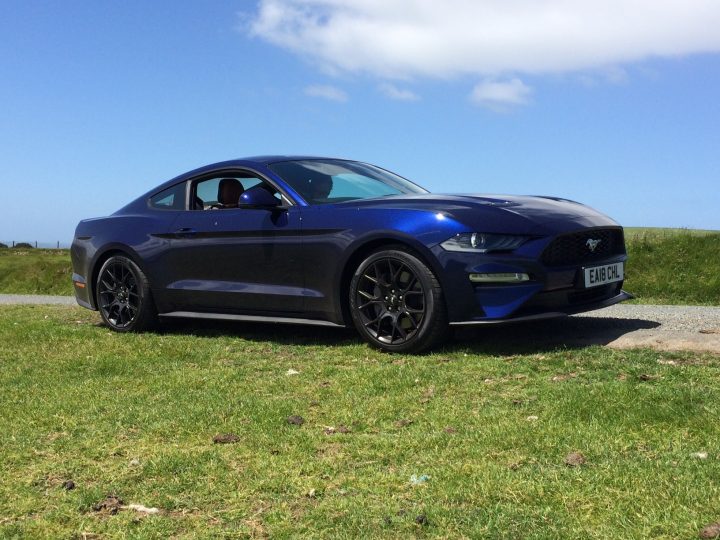 One of the most elusive features for any manufacturer is building emotion into a car.

Tech is to be expected, reliability taken for granted, build quality must be very good, comfort cannot be ignored, so put this together and price it carefully and what you get is ….  another car to take on remarkably similar rivals.

Then there is the Ford Mustang.

Few cars I have driven can stir emotions and raise pointed fingers from pedestrians and other drivers in the way of the Mustang.

It is the accepted and respected face of America and much more popular than its President. That’s because it has a proud history in its homeland and abroad, a place in cinema history and an association with another American hero, Steve McQueen. It’s earned its bragging rights long before social media was invented.

There are all positives about the Mustang. Unfortunately, it has taken Ford a while to realise that what was good enough for its enormous American market just did not cut it Europe, where roads are more demanding of drivers and the latest safety legislation is outpacing the USA.

Enter the new Ford Mustang with improved powertrains, safety, ride and handling at prices which make many European-made rivals seem very expensive and less attractive. They don’t have that cache of this car’s credibility. 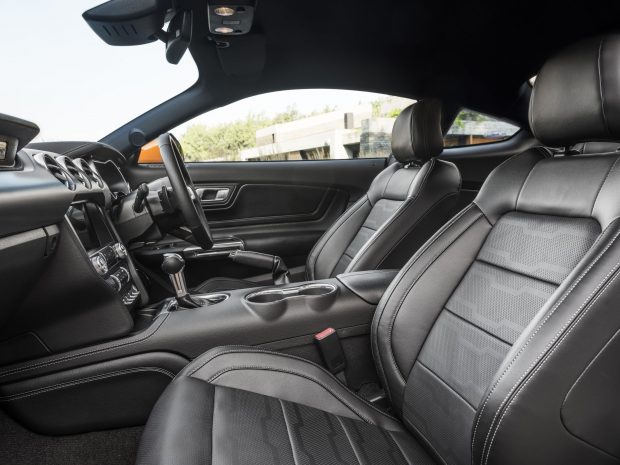 The new Mustang range is sold as fastback or convertible models with a choice of EcoBoost 290ps 4cyl 2.3 or GT 450ps 5.0V8 engines with 6sp manual or 10sp automatic transmission and there are also Shadow and Bullitt special editions. The test car included Kona Blue paint, MagneRide adaptive suspension and Shaker Pro sound system, adding about £3,000 to standard cost.

We had the better selling 2.3 engined coupe version which is the first Ford to use twin-scroll turbocharger for smooth and very strong power delivery and it can utilise some 440Nm of pulling power pushing through the rear wheels.

That means it really pulls away smartly and sweetly, has immense reserves for overtaking and will endlessly cruise along motorways. Six push-button drive modes make the most of the technology and performance from snow to drag strip.

This sophistication is matched by the directness of the gearchange and box so you always have the right gear for any situation and if you need to change that’s quick and clean.

I loved the massive brakes and their very progressive feel underfoot and ability to undramatically slow it from high speed with utter control. The steering, too, communicated a lot winding over the Preseli hills or twisting county lanes in West Wales.

Planted, powerful and a pleasure, the Ford Mustang gobbled up distance and the secondary controls were fairly straight-forward and needed little thought to distract from the drive. I liked the big clear essential instruments infront of the driver and the size of the console screen was reasonable with not too much going on despite it being touchscreen.

Thankfully some most-used controls are not hidden behind the screen but remain on rotary switches beneath so the air circulation, temperate and output is almost instantly altered if you wish. More efficient and less distracting, and again, making the actual physical driving more pleasurable.

Oddments room is fairly good but not as much as you might expect in such a big car. The exterior size of the new Mustang can be a bit daunting when it overhangs most parking bays or you face oncoming traffic in a lane. 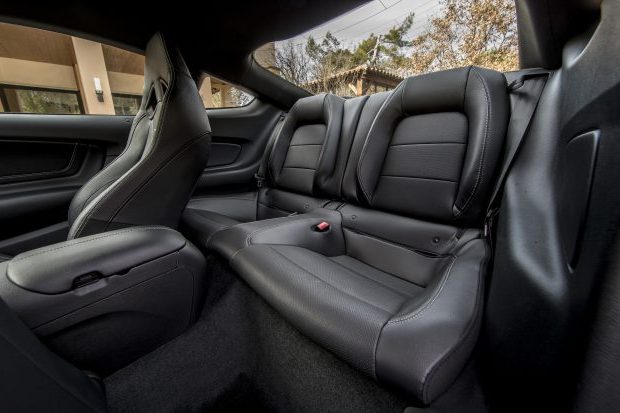 It does, however, contribute to a lot of interior room for those infront or behind and you are never going to feel cramped.

Smaller persons in the back may find the waistline a bit high but from the driver’s view the corners are fairly clear and the wipers and lights are very good.

Don’t push hard on the throttle and the only noise which lingers is that coming from the big wheels and tyres, however if you open it up the engine makes a wonderful deep roar as the Mustang heads for the hills.

The optional magnetic activated suspension really adjusts to selection changes in milliseconds and smooths out the worst bumps and is definitely worth considering for the UK’s tracks, sorry, roads. 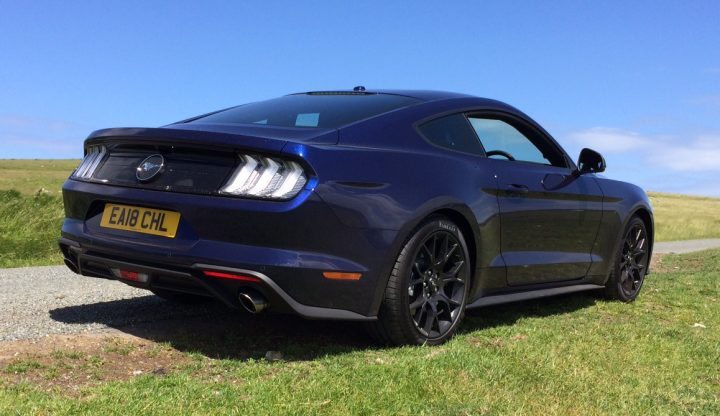 If you liked the former Ford Capri you can think of the Ford Mustang in a similar but better way and the product of some serious intense bodybuilding.

The Capri was for Europe, the Mustang is for emotions.