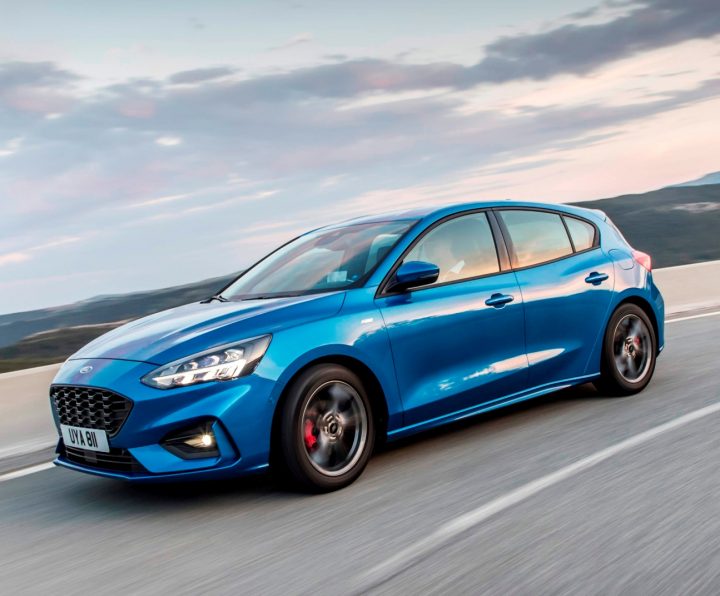 The latest generation Ford Focus was initially revealed to the motoring media in France in June this year but it wasn’t until September that models arrived in UK showrooms, writes David Miles.

The new Focus should be good news for Ford and its customers, it starts off at a lower price, its roomier, stronger, looks classier, has higher specification and a range of Ford’s latest more fuel and CO2 efficient petrol and diesel engines. And Ford needs some good news as I am writing this review.

First the good news is that they have recently announced production of their new 1.5-litre, three-cylinder EcoBoost petrol engines with cylinder deactivation has now started at their Bridgend Engine Plant in South Wales.

All comply with the new WLTP economy regulations and lowest emissions for the smaller engine are 107g/km while the larger unit now has a reduction down to 122g/km. 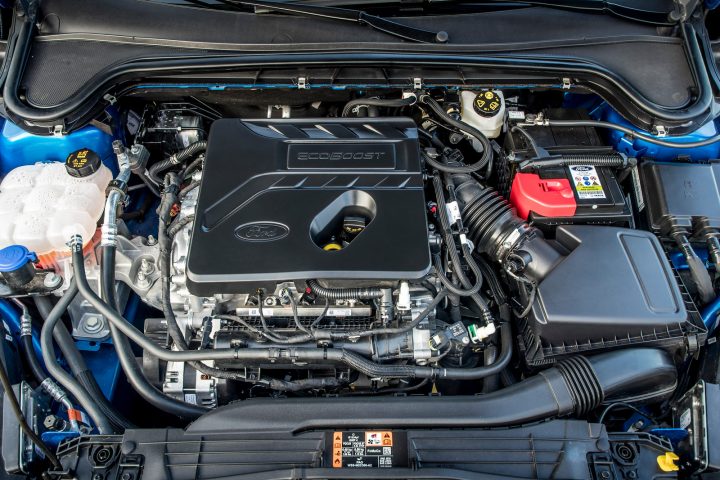 New 95 or 120hp 1.5-litre EcoBlue diesels emit 91g/km and the 150hp 2.0-litre EcoBlue diesel has emissions of 112g/km. All engines, both petrol and diesel, now have particulate filters and are fitted with an Auto Stop-Start function to reduce fuel consumption. The engines have also been future-proofed and engineered for use in hybrid electric models.

With two decades of sales history, design evolution and technology progression behind them the new Focus models looks thoroughly grown-up. It looks classier with much improved kerb appeal which should improve desirability especially for motorists down-sizing to reduce running and tax costs as well as reacting to our more and more congested roads and parking spaces.  The styling is bolder, gone are the slab sides of past versions and in has come more curved and sculptured panels, the bodyshell looks wider both front and rear and the side profile looks longer and more elegant. It just appears a more imposing classy upmarket car in both hatchback and estate forms. 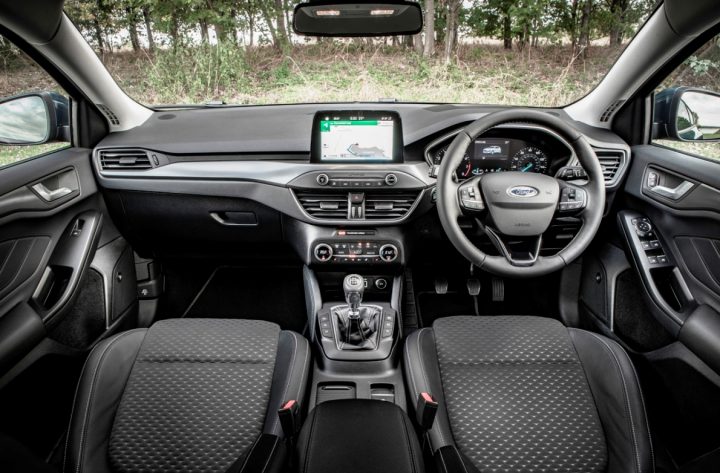 Inside it’s much the same improvement story with a more affluent and classy styling approach. Rather than a traditional enhanced spec C-segment family hatch/estate, it now looks like a slightly smaller D-segment car. 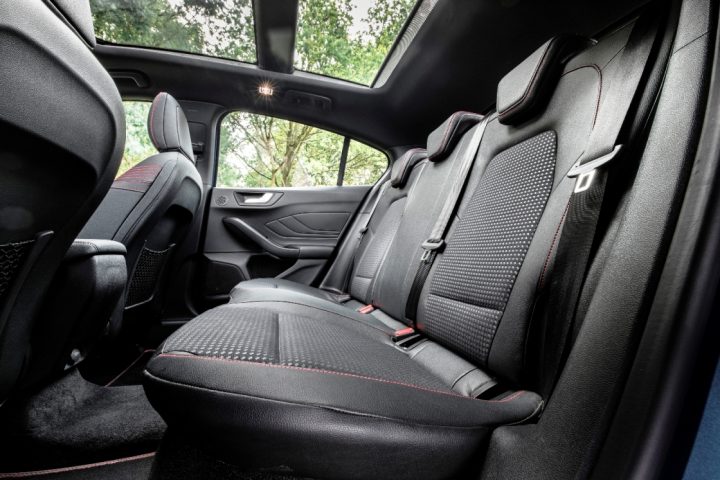 The layout is more upmarket, the quality looks and feels of a higher standard and it’s roomier than before especially for rear seat passenger.

Owners will not to any great extent ‘feel the pinch’ down-sizing. 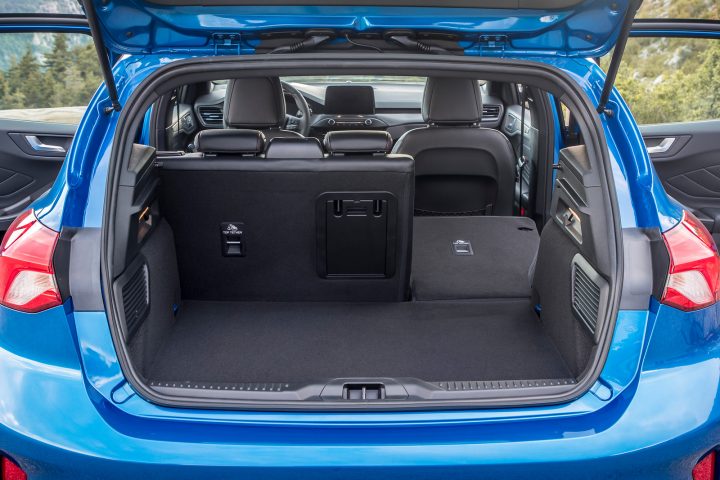 I have a family member with a three year old Focus  with the outgoing 1.5-litre, three cylinder unit which has just had an engine change under Ford’s warranty cover for that very fault and there are other instances listed on the worldwide web of similar faults with 1.0-litre engines as well – not all Ford engines though.

But for now with the latest Ford 1.0-litre unit we go with what we know. In addition to its modest 125hp the impressive maximum torque with its Overboost function is a healthy 200Nm from only 1,400rpm so it is remarkably responsive.

In its latest form it still retains its signature growling engine tone under acceleration but I look on it as ‘adding character’ rather than being noisy.  Matched with a slick and precise six-speed manual gearbox it’s a nice user-friendly drivetrain package.

This engine is also very flexible driving at slow speeds in town in high gears so saving on fuel. Driving on winding country roads more often than not required fourth or fifth gear to keep up momentum. Even allowing for the high torque output at low engine rpm, more spirited driving required the gearchanges to be used until open road and cruising speeds had been reached. There are selectable driving modes to suit the driving needs or driving conditions. 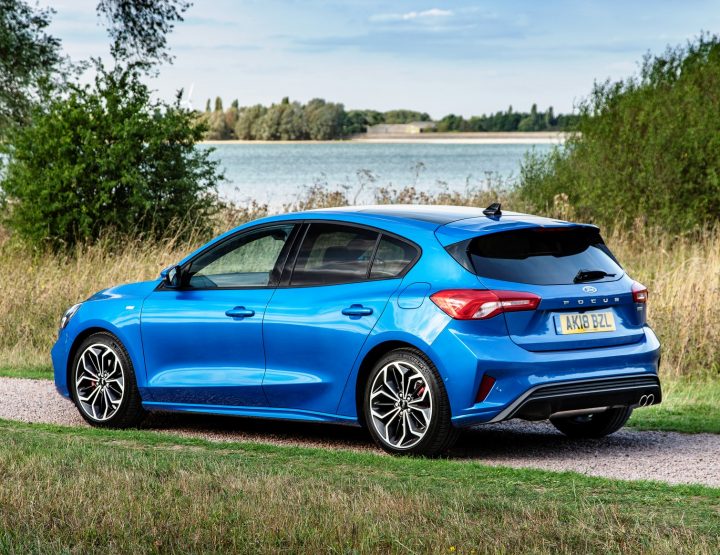 Overall the new Ford Focus is a notable step up in class with higher kerb appeal, quality, specification and interior space. It now has many of the specification items found on larger and more expensive cars either as standard or as a reasonable extra cost option so it can be tailored to suite an individual’s budget. It’s the right car at the right time for Ford and many new owners.

Against:  Not very much other than the ungenerous Ford warranty period.