Honda is rated as one of the top 20 brands in the world.

Honda produced their first automotive vehicle in November 1947, the 1/2 horsepower A-Type Honda was manufactured and sold as a complete motorbike. Because it gave off a lot of smoke, it was known as the “Chimney”. Soichiro Honda started Honda Motor Company in 1948, at the age of 41. 1948 saw Honda introduce a 90cc version of the A-Type known as the “B-Type”.

Since 1986, Honda has been involved with artificial intelligence/robotics research and released their ASIMO robot in 2000. Honda has also ventured into aerospace with the establishment of GE Honda Aero Engines in 2004 and the Honda HA-420 HondaJet, which began production in 2012.

Honda has over 55 years of World Championship Racing. Today, Honda is an active participant in Formula One, motorcycle, touring car and ATV racing.

The first Honda engine was built at their Car Plant 1 Swindon Wiltshire in 1985 and the first car, the Honda Accord, in1992 with Civic production starting in 1994, the same year as Honda’s venture with Rover ended. 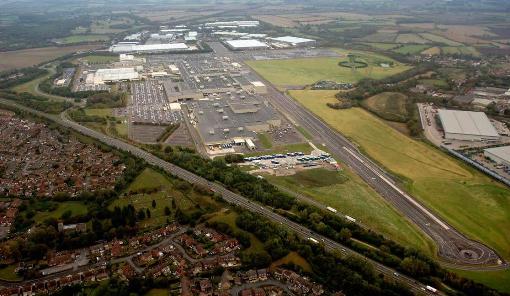 Today this facility has 3,700 associates on site and the Plant consists of engine and car assembly lines, panel pressing, engine assembly and aluminium smelting and casting operations. Different departments work off a variety of shift rotations including two-shift, three-shift and continental shift patterns.

Last year this Plant produced 134,146 vehicles and their target for this year is around 160,000 units with around 50% being exported to over 70 global markets. This facility also produces around 220,000 engines a year for their current UK produced models and other Honda cars produced elsewhere. Over £2.5 billion has been invested in 30 years by Honda at the Swindon facility and it’s not taken a £ in UK Government aid. 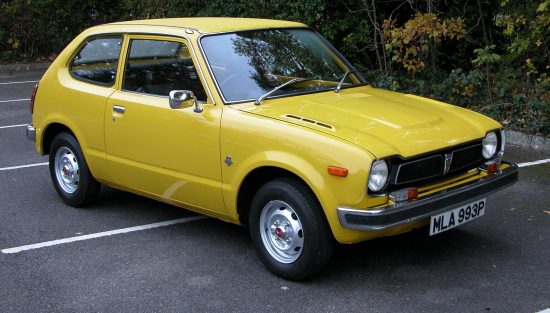 Having first arrived in the UK in 1973 the 1st generation Civic two door small family four seater saloon was a vitally important car to launch Honda on its way and now the British built 10th generation Civic five door family hatchback and Type-R high performance models are even more important for UK jobs in a shrinking new car market.

A 12.2% fall in UK new car sales in October and a fall of 4.5% for the year to date say the Society of Motor Manufacturers and Traders is caused by declining business and customer confidence due to the fallout over Brexit and concerns re future emissions and the Government’s policy on diesel powered vehicles.

Those are today’s issues but step back to 1973 when Honda launched their first generation Civic model in the UK. I’ve just had a very brief drive in one of the first Civics, actually a two door, four seater Civic 1.2 Deluxe manual in Carnaby Yellow. This actual car cost £1,059 new and was used for brochure photography and it is believed to be the oldest surviving Civic in the UK. Honda UK bought the car back from its then owner and added it to their heritage fleet of vehicles.

Luckily Honda UK let a few of us motoring writers have a turn in this car before sampling other heritage and current models. My story is all about Civics First and Latest.

This was Honda’s first global car. At 3,655mm in length it was tiny compared to today’s small family hatchbacks but it had two doors, four seats and a lift up boot lid. It was only 1,505mm wide so by today’s standards it is cramped but we are told as generations go by we are all getting bigger. 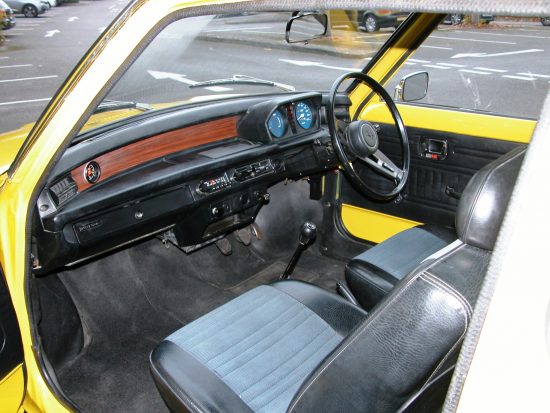 Open the driver’s door and the very first thing I noticed was an ashtray positioned in the right hand corner of the dashboard, just where the driver would want it. Of course it had wind down front side windows, two-speed wipers, reclining front seats, even two sun visors not just one for the driver and it came with a radio and heater system. 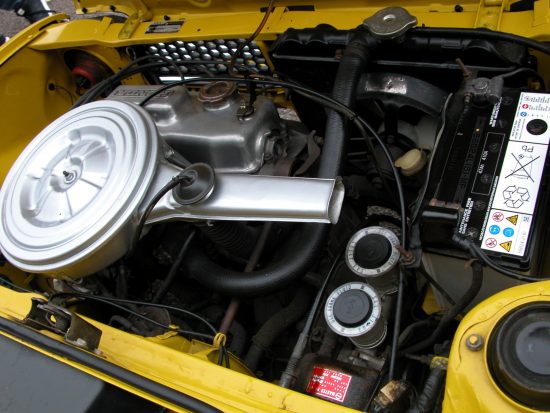 Under the forward opening bonnet is a 1.2-litre OHC 50hp petrol engine with 79Nm of torque at 3,500rpm. Drive to the front wheels is through a four speed manual gearbox although a two speed auto was an option. Steering is not power assisted nor were the brakes, discs at the front and drums at the rear and it had a manual choke – remember those?

Top speed was an impressive 90mph and zero to 60mph took 15.1-seconds according to official test figures published on its introduction. With a recorded 71,794 on the clock the engine still felt lively, willing to rev but how a modern day five speed gearbox would have improved the driving experience. You soon figure out there is no power assisted steering due to its heaver weight than we expect now but at least it provided feedback to the driver which is more than we get now from similar models. And yes some added anticipation was needed when braking.  Definitely this first Civic was a joy to drive down memory lane.

Just as important as the original Civic was in 1973 to establish the Honda brand, so is the 10th generation Honda Civic five door hatchback range built in Britain for global markets. It’s vital this model is successful for the future of UK jobs.

Top model in the new Civic range is the 4th generation Type-R GT 2.0-litre turbocharged 320hp version I tried that costs £32,995. The slightly lower spec, but not in terms of performance, is the Type- R which costs £30,995.

Thankfully for most users there are less costly models priced from £18,890 up to the price quoted for the Type-R GT. There is the choice of 1.0, 1.5 and 2.0-litre petrol and a 1.6-litre turbodiesel engines and depending on the engine chosen, SE, SR, EX, Sport, Sport Plus, Prestige and of course Type-R and Type- R GT specification levels.   Of the 15,000 new generation Civics expected to be sold in the UK this year 10% of them will be Type-R variants.

The 10th generation Civic is the largest Civic to date and it is the best looking, best handling, most comfortable, best specced and even in its smallest engine form the best to drive.

The Type-R versions bristle with aerodynamic add-ons in the form of an aggressive looking, front deep spoiler, rear diffuser, rear tailgate spoiler and side skirts with fins, strakes, blades and air inlets all around the low riding five door body. 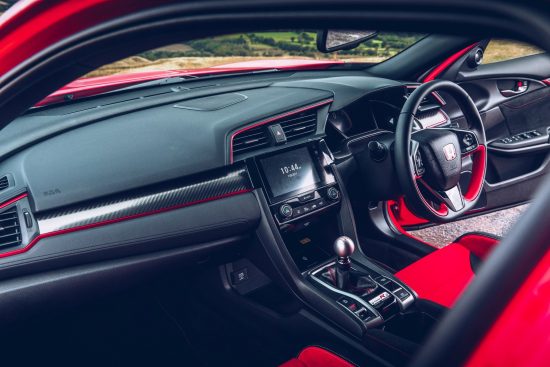 Honda engineers assured me that nothing about the Type-R’s styling is to do with visually enhancing the car, they all have a purpose in creating down-force, providing high speed stability, speeding up airflow around the body and reducing drag in the search of maximum performance.

So performance is what the Type-R is all about. The 2.0-litre, four-cylinder VTEC turbocharged petrol engine pushes out a significant 320hp at a high 6,500rpm but more important is the 400Nm of torque delivered at 2,500rpm. It is this that makes this car so responsive accelerating from mid range speeds to top speed. That figure for the record is 169mph with zero to 62mph taking 5.8-seconds.   There are three selectable driving modes, Comfort, Sport and +R which can alter the steering feel, ride comfort, vehicle stability, traction control, throttle responses and the Rev Match system which does what it says, matches revs via an engine ‘blip’ to gearchange speeds.

With its six-speed close ratio sports manual gearbox and limited slip differential the car lapped the world-famous Nurburgring Nordschleife circuit in 7-minutes 43.8-seconds, the fastest time ever for a front wheel drive car. 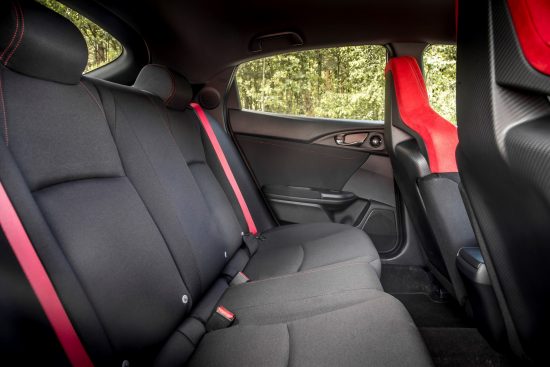 All I can say is that on my test drive around some winding Cotswold rural roads it was ‘fast’ but more impressive was the mid range response and also the ability to provide fuss-free driving in stop/start busy Friday afternoon traffic around Swindon. It wasn’t even that thirsty for fuel either.

The official Combined Cycle figure is 36.7mpg and my fast and then slow test drive returned a real-life figure of 32.3mpg.   With CO2 emissions of 176g/km, VED road tax is £800 First Year rate and then £140 Standard Rate. Company car speedy users will pay 34% Benefit-in-Kind tax. Insurance is Group 40A. 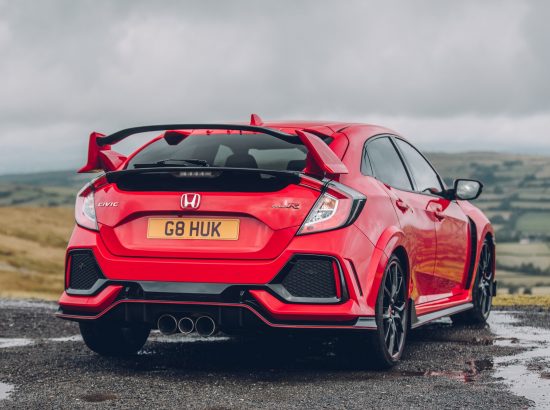 Specification is high and there’s lots of safety equipment and driver support functions. Its roomy, got a large 420-litre boot extending to 786-litres  so it can double as a relatively roomy family car without hassle. So there’s no good reason not to have one if you have to explain yourself to other members of the family or business on why you want one. You know it makes sense!

Against: Old-school design infotainment system, like or loathe exterior styling, rear seats only really designed for two people, exhaust tone could be more distinctive under acceleration.