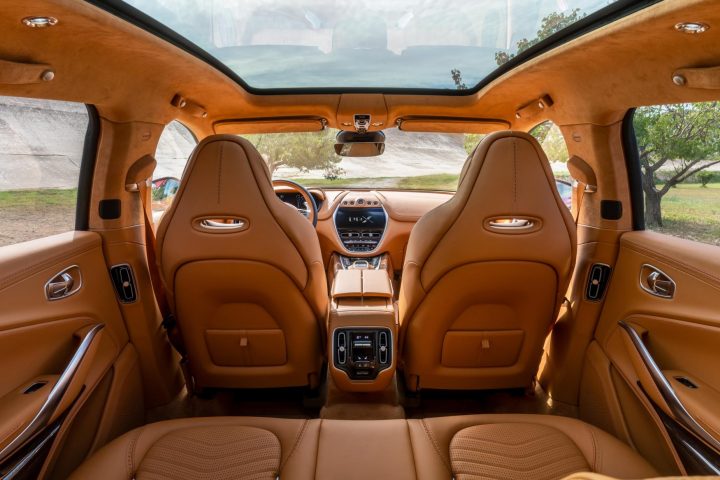 The Aston Martin DBX being built in Wales will cost £158,000 when order books open next week.

It’s globally unveiled in Beijing, China on 20 November and built in a multi-million pound new factory completed earlier this year at St Athan.

The decision to use a bespoke chassis allowed Aston Martin’s design team – led by Executive Vice President & Chief Creative Officer, Marek Reichman – to tailor the interior space to the specific needs of DBX’s customers. The length between the wheels allowed the design team to optimise cabin space while maintaining a sleek, low roofline.

Over six months were spent solely focused on defining the position of the driver within the vehicle, with enough movement in the driver’s seat and steering column to allow clear visibility of all controls, screens and through windows. Crucially, the seating position also delivers a clear view of the bonnet to give confidence when in tight proximity to other cars.

The dashboard accentuates the feeling of space and luxury in DBX. Each button and dial has been carefully positioned following extensive testing from external counsel, including the brand’s Female Advisory Board and multiple customer clinics with HNWIs of mixed demographic, ensuring the cabin develops a feeling of instant familiarity.

Into this broad sweep of dash-board the new TFT screens are integrated seamlessly, so that, despite their impressive size, the technology doesn’t interrupt the elegant overall flow of the interior design. Cabin storage, a necessity in an SUV, can also be difficult to incorporate harmoniously, but in DBX, Aston Martin’s designers have managed to create one of the interior’s standout features – a bridged centre console – creating an elegant, floating aesthetic that offers storage space below for larger items such as a handbag or large 1.5-litre water bottles. This feature keeps valuables close to hand while not occupying the passenger seat and away from dirt on the car’s floor mats.

The rear passengers were central to the design process. The design team wanted an inclusive feeling for those in the rear of the car, but without the sense that the rear occupants were leaning over those in the front of the vehicle, which can sometimes be the result of so-called ‘stadium’ seating arrangements.

The needs of children were also considered extensively and, in a new exercise for Aston Martin, a group of children were invited to share their experience of ingress and egress and sitting in an ergonomic assessment model at the company’s design studio.