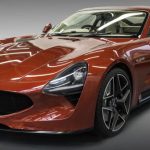 TVR is pushing ahead with plans for its proposed car production plant near Ebbw Vale. Jones  Brothers (Henllan) Ltd has been awarded the principal contract for a significant programme of works including replacement of the main building’s roof, the recladding of the building, extensive groundworks and also preparation of a prototype build area at the side of the intended main production area and … END_OF_DOCUMENT_TOKEN_TO_BE_REPLACED 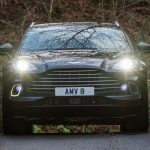 Christmas cheer comes in the shape of the new Aston Martin DBX, writes Robin Roberts.Aston Martin is a survivor in a world of hard knocks and is now looking for a smoother ride with their latest DBX sports utility vehicle. After 100 years of making some of the most sought after sports cars in the world it has applied its knowledge to what it sees as a family car, albeit for a well off … END_OF_DOCUMENT_TOKEN_TO_BE_REPLACED

Wales has lost another massive automotive investment. The £2.6 Billion Britishvolt gigaplant which held the promise of 5,000 construction jobs and 3,000 permanent posts will not now be built at St Athan and the company says it will go to a 230 acres site in Blythe, Northumberland. The decision follows a few months of talks with Welsh Government during which time Britishvolt appointed Italian … END_OF_DOCUMENT_TOKEN_TO_BE_REPLACED 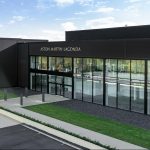 Aston Martin is probing how it became implicated in a report with inaccurate comparisons of the climate harm caused by cars powered by batteries and combustion engines and widely reported by media over the last week. One claim in the report said it took about 48,000 miles for EVs to be less polluting than conventional cars but the figure is more like 16,000 miles, according to Auke Hoekstra, a … END_OF_DOCUMENT_TOKEN_TO_BE_REPLACED 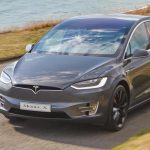 US safety engineers have issued a warning about 115,0000 Tesla models over possible suspension failure. It concerns Model S and Model X cars from 2015 and 2017 after 43 cars were reportedly involved and three years ago the car maker issued a service check advisory, Reuters reports. Britishvolt has announced the intention to site its new global headquarters in the West Midlands. The new … END_OF_DOCUMENT_TOKEN_TO_BE_REPLACED 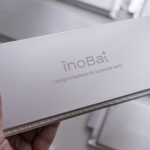 As the UK Government prepares to bring forward a complete ban on sales of new petrol and diesel cars to 2030 it has been warned by an experienced automotive engineer not to jeopardise advances. Former CEO of Aston Martin and one of the UK’s most experienced and well-known industry experts, Dr Andy Palmer, welcomed the news as a step towards achieving a net zero carbon future and potentially … END_OF_DOCUMENT_TOKEN_TO_BE_REPLACED 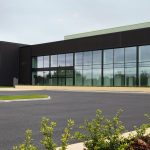 Aston Martin's future electrified vehicles will have Mercedes-Benz powertrains when they go into production in St Athan in a few years. The technical deal is part of a massive investment by Daimler taking a 20% stake in the British luxury car-maker over the next three years. The two have been working together since 2013 when MB supplied petrol engines to the sports cars made in Gaydon and this … END_OF_DOCUMENT_TOKEN_TO_BE_REPLACED 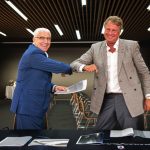 A company which has styled Ferrari cars and some of the world’s most iconic automobiles has been commissioned to build the Britishvolt battery gigaplant at St Athan. Pininfarina has more than 90 years at the forefront of innovative automotive design, and more recently an expansion into the field of architecture. After decades of working with top brands such as Ferrari, Alfa Romeo and Peugeot – … END_OF_DOCUMENT_TOKEN_TO_BE_REPLACED 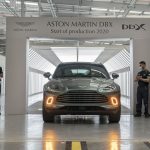 Aston Martin production of their luxury £154,000 DBX SUV started today in Wales. The big four-door model was announced for St Athan, some 20 miles west of Cardiff, in 2016 and over the last four years the company has been converting three massive superhangers into the company’s latest production centre at the former RAF base. It has gradually taken on over 600 employees to make the bespoke … END_OF_DOCUMENT_TOKEN_TO_BE_REPLACED 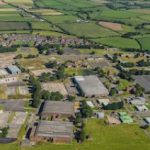 A £1.2 Billion deal is close to being signed to bring over 3,500 and up to 15,000 jobs with a new massive car batteries plant adjacent to the Aston Martin Lagonda facility at St Athan, in the Vale of Glamorgan. UK start-up battery manufacturer Britishvolt has shortlisted the site at the former RAF base next to where AML (above) started making their luxury DBX SUV in December and where it also … END_OF_DOCUMENT_TOKEN_TO_BE_REPLACED