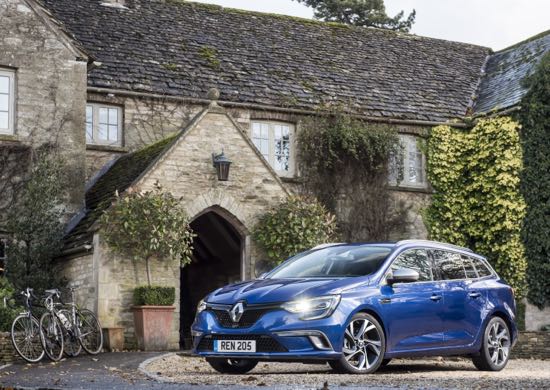 The eagerly awaited estate version of the Renault Megane brings additional room and practicality to the range.

Mechanically the same as the immensely popular Megane Hatchback, the Sport Tourer offers a basic boot space with a low load floor of 521 litres.

Folding away the off-set split rear three seats gradually increases this to 1,504 litres. It has a space-saver spare under the floor and a useful additional compartment to stow items, as well as recesses in the rear wings so you have a well-shaped carpeted loadbed for everyday use and quickly dropping the back seats triples the available space and the fifth door opens high for ease of use.

Renault has struck a very good balance between the carrying ability of the Megane Sport Tourer and a comfortable ride when very lightly laden, but the comfort diminished as we tried models with the optional 18-inch wheels. A 16-inch set is standard and our optional 17-inch shod 110 was still comfortable but it the firmer sprung 205 sitting on 18-inch rubberware was distinctly harder over poor surfaces.

Two petrol and two diesels are currently available and they will be joined in Spring 2017 by a hybrid assist version. 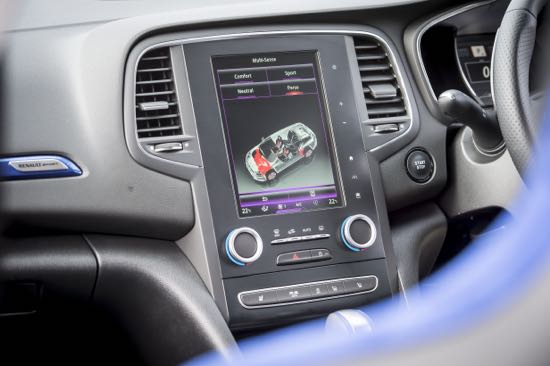 Gearboxes are six-speed manual or six and seven-speed autos and options include a four-wheel-steering pack on the GT. Following in the tracks of the Megane Hatch, the Sport Tourer comes with a host of desirable safety features and up to five EuroNCAP stars, the acclaimed BOSE sound system and five driving modes to personalize cosmetic and dynamic settings. 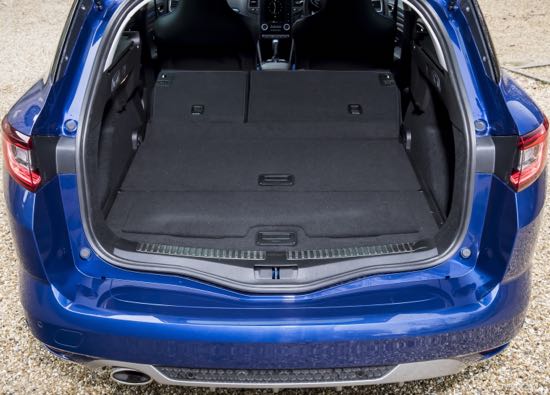 Renault has extended the appeal of the Megane with the Sport Tourer.

What the hatchback may have lacked for some buyers looking for more room, the new addition makes up for and without destroying or compromising the comfort.

It is a big range of petrol and diesels, manual and automatics and in a total of seven trim and equipment levels with low emissions or higher performance, really mirroring its hatchback stablemate.

There are good reasons to buy an estate if you don’t want the bulk of a crossover and the Megane ST offers room with refinement and an easy driving nature.

We tested the perceived best seller, the Dynamique S Nav dCi 110 six-speed manual and it had a reasonable performance and showed a shade under 50mpg over a mixture of A and B class roads.

On optional 17-inch wheels and tyres the car was still comfortable despite a degree of wallowing and roll over undulating and twisting roads but it held on and never lost its footing.

Once underway the pick up was good with one person aboard, and while the clutch pedal seemed to have long travel the gearchanges were short and precise, the brakes worked well and the steering had a good ratio for country or town use.

The top of range GT Nav 205 Auto was firmer on the road with sharper responses and a slightly stiffer ride on its 18-inch lower-profile tyres but it still felt agreeable on bad bits of tarmac.

The autobox is not the most responsive I have driven with a noticeable delay to kickdown but once underway the self-selecting changes were very smooth and quiet.

Road noise was probably the most distinctive as engine and wind noises were low. 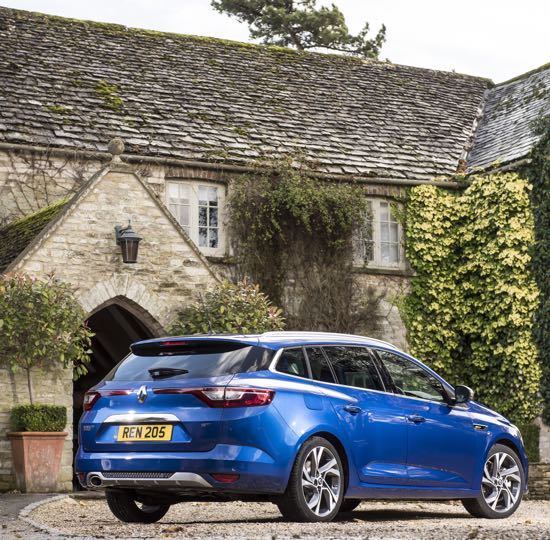 Over an identical route to the less powerful model, the 205 returned 37mpg average, some way off the other car, but still a respectable figure.

For a sporting model it also offered room for four or five with reasonable rear legroom and I think the interior detailing, fit and finish put it on a par with the best in class but which would cost a lot more.