The one-time cheap Kia Picanto has moved on with the third generation now reaching showrooms and selling itself with sophistication in the spec-list, says Robin Roberts.

That’s good news, but there is still better news because it’s not priced itself out of the all-important A-sector for city cars.

The market has changed and so has Picanto because it’s now only available in five-door style as that’s what users want.

Picanto has also changed because it’s bigger inside and gets a lot of standard kit which you would have struggled to find on some executive cars a few years ago let alone mid-sized family favourites.

So, Picanto does give you more for your money, but how does it perform nevertheless ?

Currenty there are nine versions utilising two petrol engines, two gearboxes and five trim levels from £9,450 to £13,950 but more will be added, including a highly sporting range-topper.

This accounts for about 42% of anticipated Picanto sales and in the UK we buy a quarter of all Picantos sold in Europe, and it’s consistently in the British top five. 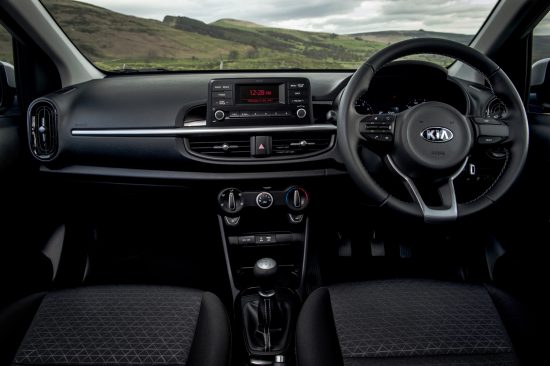 It‘s a really good make-over inside, higher grade upholstery and fittings, neatly shaped fascia and everything works with a solid feel. The busy engine sounds noisy under pressure and it struggled up longer hills but it held its own on main roads even if you have to very carefully judge overtaking opportunities.

I thought it was too low geared and wished for a sixth gear on a number of occasions but then settled with what I had and found the economy was good despite some hard driving.

The gearchange was light and easy, the clutch progressive and short acting, while the steering made town driving a dawdle with its low effort and very tight turning circle, with power assistance on the level 2 grade.

The brakes were up to their task and slowed it without drama or fuss and the parking brake securely held it on our regular test slope.

Secondary stalks, steering wheel and fascia switches were as close as you’d expect in a city car and they worked well with simple instruments infront of the driver and a small screen.

The heating and ventilation was simple and worked well although it seemed at its limits on some hot days and the directional control could have been better and system quieter.

The 2 series pack includes powered windows and mirrors, central locking, stability control and dual band radio. It’s a good level to look at in this range. 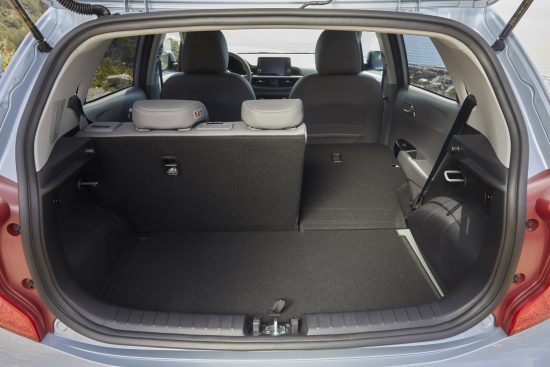 Oddments room was ok but not exceptional and the compartments were on the small side while the boot rose from about 250 to almost 1500 litres with the rear-seats folded.

In the back seats the room was best for a child or teenager but anyone above average height would find knee-room tight even if the headroom was clear.

Those infront had noticeably more room and the seats showed a good adjustment range and were very well shaped and supporting.

Visibility was good with a low waistline, good wipers but only moderately bright headlights at night.

It smoothly rode over most surfaces but you could hear the suspension working away because the Picanto 2 was otherwise a quiet car with little wind or powertrain noise at sensible speed. 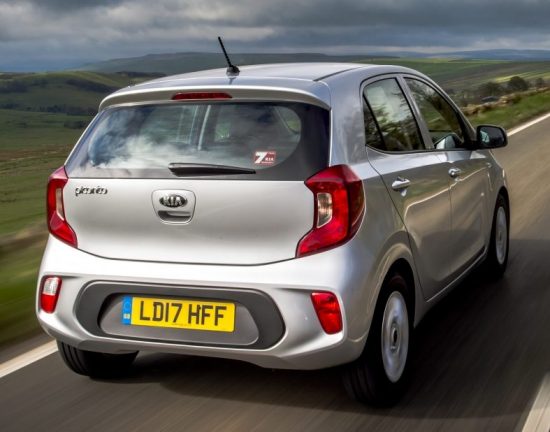 The handling is what you’d expect from a city car not a sporting model. It was agile with some body roll on tighter turns and it was safe and predictable in nature.

It did not disappoint yet it surprised with its refinement and I can see it winning repeat orders from former Picanto owners as well as winning over new ones helped by its very long warranty and new-found sophistication.