UK drivers heading to France this summer are in the dark about new roadside cameras and a range of French driving rules, says RAC Europe . As families gear up for the summer getaway, six-in-10 drivers who take their own cars or motorbikes abroad (63%) are not aware tailgating is illegal in France, as it is in the UK. While half (49%) do not know that the only legal way of using a handheld mobile … END_OF_DOCUMENT_TOKEN_TO_BE_REPLACED

An on-line petition has been started to install average speed cameras on moorland roads over Gower. It follows a rise in death and injury to animals grazing the land and struck by traffic which is already subject to a 40mph limit.  A review is underway to alleviate parking congestion on the A5 through the Ogwen Pass at Nant Ffrancon which is extremely popular at weekends. The Welsh … END_OF_DOCUMENT_TOKEN_TO_BE_REPLACED

Car breakdowns are expected to escalate to one every four seconds during the hot spell.  Green Flag is urging drivers to examine their vehicles before embarking on their travels, as it predicts that up to 86,000 car breakdowns will occur before Sunday.  Transport for Wales, the not-for-profit company wholly owned by the Welsh Government responsible for driving forward the Welsh Government’s … END_OF_DOCUMENT_TOKEN_TO_BE_REPLACED 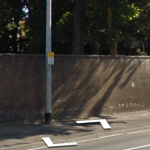 A speed camera on North Road, Cardiff has generated £840,000 fines from motorists, according to data sent to BBC Wales. It’s the biggest earning camera in Wales, where £17.1 Million was collected in 2016, and now the RAC Foundation for Road Safety is calling for the North Road site to be investigated for poor signage, layout or other reasons to explain the high number of offences. The surge … END_OF_DOCUMENT_TOKEN_TO_BE_REPLACED

Automatic speeding fines issued on the A55 through the Conwy tunnel will be cancelled. Speed camera bosses have apologised to scores of drivers after a blunder meant prosecutions were issued by mistake when the devices were not recalibrated to 70mph after the recent roadworks finished earlier than expected and the 40mph temporary limit was lifted. Tens of thousands of jobs are expected to be … END_OF_DOCUMENT_TOKEN_TO_BE_REPLACED

High-mileage drivers are more likely than any other type of road user to think speed cameras have ‘little or no influence’ in reducing the numbers of road casualties in the UK, according to a white paper issued by the Institute of Advanced Motorists’ Drive and Survive division. The paper, titled Speed Cameras – The Views of High Mileage Drivers, also found 28% of high-mileage drivers have a … END_OF_DOCUMENT_TOKEN_TO_BE_REPLACED