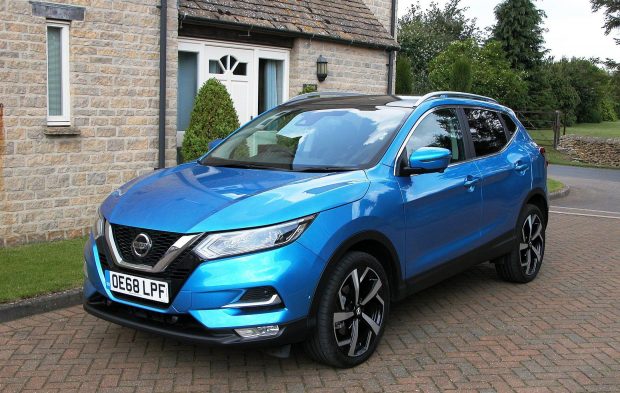 The British built Nissan Qashqai is today generally recognised as the founder of the Crossover vehicle market sector when it was launched in 2007, wrties David Miles.

It offered SUV styling with family hatchback sizing and practicality with 2WD and 4WD traction options.

But it was in fact the Matro Rancho launched in 1977 that brought the ‘off-road look’ to the family hatchback market at a much lower price than the aspirational Range Rover large SUV.

Today the new and used car markets are awash with SUV, Crossover, Dual Purpose and 4x4s, all different titles with the same off-roader looks and some more capable away from the tarmac than others. Sales of such vehicles remain the only market sector to show growth in the UK and globally.

The Qashqai is the long-term sales leader in the Crossover/SUV sector with 50,546 sold in the UK last year making it the UK’s fourth best selling new car range overall. So far for the first six months of this year 29,180 have been sold in the UK putting in fifth position in the new car top ten sales chart with its closest Crossover/SUV rivals remaining the Ford Kuga and Kia Sportage. In Europe the Qashqai remains one of the best selling models of its type alongside the Peugeot 3008, Ford Kuga, VW Tiguan and the smaller Renault Captur. 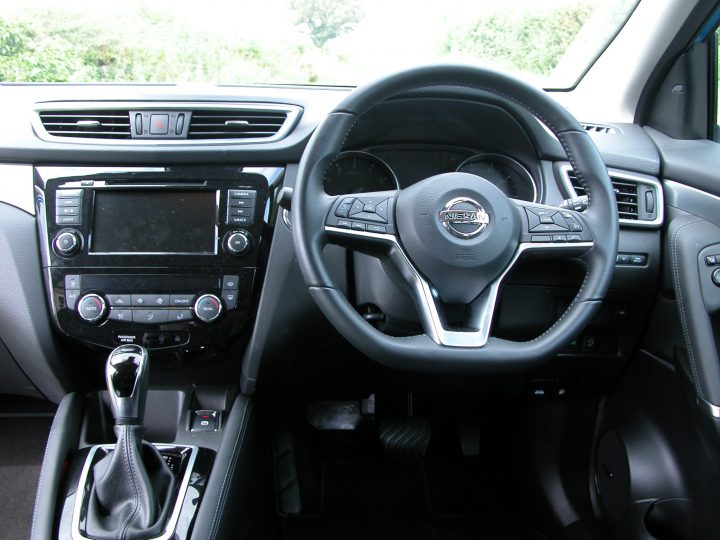 The Qashqai recently received a major refresh of the second generation model launched in 2014 and the evolution continues with the introduction of new engines and prices.

There is the choice of two new 1.3-litre DIG-T turbo petrol engines with 2WD – a 140hp manual and a 160hp 6-speed manual or 7-speed automatic, a 1.5 dCi 115hp turbodiesel manual and auto  with 2WD and a 1.7 dCi 150hp turbodiesel with manual and auto gearboxes with 4WD as standard.  Specification grades, depending on the engine chosen, are Visia, Acenta Premium, N-Connecta, Tekna and Tekna+.

The Qashqai’s story is one of evolution with continual changes to specification and updated engines with modest changes to its overall desirable size and styling. Produced at Nissan’s Sunderland plant in the UK over three million have been built to date and sold in over 100 global markets. 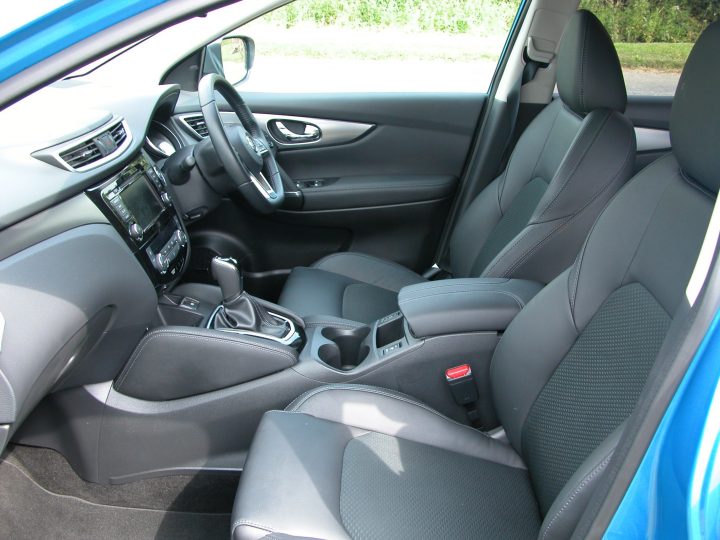 Some of the most recent changes include a revised exterior design, a higher level of interior quality, improved driving performance and the addition of Intelligent Mobility technologies including the ProPILOT autonomous driving capability which can control the steering, acceleration and braking in a single lane on main roads during heavy traffic and high speed cruising and this became available in the Spring of this year.

Also relatively new is the NissanConnect infotainment system. It provides customers with intuitive integration of their smartphone with the vehicle, plus the ability to download Over The Air (OTA) map and software updates. Apple CarPlay and Android Auto are included as standard on all grades except the entry level Visia. Users are encouraged to download an all-new app called Door to Door Navigation to their smartphone to unlock enhanced functionality. New NissanConnect also features TomTom Premium Traffic, which provides e real-time traffic data to optimise travel time. 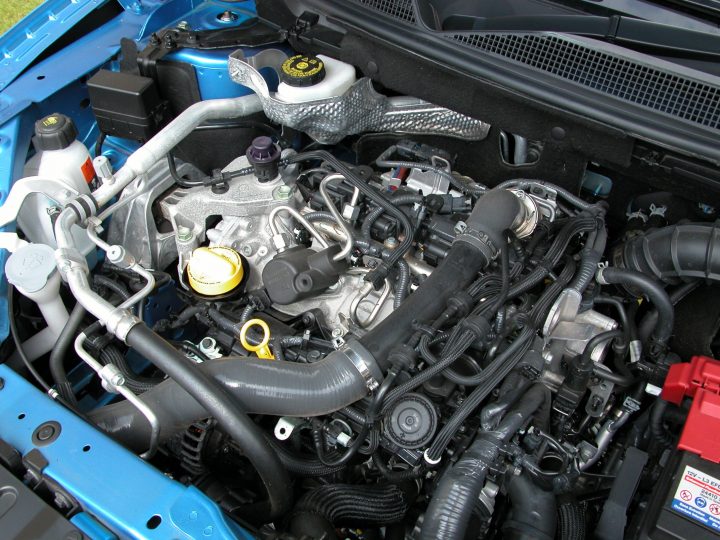 But the most recent changes include the introduction of new engines and for this road test I have been driving the new 1.3-litre DIG-T 160hp turbo petrol mated with a 7-speed DCT twin clutch automatic gearbox and with its standard 2WD traction system priced at £29,450 but the car had the £745 Vivid Blue metallic paint and the £450 Panoramic Glass Sunroof option giving a total price of £30,645. 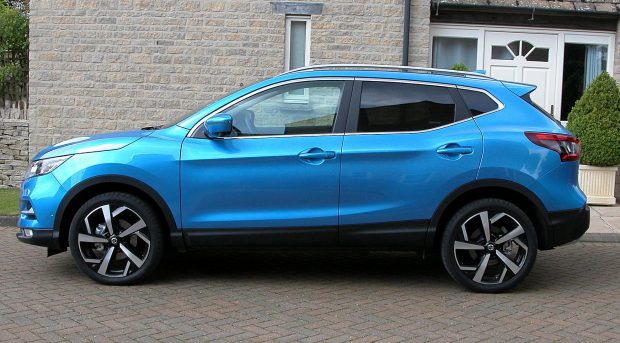 This engine comes from the Renault-Nissan-Mitsubishi Alliance but it also involves collaboration with Daimler who will use them for their Mercedes-Benz models.

The 160hp 4-cylinder turbo petrol unit mated with the 7-speed automatic gearbox is a smooth easy fit combination.  With 270Nm of torque from 2,000rpm upwards the power delivery is responsive and linear giving a top speed of 123mph and a zero to 62mph acceleration time of 9.9-seconds which doesn’t cause any alarms despite is relatively small engine capacity in what is quite a substantially sized vehicle. With ‘longer’ 5th,6thand 7thgear ratios the official Combined Cycle fuel consumption figure is 49.4mpg  and my week of driving returned less than that at 44.5mpg which given it’s a petrol engine isn’t too shabby and realistic.

I found this new and impressive engine to be remarkably smooth, refined and quiet and for its size certainly one of the best new generation petrol engines available anywhere today and now the benchmark petrol unit in its class. 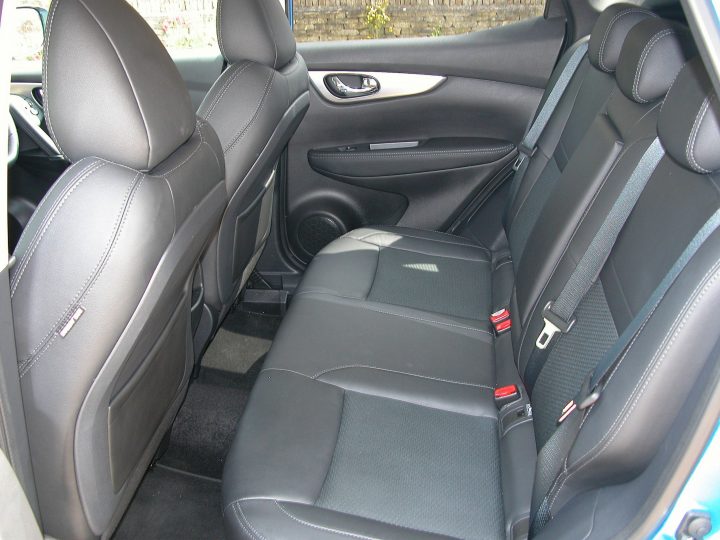 Company car drivers will pay 30% Benefit-in-Kind tax. Insurance is Group 19E and warranty is a modest 3-years/60,000-miles but service intervals for the new engine have risen to 18,000-miles or every 12-months.

Overall this new EU 6d TEMP compliant engine is a sound and sensible choice for most users but there is still the choice of a less powerful petrol unit or two diesel options for higher mileage business users and of course the larger diesel engine has 4WD traction as standard for those that want extra driving securities for on and off-road travel. 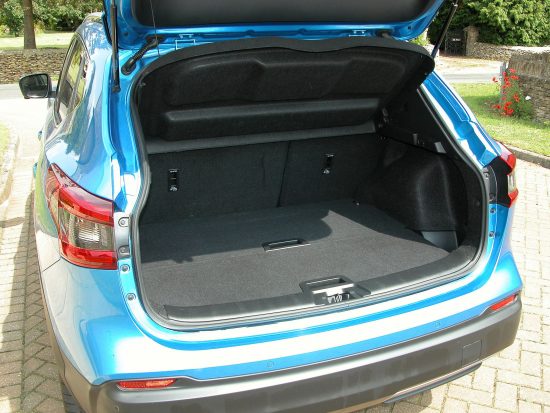 With an overall length of 4,394mm today’s Qashqai continues its original design concept of being a sensibly sized five door, five seater family car with an elevated seating position and an reasonably sized 403-litre boot which can be extended to 1,598-litres by folding down the 60/40 split rear seat backs.

With a long-ish wheelbase length of 2,646mm rear seat legroom is good as is headroom throughout and access is easy through the wide opening side doors. There are also plenty of storage containers for drinks containers and oddments throughout the vehicle making it family-friendly.

But the Qashqai’s secret to its undoubted and proven sales success is that it meets the needs of so many types of users. These range from young sporting types, to families young and old, to child-free empty nesters and the numerous numbers of them I see on our roads prove it suits company and business users as well and it is a very popular model in the Motability market sector because of its user-friendliness. It seems a reasonably priced, well behaved, well equipped car for all occasions and of course the must-have SUV styling is another reason for its success.

It seems a painless to own vehicle in most ways, it is fit for purpose, easy to live with, easy to drive and comfortable. Even fitted with the 19-inch standard ft for the Tekna spec level alloy wheels the ride was compliant and the handling well balance. Of course this is some body roll during corner due to its elevated stance on the road but it will be hardly noticeable by most users.

I’m not going to list all the specification the Tekna model has, just to say it’s comprehensive with all the latest driver support safety features which are now more or less commonplace. The interior looks smart, yes there is plenty of dark soft touch plastic trim but it’s very durable and helps with the proven longevity of the vehicle. Perhaps the NissanConnect system could have a larger touchscreen. It’s only 7-inches which seems a bit small these days by comparison to other SUVs in this class but at least it’s easy to use and seemingly accurate with separate heating and ventilation controls. The TomTom Connected Services function is excellent. 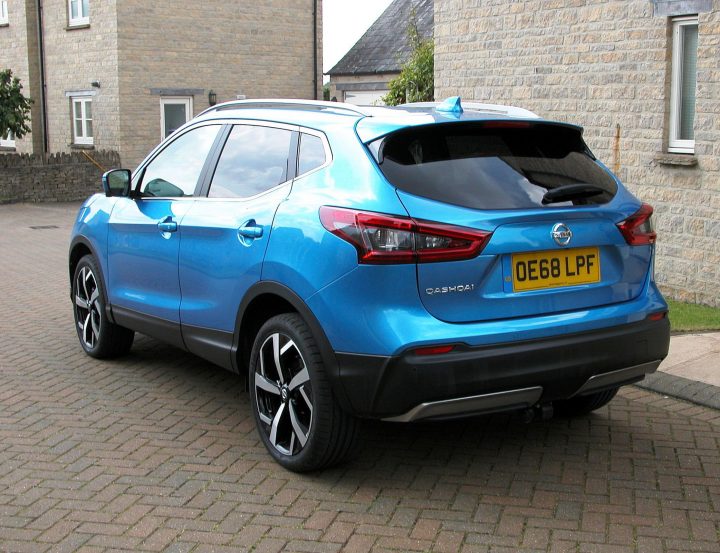 It all sounds too good to be true I know, but its proven global sales success speaks volumes as to why customers wanting a mid-sized SUV, despite the numerous competitors, shouldn’t overlook the Qashqai – not least of all because it’s built in Britain.

Against: Hardly anything but a larger touchscreen would be nice as would a more generous warranty period.