You are here: Home / News / Classic / End of the road for some familiar cars, say Vehicle Contracts

Motor leasing company Vehicle Contracts has conducted in-depth research to find out which car models are expected to disappear completely from UK roads in the next decade and there are a few surprises. 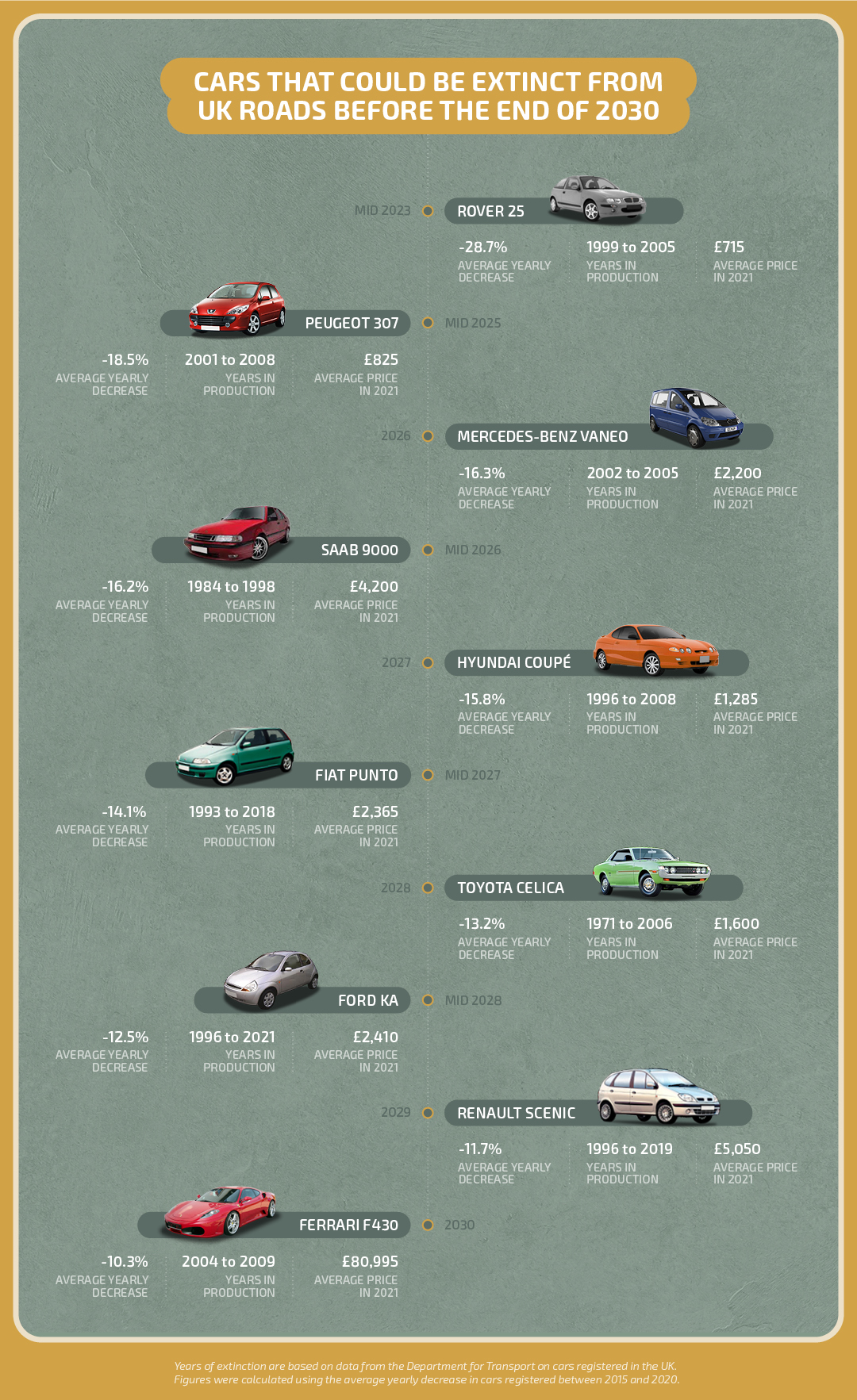 This iconic car which was created by Rover was a staple in the ‘90s and ‘00s but sadly, only has a couple of years left based on their yearly decrease rate of -28.7%.

Another fundamental motor in the 2000s, the Peugeot 307, could be gone as soon as mid-2025. The impressive car was Peugeot’s equivalent to the likes of the Ford Focus but was pulled from production in 2008 to be replaced by the Peugeot 308.

The Ford Ka is the most recent model to cease production on the list. Being pulled in 2021 after 24 years on the market, Ford’s premier small car could be gone as soon as the middle of 2028 thanks to its annual depreciation of -12.5%.

Closing out our list is the Ferrari F430 which could be gone before the end of 2030. This is the most pricey vehicle on our list, with an average price of £80,995, however, its numbers are still dropping by over 10% each year.

It seems we Brits love to hang onto our old motors. A huge 385 models have ten or fewer registered in the UK. This includes classic cars like the Chrysler 180, Ferrari SF90, McLaren Elva and many more giving you a one in 13 million chance of seeing these vehicles. 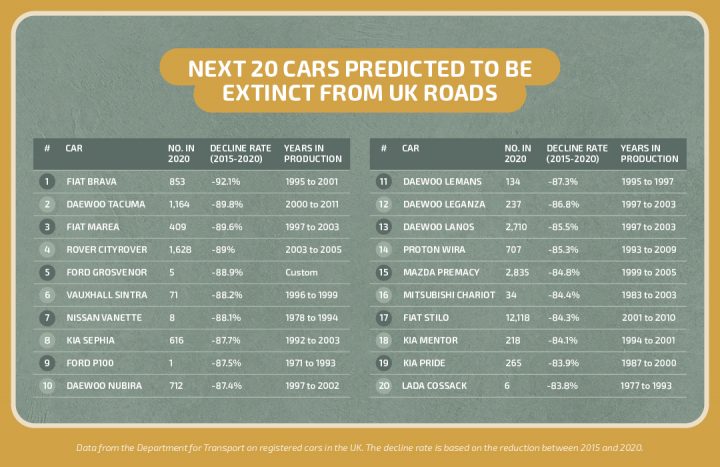 In the top spot is the Fiat Brava with only 853 left in the UK. With the highest depreciation rate between 2015 to 2020, the Brava saw a massive reduction by -92% suggesting it could be extinct in the next couple of years. Daewoo Motors are quickly leaving UK roads with five vehicles in the top 20 list.

Interest in the car drops

How can endangered cars be saved?

Retrofitting your car is the perfect way to hang onto your treasured motor whilst making a switch to green energy.

You maintain everything you love about your classic car, the look, feel, and history, but you should improve its reliability and usability – preventing those frustrating breakdowns associated with classic cars. If you’re a budding mechanic, you could take on the retrofit yourself but as demand increases, so does the number of companies offering classic car conversions.