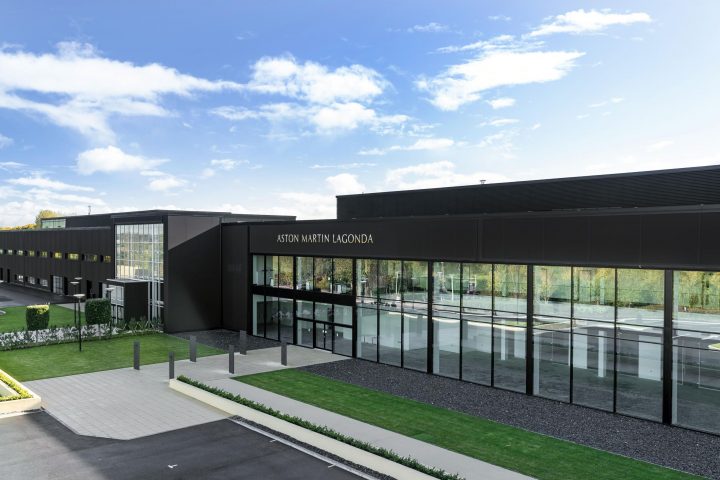 While Gaydon continues to be the home of the company’s sports car production, St Athan is the home of Aston Martin’s first SUV, the DBX. Upon the commencement of full production at St Athan in the second quarter of 2020, the company will have created up to 600 new highly-skilled jobs, rising to 750 at peak production of 4,000 models annually. 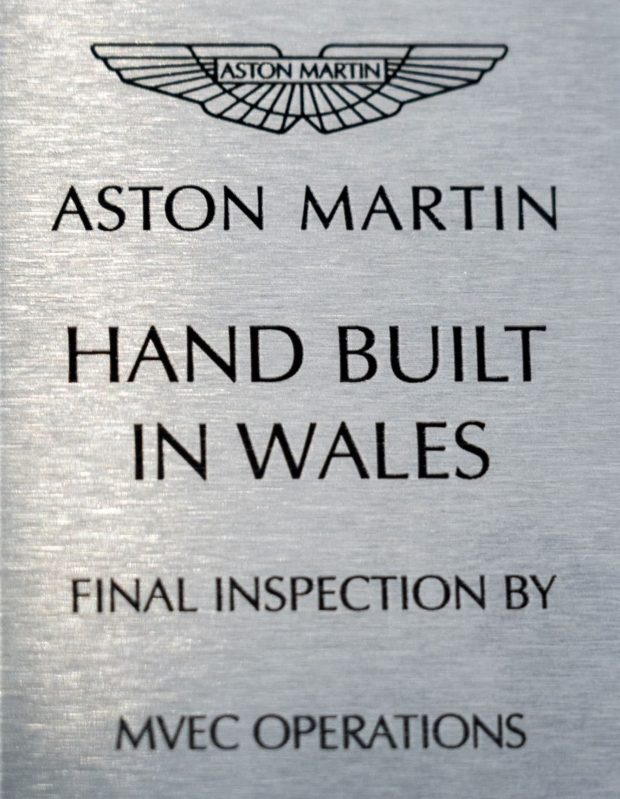 Aston Martin Lagonda President and Group CEO, Dr Andy Palmer said,  “Opening our new manufacturing facility at St Athan today is a pivotal day for Aston Martin and a vote of confidence in the UK, with the facility projected to employ up to 750 highly-skilled workers at its peak.

“St Athan is a critical step in delivering our new car, DBX, which will be built in the new facility. The opening of St Athan is a hugely important milestone in the company’s growth plan and integral to our ambitions as a global luxury brand with a presence in all major sectors of the market.”

First Minister of Wales, Mark Drakeford added, “Today is a proud moment for Aston Martin, the Welsh Government and for Wales.

“Locating this world class and globally recognised brand in St Athan is a huge vote of confidence in the Welsh workforce. It is an example of the Welsh Government’s support and can-do attitude driving economic growth and creating jobs.

“I look forward to the first made-in-Wales Aston Martins rolling off the production line next year.”

The search for the best personnel began as soon as the purchase of Ministry of Defence (MOD) St Athan was announced in February 2016.

Aston Martin launched a recruitment campaign in Cardiff, which attracted over 3,000 applicants, and within six months the first 40 employees had been hired. Creating world-class cars requires highly-skilled personnel so the new Welsh workforce began their careers with Aston Martin at its Gaydon headquarters, building DB11s.

This core group of experts are now training new employees at St Athan as the workforce grows, ready for the start of DBX production in the second quarter of 2020.

Andy Palmer added. “Everyone involved in the creation of our new St Athan facility should feel proud today.  It has taken a lot of hard work to get to this point. Our core business of producing beautiful, hand-crafted cars in England is now extended to Wales, which is extremely pertinent to us as a GREAT British company.“ 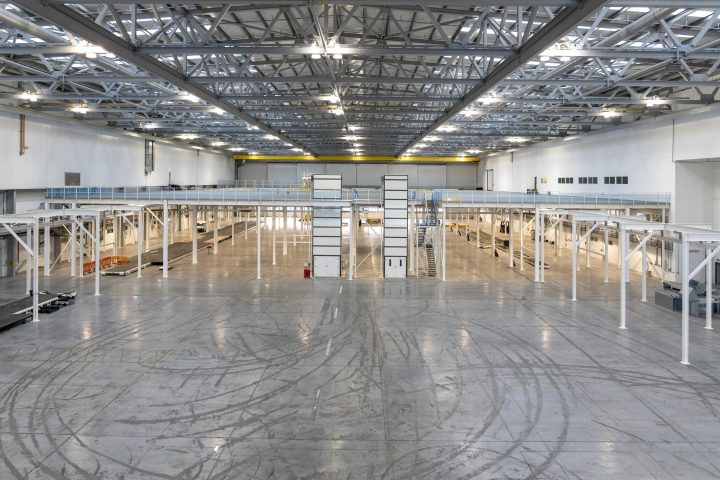 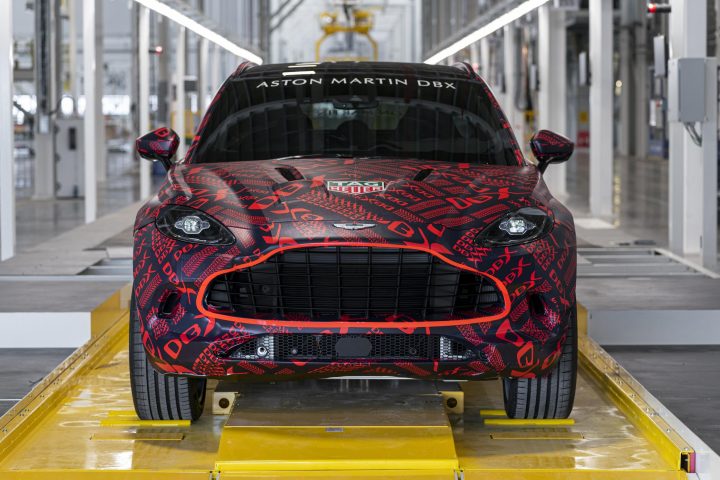 In 2016, Aston Martin Lagonda chose the 90-acre St Athan to be its newest centre of manufacturing excellence in the UK.

RAF St Athan officially opened in 1938 as the home of the No.4 School of  Technical Training, which was soon expanded with the arrival of a fighter group pool the following year. The base was home to 14,000 personnel during World War II and was used for training both ground and air crew.

After the war, St Athan continued primarily as a training facility and also the major RAF maintenance base for aircraft including Vulcan, Phantom, Harrier, Tornado and Hawk. The last aircraft to be serviced there departed in February 2012. 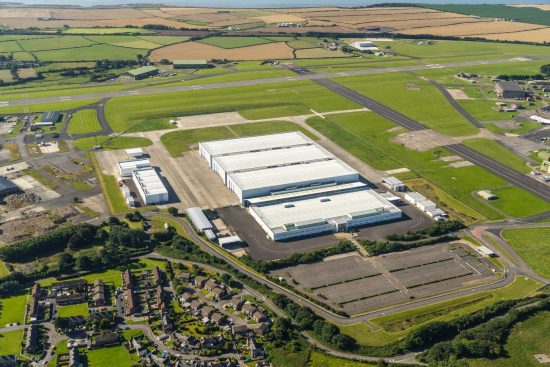 Since 2016, St Athan has undergone a three-year transformation from Royal Air Force base to state-of-the-art manufacturing facility.

Phase I of construction began in late 2016 with the creation of the customer and staff reception areas, administration and management offices and the employee restaurant.

Phase II got underway in Spring 2017 after the ceremonial handover of the three super-hangars that now house the new manufacturing facility from the MOD.

The final phase to fit out the now converted super-hangars got underway in late 2018, ready for pre-production to commence in 2019.

The completion of the St Athan facility means that it joins the marque’s Gaydon headquarters and its Wellesbourne and Newport Pagnell facilities as a centre of the highest quality of British craftmanship and engineering. 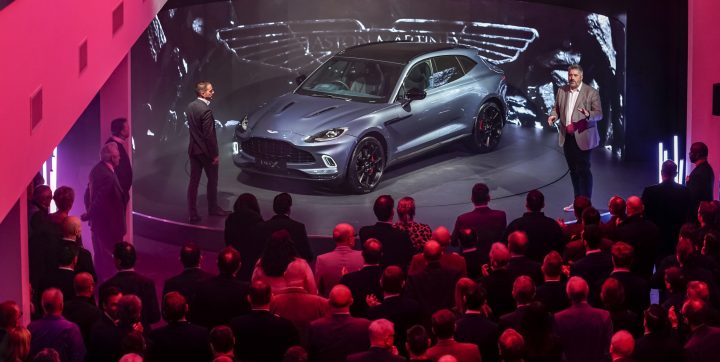 Revealed last month, the Aston Martin DBX will go into full production at St Athan in the second quarter of 2020.

The British marque’s first SUV has been through an intensive development process, which fittingly began in the forests of Wales to test the mettle of the new, dedicated SUV platform.

The commencement of production of the Aston Martin DBX will be an important moment for the brand.  The DBX is a true Aston Martin; it captures the very spirit of the brand as a beautiful hand built, yet technologically advanced car. Around 90% of production is expected to be exported and sold overseas.

Last night, Dr Palmer was the keynote speaker at the annual Welsh Automotive Forum networking dinner following an automotive summit meeting organised by the Welsh Government and he praised all who had worked to get Aston Martin to move into Wales for their new DBX assembly.

“St Athan was actually the first place we looked at when considering the location for DBX production,” said Dr Palmer. “From that moment on the Welsh Government and Welsh Automotive Forum kept onto us and promoting the site and Wales and they could not have been more helpful.”

He added, “When we started looking for 750 employees we had over 3,000 applicants turn up for the positions and the team we have taken on has shown itself to be willing and eager to embrace Aston Martin”

With the DBX, Aston Martin says it has pushed the boundaries of British design and engineering talent and he concluded by saying that Wales had embraced the company and all it stands for and made it very welcome. 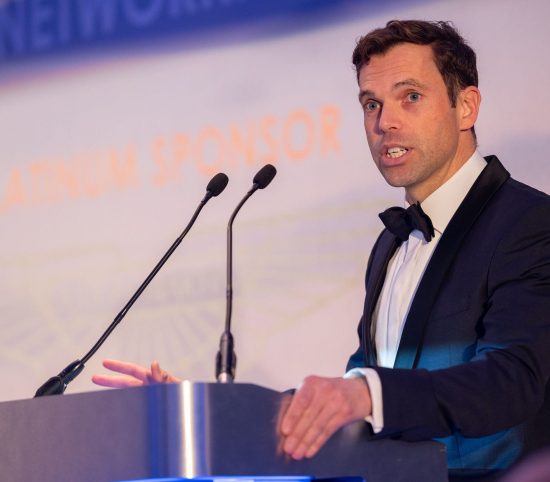 Economy Minister Ken Skates also paid tribute to the incoming manufacturers and said Welsh Government would tirelessly work to secure new investment and grow businesses already in Wales, adding, “We want to prove your future can be here in Wales creating employment, opportunities and being successful.”

WAF chairman Prof Richard Parry-Jones added that the automotive sector in Wales was seeing a new era developing with the arrival of Aston Martin, the Ineos Grenadier 4×4 factory outside Bridgend and TVR near Ebbw Vale and these would be catalysts for further investment by vehicle manufacturers and components’ suppliers in future.