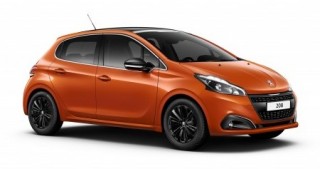 Now and then you wonder if there is something surreal about car sales when you look at the Peugeot 208.

It’s the company’s best-seller in Britain but it rarely makes it into the top ten sales where it really deserves to be.

Just why it hovers outside the top group is hard to explain unless you discover the deals which some rivals are willing to underwrite to secure a sale, bonus and target. Then it becomes clear, rivals are effectively buying their way into the top ten club. Don’t get me wrong, Peugeot dealers will do a deal, but it may not be as attractive as a rival even if the Peugeot 208 is better by a long way in the metal.

Launched in 2012 the Peugeot 208 has undergone comprehensive refreshment, looking different outside and more-so inside, with new panels and equipment which is the latest in technology while the improvements update the engines as well and make them cleaner and more efficient. The largely cosmetic changes improve the car at a stroke while the powertrains are virtually the same as before but that’s not to decry them, rather reinforce how good they were and are today.

We tested the newly introduced 110bhp 1.2 litre PureTech petrol turbo with its stop&start technology and destined to become one of the most popular, emitting 103gkm.

This compact, capable and clean little engine is a delight when mated to the five-speed manual gearbox, providing strong acceleration from standstill, through the gears and cruising on main roads.

You are aware it’s a three-cylinder from the busy engine note when accelerating but it really does go well, and economically. We managed almost 45mpg overall and a mixture of roads, but including a lot of urban motoring, and that was impressive without having to suffer lack of response or slowness when overtaking traffic.

The dynamic qualities of the Peugeot 208 Allure 110 meant it handled easily in town, with agility on country roads and was very stable at motorway speed and unaffected by crosswinds. Sometimes it felt like a bigger car because it went so well at about 28mph/ 1,000rpm. 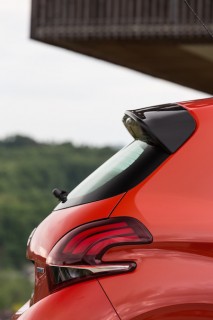 Access was good, adjustable manual front seats were comfortable and the major and secondary controls were well laid out and worked without effort. I think some would like more rear legroom and oddments space, but the boot held from 285-1152 litres as the seats folded behind a low rear sill.

Visibility was very good with low waistline, big windows, good wipers, effective climate control and bright headlights but you can specify a costly reversing camera if you wish.

Apart from the engine note when pushed there were background road rumbles and suspension noise but hardly any wind buffeting. The Peugeot 208 took all surfaces in its stride and without complaint with a little body roll on tight turns, yet it had very good roadholding and manners.

It stands out as a particularly stylish family small car and its higher initial costs and options mean it will hold its value better when it comes to part-exchange.