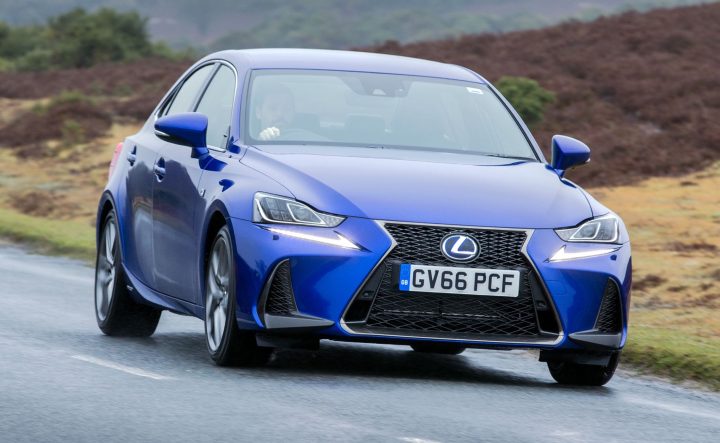 The market for compact sports saloons is arguably one of the toughest and was dominated by the German brands, until the arrival of the ‘baby’ Lexus.

That all changed in 1999 when the first petrol Lexus IS200 hit the road and we are now into the third generation offering the pure petrol IS200t, or as here, a hybrid petrol & electric powertrain in the IS300h. Using the parent Toyota company’s knowledge and experience of hybrid systems, it’s a very refined system.

The Lexus IS300h is sold in six trim levels sharing the same petrol-hybrid powertrain with different trim and suspension settings which work out at 14 versions, and priced between £30,000 and £40,000.

The highly sophisticated powertrain means it nearly always silently starts in electric mode and will run like this until the system senses more power is needed.

You can hold it in electric mode, select auto mode or choose a power setting which optimises everything to gain performance.

The big petrol engine has been tuned not for outright performance but for a balance between pulling power and economy and relies on the attached electric motor to give the additional urge when needed. 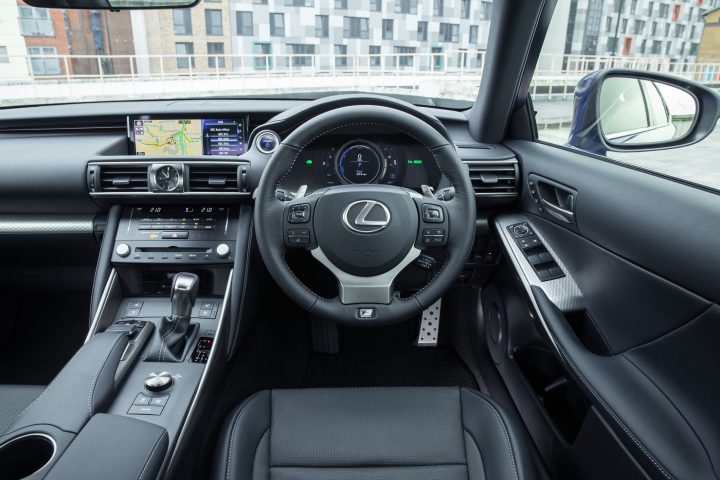 It therefore has respectable but not rapid performance on road and it’s down to the driver to make the most of it with the continuously variable transmission, either through its manual sport mode or left to kickdown. It all works very well and cross-country journeys are smooth and swift.

The combination of petrol and electric power left to its own produced a good average fuel consumption figure in the mid-40s, but still a long way off the claimed 65.7mpg suggested in official tests.

Engine noise was muted and probably the CVT made itself heard more than the engine except under heavy load, but the road rumbles constantly in the background were more intrusive.

That said the IS300h actually rode very well over all surfaces with little roll or pitching, soaking up tarmac changes, small breaks and some bigger depressions without too much being felt inside.

It responded sharply and accurately to steering input with good grip despite being only rear wheel drive, and it handled in an entirely safe and predictable manner.

I thought the power of the brakes underfoot was reassuring with modest pedal pressure bringing about rapid deceleration in a well controlled manner and the electric parking brakes securely held it on our regular test slope. 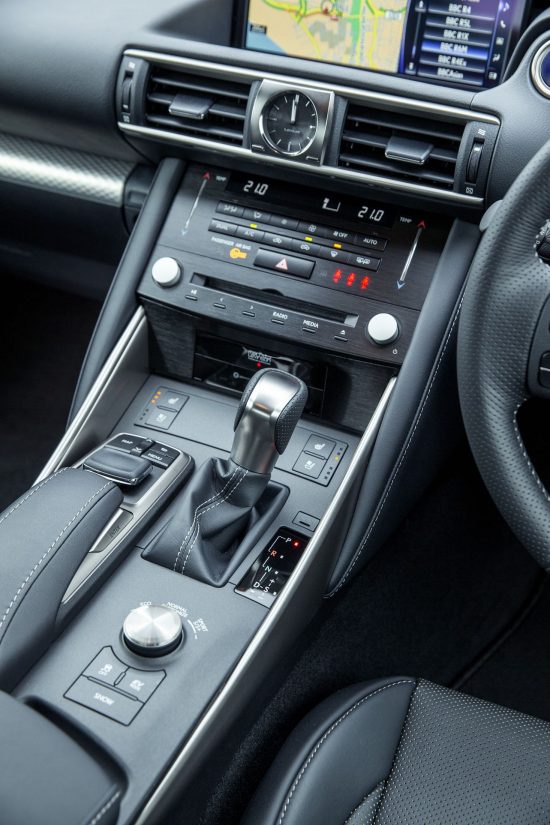 Commonly used secondary controls were nicely placed for immediate use around the column and on the wheel-spokes but some switches were hidden out of sight on the lower right of the fascia and the central console carried a big infotainment screen and related buttons which were both easy to use and understand.  Dials infront of the driver were big and clear to show selected settings. Heating and ventilation worked well throughout with good temp control, adjustment and output, backed up by powered windows. I did struggle a bit with some slim oddments spaces and the boot is reasonable though not outstanding in capacity but it has a large opening for a few big cases to slip in. 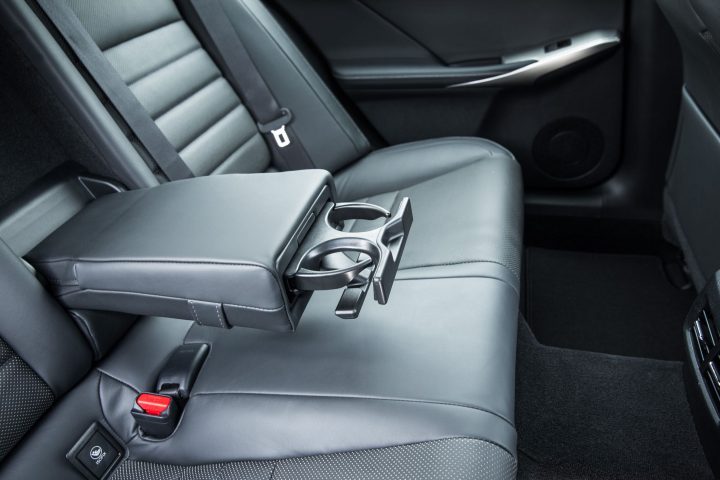 Access for four or five people was straightforward, the head and legroom adequate and those infront had very good adjustment range on seats and a moveable column for the driver to tailor to taste. Front seats were very well shaped, supportive and comfortable.

Visibility was excellent with a low waistline, big windows, auto-headlights, decent wipers and a useful sensor and camera system when parking.

Covering ground briskly was effortless with the responsive engine and transmission and it easily kept up with traffic on main roads and motorways and if you anticipated situations you could swiftly and safely overtake using the extra urge from the electric motor to propel past slower traffic on A or B-class roads. 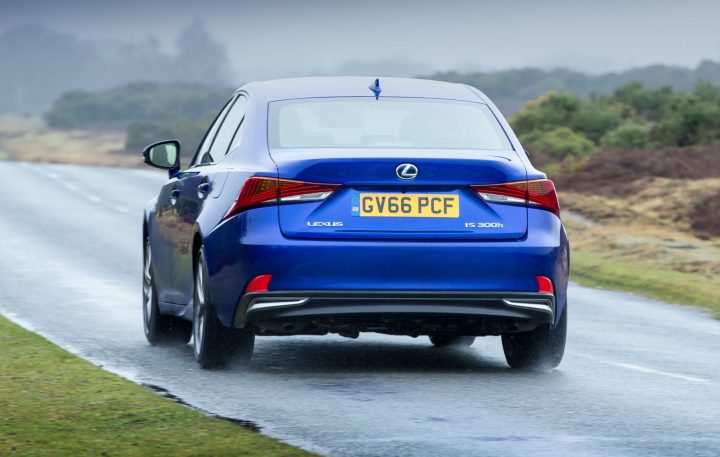 I thought the abundance of black trim needed some relief inside despite a few brightwork inserts but overall it exuded a quality look and feel, and from a driver’s perspective it performed faultlessly with a lightness of touch and firmness of application.

The IS300h can certainly give its German rivals a run for their money, and then deliver some change to the buyer.