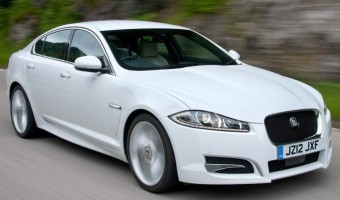 Jaguar is riding a wave of success with its models right now, thanks to cars like the XF Saloon.

Launched as a petrol-only model it was fitted with a lively diesel two years ago and now you can even have an estate called the Sportbrake. If only they made an open topped four seater as well !

The XF Saloon comfortably sits in the mid-ground where Jaguar has been so successful over decades, a medium-sized luxury model offering exceptional comfort and refinement, reasonable room and immensely satisfying ride, handling and performance.

Under the elegant bonnet of the R Sport is a beefy 200ps four cylinder engine which packs a punch and delivers it with low noise and no fuss from low revs.. 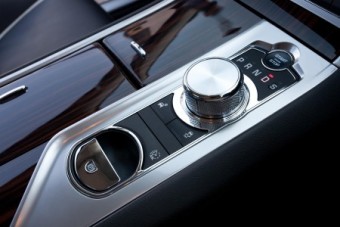 It’s coupled to a velvet-smooth 8spd automatic which has a gear for every need and helps economy towards 50mpg overall if careful. Steering is involving so the driver always knows precisely where the wheels are pointing, the turning circle is tight and it never suffered from vibration or kick-back.

I was impressed by the progression, power and balance of the brakes underfoot and the effectiveness of the electric parking brake, although I am still a fan of the traditional lever-handbrake.

Secondary controls are close to the wheel but sometimes partly hidden by the spokes, and they worked well with bright headlights and effective wipers in poor conditions. 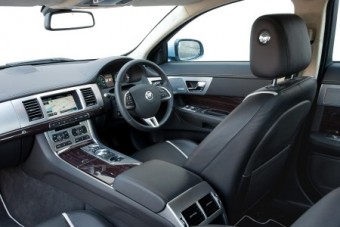 The display immediately infront of the driver carried essential information and while on the small side the dials were clear though not calibrated in detail.

Heating and ventilation was straightforward and effective throughout the cabin, backed by powered windows.

Oddments room is plentiful for a medium sized car and the boot held a minimum 540 litres rising to 963 litres with the back seats flat, but the opening is not huge if you need to insert a large box.

Driver and passenger access was very good, room in the front was excellent while those behind had restricted leg and headroom. Seats were very well shaped, supportive and comfortable with good adjustment range on the front pair.

Ride quality was truly comfortable where-ever you sat. You could hear the suspension coping with everything our roads hit it with but the XF smoothly absorbed the holes and ridges without drama. 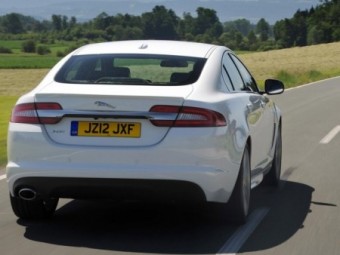 From the driver’s viewpoint the grip and handling was confidence building and very surefooted so you could make the most of the available power from the engine.

Visibility was generally clear but I appreciated the reversing sensor with a tail that was out of direct site.  With a range of 20 models from £30,000 – £80,000, diesel and petrol engines from 163ps to 550ps and five trim levels including two new business grades the XF Saloon offers a lot of value for money over a wide range.

It is part of the sea-change sweeping through Jaguar after turning the sales tide in its favour.