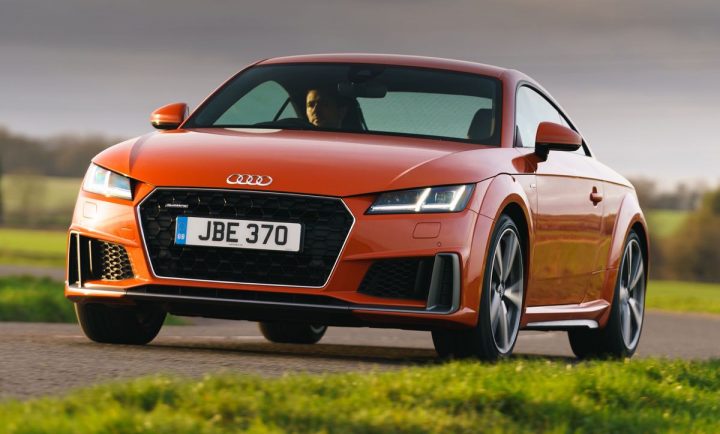 The Audi TT sports model has been nothing but a success for the company, but still strives to please owners, writes Robin Roberts.

With roadster and coupe body choices, four trim levels and 1.8 or 2.0 petrol and diesel engines in a range of power outputs there is something for everyone in the UK. No wonder you see so many Audi TTs on our roads.

There’s little doubt the TT was a turning point for Audi when it first appeared in 1998 and now in its third incarnation it has undergone subtle changes to build on its basic good offering.

Optional extras on the test car, which cost just over £39,000 standard, inc. the pulse orange paint, bigger wheels, alcantara and leather seats, technology, comfort and sound packs, Matrix headlights and digital air conditioning and virtual cockpit which with taxes took it to £45,605. Unfortunately, that meant it soared into the more expensive duty bands for which the user will pay for five years after the first year.

Cosmetic changes to the front, more power and equipment keep the Audi TT fresh while maintaining its familiar simple shape, albeit with a new colour range to pick as well. 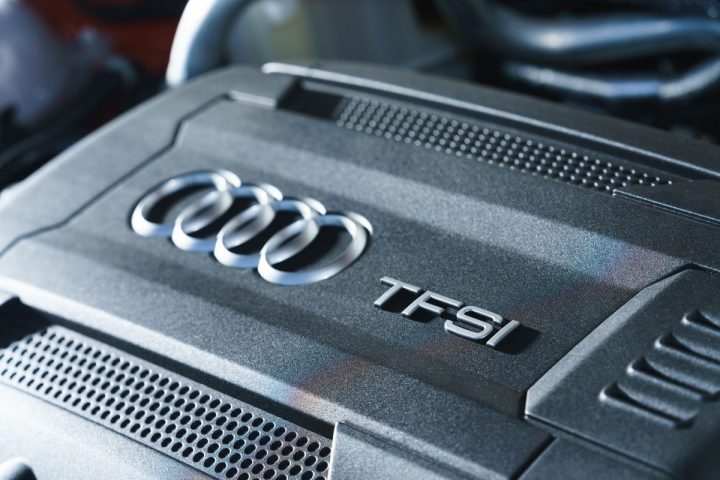 Our highly popular updated mid-range 245ps TFSi with S-Tronic auto/ manual gearbox and all-wheel-drive ensure this is a coupe which can cope with winter roads and enjoy them almost as much as in the summer, when the new optional digitized air condition comes into its own to keep occupants cool.

The familiar, re-energized four cylinder engine packs a good punch from low revs., so it pulls smartly away, delivers a surge of speed for overtaking and is very composed on motorways.

What’s more surprising is that the fuel consumption is not high but actually averaged a good 40mpg on our test over a mixture of roads and traffic conditions. 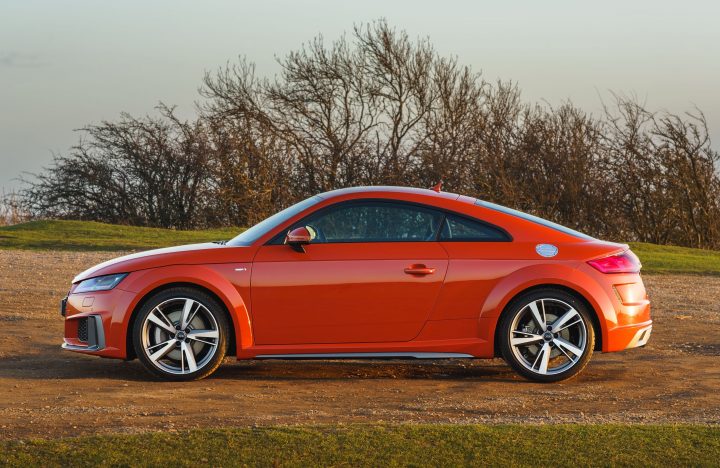 Smooth power delivery is matched to seamless changes in auto or manual modes and with a very feelsome steering and ever so progressive footbrake the Audi TT is responsive and effortless. Front strut and multi-link rear suspension impart good feedback and absorb most shocks but a few did jar through low-profile 20-inch tyres and wheels.

Handling was always surefooted and safe with near neutral cornering and when pushed it quickly came back on line without drama after easing off the throttle. There is enough power but not too much to get into trouble. 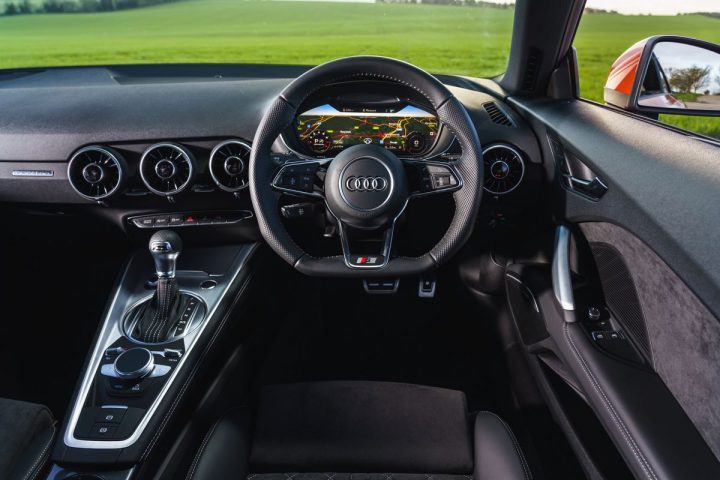 Secondary controls grouped on the steering wheel, column, console and fascia were generally conveniently placed in the cosy cabin and the optional sport virtual cockpit display with selectable settings was very clear and concise.

The air conditioning worked very well on a few hot days we had with the car, backed up by powered windows. Good front wipers and very long range, wide beam LED headlights were added bonuses at night but pity they are options rather than standard. Reversing the Audi TT needs a bit of caution as the corners are out of sight and you really need to rely on the radar sensor and the wide rear roof pillar obscures a lot when joining traffic. 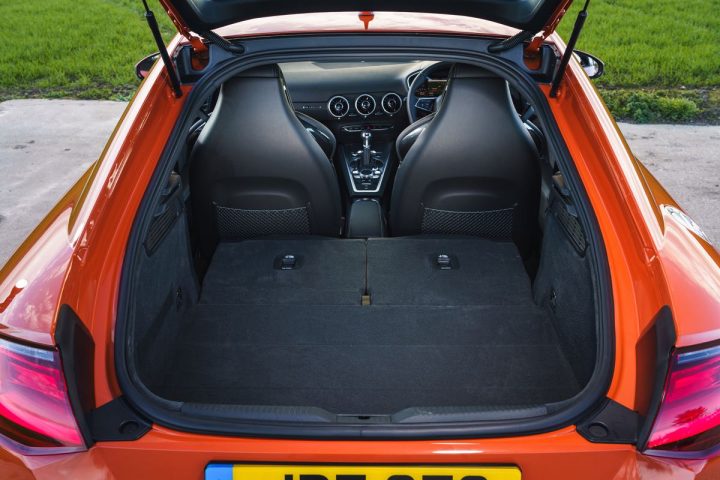 Oddments room is modest inside with console, glovebox, door and cubby box of small measurements and the boot will take a few bags, but not much and you most likely would fold down the small back-seats-rests.

Access is easy for those infront, much more difficult and cramped if needed in the very occasional back seats which are no much more than a padded shelf. Front leg-room is very good, headroom is tight and shoulder room adequate and at six-feet tall, I thought the seat reach range was about at its limit, however.

The shape of the seats is very good despite being on the thin side, with good bolsters under thighs and around ribs to support and locate driver and passenger.

Noise levels were generally low. The engine was muted most of the time but produced a wonderful exhaust note when pressed, wind noise was very low and only the constant road rumbles were noticeable with the occasional bang from a pothole as the wheels struck. Ride quality was usually comfortable as well and on good main roads it was very compliant.

The size of the Audi TT means it can be squeezed into the most challenging parking spots but also endows it with a lot of agility on open roads.

Then you can also enjoy the powertrain, the suspension and handling while you peruse the choices in the car’s infotainment system, which delivers a clear display and output with a high quality sound system to make the most of the experience. 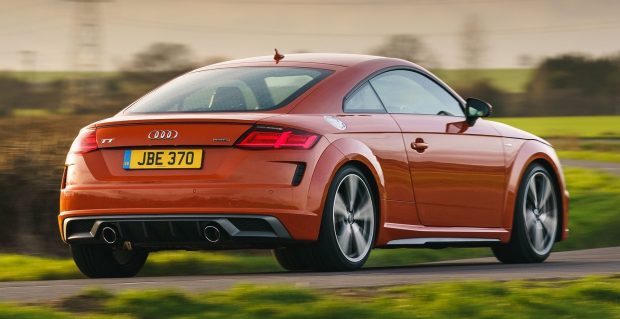 There have been discussions within Audi, I gather, as to whether it makes a completely new TT, but not to build on its success over more than two decades would be major mistake.

The Audi TT is comparatively simple and a success, so why turn your back on that? The latest version we tested is the best allrounder so far without going to the ultimate performance model.