You are here: Home / Motorsport / 2019 / Tänak tanks to WRGB win in poor conditions 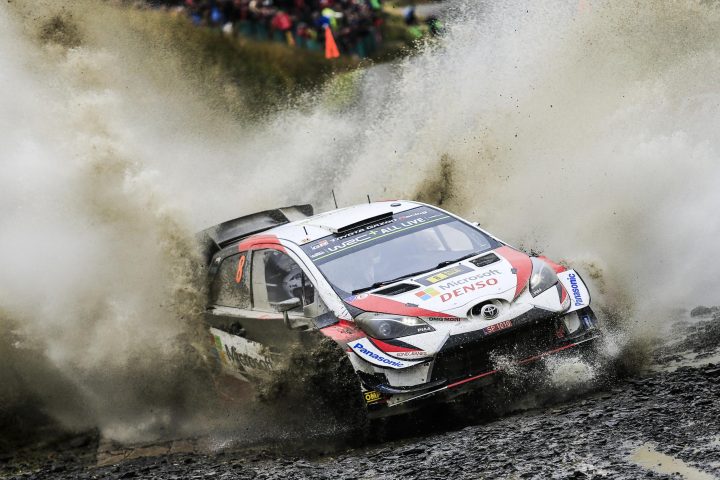 Tänak charged into the lead on the ninth of the event’s 22 stages and would never be headed whilst fastest time on the final Wolf Brenig Power Stage landed him an additional five points in the World Rally Championship title fight.

His performance extended his lead over Sebastien Ogier to 28 points – the six time champion did all he could to match the awe-inspiring pace of the victorious Toyota but would have to settle for third place over the demanding Welsh tests.

For the first time in its history, on Thursday the rally started from Liverpool in a high-profile ceremony outside the Royal Liver Building on the city’s historic waterfront. Fans were then treated to a spectacular opening night blast around the Oulton Park Stage to kick off proceedings with Northern Ireland’s Kris Meeke taking the lead, blitzing his Toyota Yaris WRC through the slippery conditions.

Having held the initial lead, Meeke struggled with grip in his Yaris WRC and dropped to fourth by the time the rally headed to mid-Wales on Saturday. He managed his pace throughout the remainder of event to finish just shy of the podium positions.

However, he would need to keep an eye on his mirror as home-hero Elfyn Evans returned an awe-inspiring drive to recover from suspension damage on Friday. Dropping to 12th, Evans stormed up the leader board in his Ford Fiesta WRC, winning seven stages in total to leapfrog Hyundai’s Andreas Mikkelsen into fifth place and the Welshman was left wondering what could have been, had he not lost time earlier on.

Wales Rally GB lived up to its reputation as being one of the toughest on the WRC calendar, with inclement weather and treacherous stages challenging the best rally drivers in the world. Record numbers of fans were treated to a high-octane display of skill as crews from across the world blasted through 192 miles of flat-out action in the classic Welsh forests.

The event was marred by one stage closure due to spectators not following marshals requests to watch from a safe vantage point. The final Great Orme test was abandoned when rough seas meant the standby diving crew could not have assisted if a car had left the road and plunged into the sea and early in the event another stage had been stopped after a heavy crash.

Outside of the WRC premier league, there were equally intense battles for the support series’ and their respective titles. Kalle Rovanperä was crowned WRC2 Pro champion in his Skoda Fabia R5 after yet another impressive drive to ninth place overall. 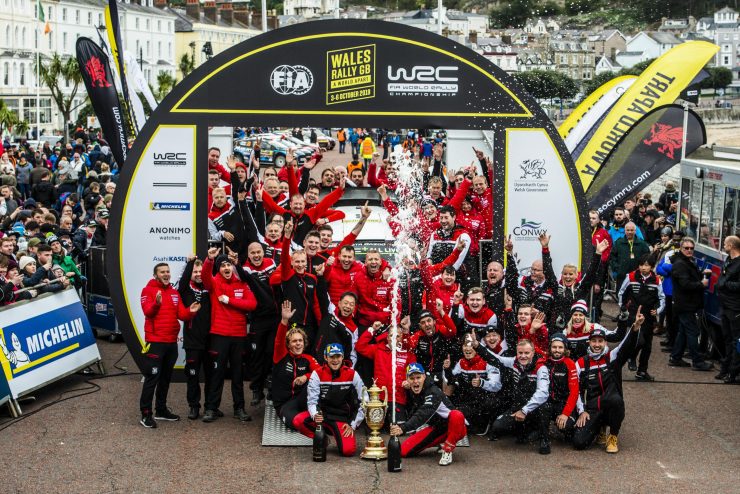