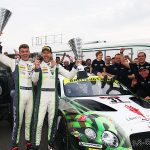 The Bentley Continental GT3 of Wales’ Seb Morris (GB) and Rick Parfitt Jr (GB) has won the 2017 British GT Championship thanks to a fourth place finish for the Team Parker Racing crew at Donington Park. The team started the weekend - dubbed the Donington Decider – with a 10.5 advantage in the standings and after a close qualifying session the pair started side-by-side with their … END_OF_DOCUMENT_TOKEN_TO_BE_REPLACED 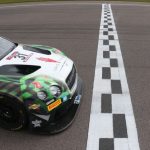 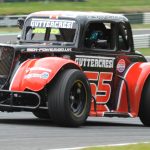 Mid-Wales racing driver Ben Power has regained his lead in the MRF National Legends Car Championship at Donington Park.Power, aged 27, from Guilsfield, near Welshpool, won four of the weekend’s six races, and finished second in another.He only missed out on Sunday’s final race, when he got caught up in an accident and had to retire with car damage.“What a brilliant weekend,” said … END_OF_DOCUMENT_TOKEN_TO_BE_REPLACED

Fuel prices are expected to rise over the coming months.Oil production cuts are beginning to be felt in the market but China is buying more and wholesale prices have been rising since New Year.Donington Park has been leased by MotorSport Vision, headed by Jonathan Palmer.He already controls Brands Hatch, Oulton Park, Snetterton, Cadwell Park and Bedford Autodrome and is expanding into … END_OF_DOCUMENT_TOKEN_TO_BE_REPLACED 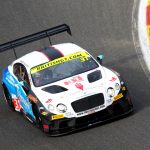 British GT Championship front-runner Seb Morris goes into next month’s season finale at Donington Park third in the title race after he and team-mate Rick Parfitt Jnr raced to their fifth podium of the season at Snetterton 300 Circuit on Sunday, 7 August.Bouncing back impressively from a challenging qualifying on Saturday, 6 August, the Team Parker Racing pairing converted sixth on the grid in … END_OF_DOCUMENT_TOKEN_TO_BE_REPLACED