You are here: Home / Featured / Wales has new British champion on the track 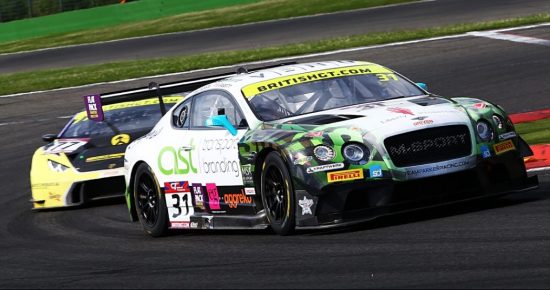 The Bentley Continental GT3 of Wales’ Seb Morris (GB) and Rick Parfitt Jr (GB) has won the 2017 British GT Championship thanks to a fourth place finish for the Team Parker Racing crew at Donington Park.

The team started the weekend – dubbed the Donington Decider – with a 10.5 advantage in the standings and after a close qualifying session the pair started side-by-side with their championship rivals in third and fourth.

Parfitt Jr. started the two-hour race and, after some battling with, made a fantastic overtake on the famous Craner Curves and climbed into third. As the pitstops came, Parfitt Jr had pushed hard to get a 10-second advantage over their nearest rivals in the #31 Lamborghini.

Morris took over and, after a 20-second success penalty for winning at Brands Hatch, emerged in fifth with the Lamborghini 12 seconds ahead in third.