To mark the 120th anniversary of ŠKODA Motorsport, employees from the ŠKODA Museum and ŠKODA AUTO’s Prototype Centre collaborated on a project to reconstruct the ŠKODA 1100 OHC Coupé racing car.

The teams began by reconditioning the original frame, chassis and engine and rebuilt the body according to historical documentation. In the process, they used state-of-the-art technology as well as traditional techniques in body construction.

Planning for the ŠKODA 1100 OHC (internal type designation 968), which was intended primarily for endurance circuit races, began as early as spring 1956. By the end of 1957, the first of two copies with open GRP bodywork had been completed.

This vehicle is still among the highlights of the ŠKODA Museum exhibition in Mladá Boleslav. It regularly competes in national and international classic car events and the second 1100 OHC is part of ŠKODA UK’s heritage fleet.

In 1959/1960, the designers continued working on the 968 project and created two ŠKODA 1100 OHC coupés with closed bodywork. Tried and tested components from ŠKODA’s production models were used. 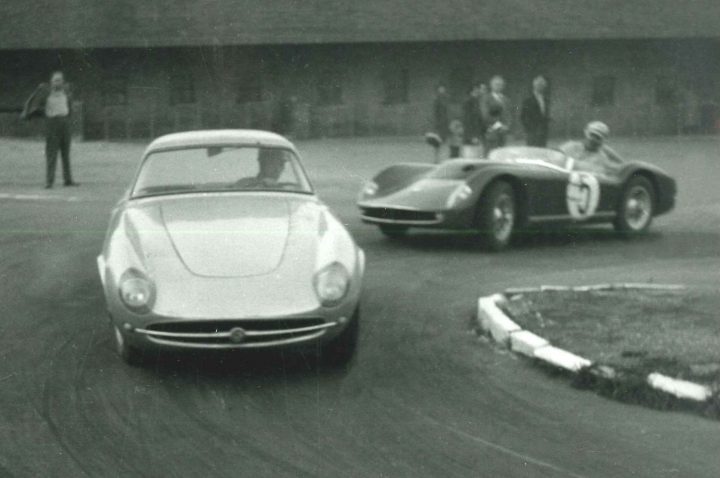 Skoda race engineers developed a highly modified 1100cc 92hp engine with unusual gearbox mounted on the rear differential and weighing just 555kg had a top speed depending on gearing of about 124mph.

A change in the racing regulations spelled the end for the cars and they went into private hands, one being destroyed by fire and the other was crashed, but parts were used in the restored model.