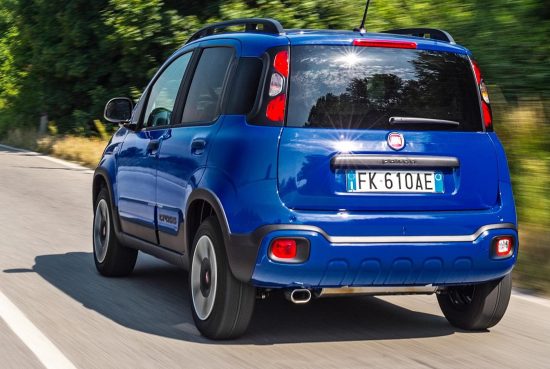 The new 1.2 litre Fiat Panda City Cross is the latest addition to the Panda family, with two-wheel-drive and urban crossover looks, all for a city car price of £12,995.

The 69hp Panda City Cross is a true urban crossover with an off-road look, at an affordable price building on the style of the Panda Cross 4×4,  using body-coloured front and rear bumper inserts and side mouldings and contrasting black door mirror caps, roof bars and door handles running on the same 15-inch alloy wheels, that can be found on the Panda Cross.

Volvo will build only hybrid or electric cars from 2019.

France will end the sale of gasoline- and diesel-powered vehicles by 2040 in a bid to become a carbon-neutral nation, said Energy Minister Nicolas Hulot.

France will offer tax incentives to replace diesels over 20 years and petrol vehicles made before 2001, while the government will also end oil and gas exploration on French territory and eliminate coal-fired power plants by 2022.

VW Group is recalling about 766,000 models worldwide to correct a potential braking issue.

Its own badged models as well as Audi and Skoda cars are affected and owners will be notified if their models are included.

Motorists have severe doubts about whether driverless car technology is likely to become commonplace in 20 years’ time and many would rather see the Government focusing more time and effort on sorting out the country’s roads in preparation for them.

The Government has allocated £69m to developing connected and autonomous vehicles but an RAC Opinion Panel survey shows that only 5% of motorists think the Government should be prioritising financial support for the development of driverless vehicle technology in the current economic climate.