Drivers were collectively planning about 13m separate trips by car to see family and friends during the coronavirus ‘travel window’ between 23 and 27 December, although a fifth (22%) don’t expect to make any such journeys this year because of the virus, research by RAC Breakdown suggests.

With two weeks to go until Christmas, the greatest number of individual trips – some 3.1m – look likely to take place on the first day travel restrictions are eased in England, Scotland and Wales on Wednesday 23 December with it ending on 27 December, but fewest will be moving about on Christmas and Boxing Day. 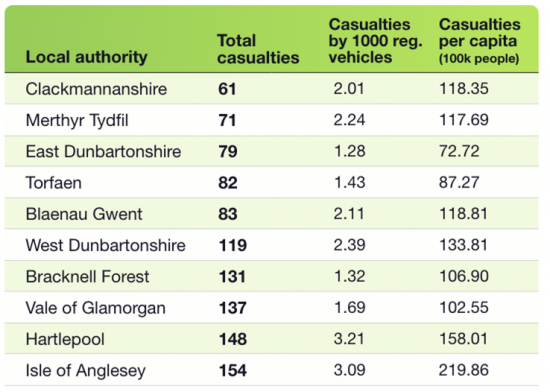 Scotland and Wales came out on top as the safest regions overall in the UK, with 8 out of the 10 local authorities reporting the lowest total numbers of casualties being found in either Scotland or Wales, says Uswitch.

Almost a third (32%) of car dealers are unaware of the new FCA rules coming into play in the New Year, according to new research by Close Brothers Motor Finance.

The study, which asked dealers how aware they are of the forthcoming changes, found that while two in three (69%) have heard of the new rules, just a third (33%) have read the FCA paper and the rules include clarifying commission disclosure rules to increase transparency for customers, and banning pricing models linked to commission, and must be implemented by 28 January 2021.

Volvo Cars will assemble electric motors at its powertrain plant in Skövde, Sweden, and plans to establish complete in-house e-motor production by the middle of the decade. It will invest 700 million SEK to this end in the coming years.

The company is committed to becoming a premium electric car company and aims for its global sales to consist of 50 per cent fully electric cars by 2025, with the rest hybrids.