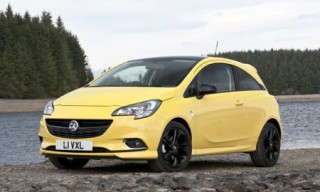 The new Vauxhall Corsa is altogether smoother with the latest three-cylinder one-litre engine under its bonnet.

Introduced in the Adam Rocks this summer, the 90PS and 115PS triple is matched to a standard six-speed manual gearbox in this fourth generation Corsa which followed on from the original Nova in 1982 and is due on UK roads early in 2015.

Corsa is an immensely important car for Vauxhall in Britain and GM throughout Europe and with demand for the current series still good and expected to see approximately 70,000 UK registrations this year, Vauxhall anticipate the new Corsa arriving in January will amass about 90,000 sales in the following 12 months.

Available with coupe-like three-door body or more upright five-door style, the new Corsa is about the same size as the current cars and will be available in nine trim levels from £9,000 to £13,800 approximately, significantly below some current models on a comparable basis.

Apart from the new triple engines and six speed gearboxes the comfort or sport suspension, steering and brakes are all revised and the other 1.2, 1.3 diesel and 1.4 litre petrol engines have been updated. 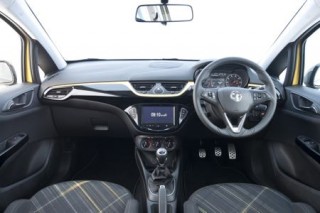 Inside there is completely new trim and fascia with stalk controls carried over but it is bristling with new technology designed to stretch economy, lower emissions, reduce accidents and make challenging city driving as easy as possible including self-parking facility, enhanced steering effort, hill start assist, blind spot detection, front camera system and active cornering lights. Not only do the changes bring a new experience to this sector of city car but another result is lower insurance groups.

Vauxhall believe Corsa will sell equally to retail and fleets with the former going for the 1.2 Excite and businesses the 1.4 Sri but the likely take up of diesel is not so certain because the new petrol engines are so frugal and Government comments have confused the market over future taxes on diesels. 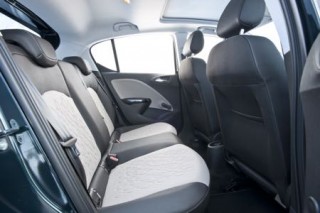 Looking at all possible permutations, Vauxhall Corsa will from January run to over 90 models, compared to 170 versions selectable with the current series.

Vauxhall say the new Corsa was extensively developed for and put through its paces on Britain’s widely challenging roads with suspension and steering in particular pushed to achieve the desired standards.

Corsa will also see the introduction of a winter pack of heated windscreen, steering wheel, door mirrors and seats or you can specify IntelliLink combined entertainment and communication package, BringGo navigation apps and even a bike retractable carrier.

Although the 90 and 115PS triple cylinder engines are the jewels in the new Corsa crown they are expected to account for just 10% of sales in Britain.

Small is beautiful and these engines, which impressed me first in the Adam Rocks, are definitely worthy of serious consideration.

We not only returned 47.7mpg in the lower powered engine and 51.4mpg in the other, but there was no sacrifice to pulling power or driveability.

Quietness and refinement were of a very high order as well and the economy of the two units was down to their stop-start feature and remarkable flexibility which meant you could dispense with frequent gearchanges and even do block changes as required.

Pick-up was good, more so in the 115PS version, and it had a good long-legged feel on open roads and you never felt you had ‘just’ a one-litre underfoot. Much of this smoothness is down to the design incorporating a balancer shaft which effectively counter-rotates to the crankshaft to smooth out vibrations.

The refinement and sophistication of the engines is matched to the new six-speed manual gearbox with its well chosen ratios, long travel clutch and slick short gearchanges. 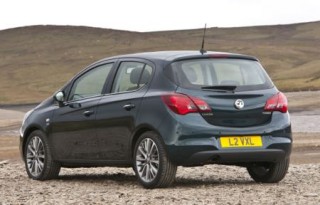 Steering in normal mode was fluid but sometimes the suspension struggled to iron-out bumps and the Corsa would roll and suddenly inconsistently pitch through a corner.

Road noise was modest, wind noise very low and powertrain virtually silent unless the engines were really pushed to their upper rev ranges.

Visibility was generally good, slightly better in the five-door when looking back.

As I said with the Adam Rocks, these new engines really set a new higher benchmark for city cars. Corsa really is a smooth operator so long as you don’t expect a really sporting chassis underneath.