The entrepreneurial Gordon Murray Group plans to significantly expand operations and a commitment to invest £300M over the next five years in the automotive sector. 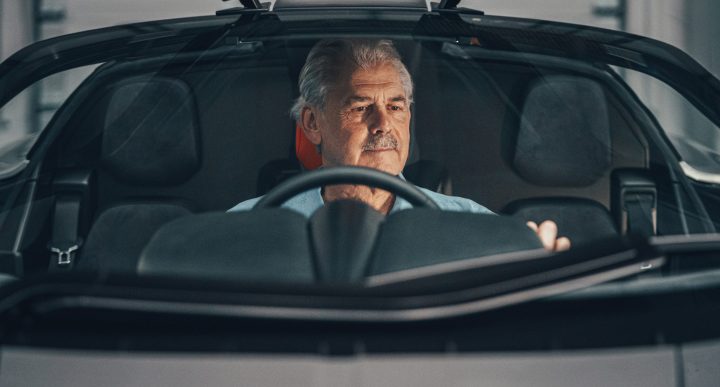 An exciting roadmap for future expansion of the Gordon Murray Group, has been announced today and masterminded by company Founder and Chairman legendary F1 designer Professor Gordon Murray (right).

It is underpinned by the philosophy of creating long term growth through increased research and development, the introduction of a new division, investment in Gordon Murray Design, bolstering the leadership team and talent across the business, plus cementing the ethos, core competencies and ongoing product portfolio of Gordon Murray Automotive.

There will be renewed and sharper focus on designing and engineering future electric vehicles and the ambitious expansion includes significant investment in Gordon Murray Design. The globally leading design and engineering business is already in the early phases of creating a revolutionary, lightweight, ultra-efficient electric vehicle architecture for future urban passenger vehicles and delivery vans.

He has been closely evolved in designing and engineering the forthcoming TVR Griffith, intended to go into production in South Wales but it’s been delayed by a number of setbacks including financing the operation.

An additional facility at Dunsfold, Surrey is being planned to manufacture ‘superlight’ frames for Gordon Murray Design, and Gordon Murray Automotive vehicle programmes.