You are here: Home / News / Classic / Fuel for thought and ‘greening’ older cars

Old and modern classics may be the surprise beneficiaries of the latest tightening of emissions regulations and introduction of higher alcohol petrol, according to Tom Wood, CEO of Car and Classic. 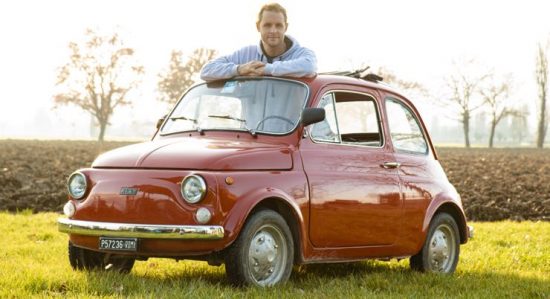 Considering the recent announcements about CO2 emission reductions on UK streets, most recently the E10 fuel implementation and the expansion of the Ultra Low Emission Zone (ULEZ) in London, CEO of Car & Classic Tom Wood offered some insight into the possible future of classic cars in the UK.

Launched in April 2019 by the Mayor of London, Sadiq Khan, the ULEZ operates 24/7 every day of the year and currently covers the same areas as the Congestion Charge zone, with daily charges for most vehicles of £12.50.

However, the expansion, starting on 25 October, will cover all areas of London within both the North and South Circular roads. Meanwhile, more urgently on the horizon, the swap to E10 fuel at UK petrol pumps is confirmed from 1stSeptember onwards.

“To many classic car fans, like me, you’ll have seen the ULEZ exception and E10 fuel implementation all over your screens, not to mention having lived through the diesel scrappage scheme in 2014. It’s hard to not think it’s all doom and gloom for classic car owners, but I am here to look at the bigger picture and say that I believe there is hope.

“Yes, the ULEZ area is expanding and many owners of cars that were produced in 2005 or earlier will be forced to either pay up or sell up. That said, if you are living outside of the zone, it’s also an incredible opportunity to buy cars that are being sold from around London. The so-called modern classics, the big V8s, the tuned hot hatches… The possibilities could be endless and if you’re looking for one it’s a good time to be on the classifieds.

“If you’re a London resident or visitor and use your car within the ULEZ and don’t want to use a newer or zero-emission alternative, the exemption for cars in historical tax status e.g., any classic vehicle made before 1 January 1981 still stands, so you won’t have to pay. It could be a great time to buy or even save a classic car and commission it for ULEZ commuting duties.

If, however, your classic is not 40 years old, don’t write it off and send it to be scrapped, as this is set to be a rolling scheme, so in ten years’ time, cars built before 1 January 1991 should be eligible.

“E10 fuel has been available in Europe for a while and now it’s confirmed that the pumps will have E10-grade fuel from September. Some have already started stocking the blend. So, what is E10-grade fuel? Well, in a nutshell, regular petrol will now carry a ten per cent blend of bioethanol; the alcohol element that is made from low-grade grains and sugars.”

Alcohol is deemed a renewable element rather than a fossil fuel, and as such has a lower carbon footprint, hence its introduction to petrol stations across the country in a bid to reduce emissions.

“For those with classic cars, this news could come as a cause for concern, but don’t panic. Although E10 is being introduced, E5 fuel, or super unleaded, is not on track to go anywhere and will still be available at many petrol stations. It will cost you more, approximately 15 pence per litre, but most cars run better on 98 or 99 Ron and could even provide better fuel economy!

If you do have to use E10 in your classic in an emergency (and frankly we recommend with E5 too) to use a fuel additive to help break down any water in the fuel that the higher ethanols can attract, especially in classic car steel tanks and avoid damage to your engine.

“While running a classic car business such as Car & Classic, we’ve learned to adapt and move with the times, the introduction of our secure online-only auction service alongside the long-running and famed classifieds service is an example of this. In a constantly changing environment, with new rules and regulations being introduced for vehicles, we need to ensure that classic car owners are equipped with the knowledge and resources to help protect and maintain their cars, both now and in the future.”