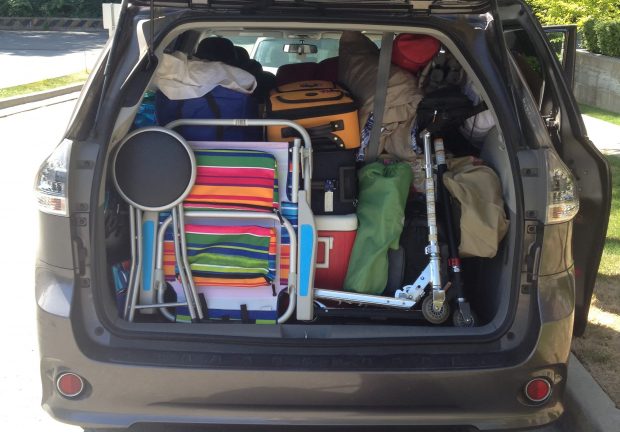 Untold damage could be done to your car by habits developed over a long time behind the wheel, says Car Shop.

The team at CarShop, has revealed the top 10 driving habits you probably didn’t know were damaging your car – and why you should avoid them.

Flooring the accelerator in a high gear

Many cars have a gear shift indicator which suggests when to change gears. However, this indicator is usually based on the assumption that you’ll be cruising at the same speed, and isn’t always accurate if you’re continuing to accelerate.

While this may seem obvious, you might not realise how easy it is to overload your car. If you’ve got four passengers and luggage, it’s likely your car is already overloaded. Overloading your car puts strain on your brakes, drivetrain [the system in a motor vehicle which connects the transmission to the drive axles] and suspension. It can result in you having less control of your vehicle, and may also lead to very costly repairs.

Resting your hand on the gear stick

In short, your gear stick is attached to what’s called a “selector fork” inside your transmission, which makes contact with rotating metal components every time you select a gear.

However, when you rest your hand on the gear stick, this pressure may force the selector fork into the rotating components for a prolonged period, when you’re not even changing gear, causing it to wear out much more quickly than it usually would.

“Riding the clutch” refers to keeping your clutch partially pressed in. You’re most likely to do this when you’re in a queue of traffic, when you’re gently pressing and releasing the clutch to creep forward and stop rather than braking.

The reason this is bad for your car is that it causes unnecessary friction between the clutch plate and flywheel – which could lead your clutch kit to an early grave, resulting in some costly repair fees.

Shifting into reverse before stopping

In manual cars, if you put your car into reverse whilst still moving slightly forward, you will have to use the clutch more for your car to begin reversing – which adds more wear to your clutch and drivetrain.

Driving your car before it’s warmed up

You shouldn’t turn on your car and immediately drive as it won’t have warmed up properly.

This only takes a few seconds in modern cars, but in older cars this can take much longer. Once you turn your car on, you should watch your RPM gauge – your car will run at a high idle before dropping down to a lower RPM. Only after your RPM has dropped should you set off, as this means the oil has had time to properly lubricate the components in your car.

Keeping the clutch depressed when stationary

Many drivers will wait at a traffic light with first gear engaged and the clutch depressed – but this is causing unnecessary wear on your clutch.

When you don’t need to use the clutch pedal, don’t. It’s much better to put your car in neutral and use your handbrake while you’re stationary.

Braking just before a speed bump

When you apply your brakes your car nosedives and compresses the struts in your car. Whilst doing this, if you go over a speedbump, you run a high risk of the underside of your car grazing the bump.

The bump also forces your wheels upwards which further compresses your struts, adding unnecessary strain. Adjust your speed well before approaching a speed bump to avoid this.

Not changing your oil regularly has a large impact on your engine – as old oil becomes less and less efficient when it comes to lubricating its components. It’s recommended that oil, along with the oil filter, is changed every 3-6 months.

You should regularly check the pressure of your tyres. Over inflated tyres decrease contact with road surface, which severely reduces control and handling. Under inflated tyres cause too much friction and leave you at risk of your tyres popping or “blowing out” – which could cause a severe accident.