You are here: Home / Motorsport / British Rally Championship confirmed for 2016 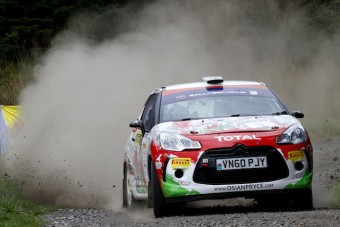 The MSA British Rally Championship returns in 2016 with a new-look calendar and revised vehicle eligibility regulations announced in January.

After a controversial year without the series due to low entries and events in 2015, next season’s revitalised BRC will be staged throughout the British Isles.

It will include a mix of gravel and asphalt surfaces to provide crews with the ultimate challenge in national rallying.

Starting in March and concluding in September, the new championship will comprise seven events, of which four are retained from previous years, while three are new or returning rounds of the championship.

The campaign opens with the Mid Wales Stages, using the legendary forests of Myherin and Hafren that test the world’s best drivers each year on Wales Rally GB. A visit to Belfast after Easter allows crew to test themselves against the FIA European Rally Championship’s top stars on the UK’s second biggest stage rally, the Circuit of Ireland, before returning to Carlisle for the first of four long-standing BRC events, the Pirelli Rally.

Having tackled Kielder over the Bank Holiday weekend, the BRC crews will take on the Borders’ asphalt for the Jim Clark Rally at the end of May. The Scottish Rally occupies its traditional date at the end of June, before an eight-week gap to the championship’s second visit to Northern Ireland for the Ulster Rally in August. The season will conclude with a journey north for the end of year celebrations at the Granite City Rally in Aberdeen, which put on such a great show earlier this year.

The inclusion of a made-for-TV one-day special event remains a possibility for 2016, subject to discussions with broadcast partners and securing a suitable venue/date.

Ben Taylor, IMS Managing Director, said, “Compiling a brand new calendar has been one of the most challenging aspects of putting the new BRC together; every event and date change has ramifications across the sport and we have tried to be mindful of that.

“We are grateful to all the events that expressed an interest in being involved, either next year or in the future – they have taken a great leap of faith to support what we are trying to achieve.

“I am thrilled with the quality of the events that we have secured on the calendar and I am sure they will provide the best possible test of the best drivers in British rallying next year.

“But we should also spare a thought for those events that narrowly missed out. We have had to make some tough decisions, but we feel that this is the optimal calendar to relaunch the championship in 2016. Nothing is set in stone beyond that and we will continue to talk with them; it is important that ambitious events know that the BRC is not a closed shop.”

Now that the calendar has been agreed, Taylor explained that his team’s attention will turn to the remaining aspects of the creation of the new championship.

“Competitors, teams and events need as much notice as possible to get things in place for next year, so we have moved to publish the calendar as early as we can. I would like to thank everyone that has played a part so far, as the creation of a new and exciting championship takes a huge amount of work. We are nowhere near finished yet and there are still a lot of things to sort out, like TV and media, one-make championships and prize funds.”

Welshman Osian Pryce was runner-up in the 2013 and 2014 series, the last one held and commented, “The British Rally Championship was once the world’s best domestic series and, from what I’ve seen in recent months, it looks like we could be back on the road to that sort of standing again.

“The calendar is a great mix of new rallies and classic events. And, obviously, starting in mid-Wales is the best news!

“British rallying needs a strong BRC and after a year away, I’m sure our premier series is going to come back stronger than ever in March.”