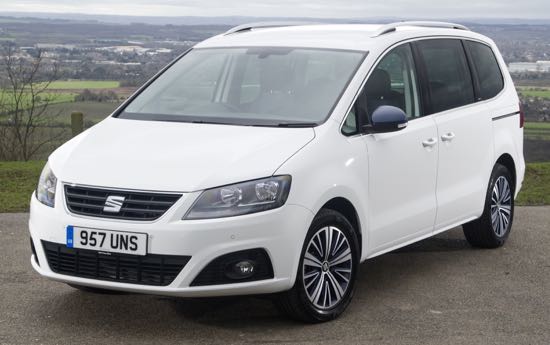 It’s long in the tooth but can still give rivals a nasty bite, 21 years after the original SEAT Alhambra was launched.

From that collaborative venture sired the Volkswagen Sharan and Ford Galaxy, and the Alhambra was conceived to take on French and Italian rivals but Ford withdrew in the early 2000s when it introduced the new Galaxy and now the MPV is solely made in Portugal for the two VW Group companies.

From the outset two decades ago, the SEAT Alhambra was to be the bargain MPV with all the major attributes of the more expensive Sharan and high specification.

Things have changed and apart from the separation with Ford, the bargain ticket has also gone out of the window of the Alhambra.

It’s no longer a cheap MPV but rather a less expensive version of its family rival with the VW badge. There is some clever packaging and marketing around the Alhambra but it’s really much the same.

For me the big attraction of the Alhambra is its sliding rear passenger doors which reveal a very large opening into the middle three-seats and two behind, although you’d need short legs to be comfortable in the very back. 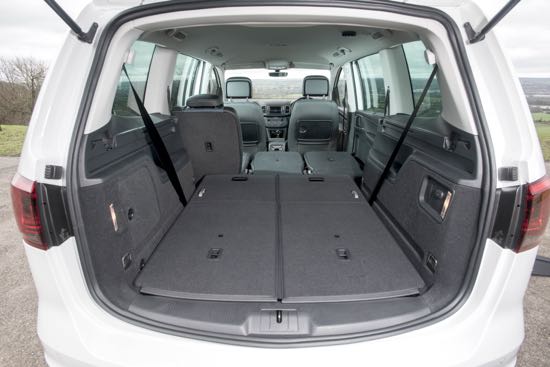 With those seats used the luggage space is well under 300 litres but fold them flat, drop the middle row and suddenly the interior becomes a cathedral to family worship offering almost 2,300 litres. You can move the seats individually or fold them to play with space configerations and maximise practicality.

Having big side doors means you can also access long loads and move them about more easily. It really is a very useful and yet simple concept, a car that works for you and yours and you don’t have to work at it.

We were testing the lower Connect 150 model but there are 20 models in the series based on six trim levels based on five petrol or diesel engines and with six-speed manual or automatic transmission choices on particular engines.

Our 150 TDI had the manual gearbox but it’s a well proven powertrain, responsive, slick and possesses both good performance and economy, as our figures show.

The mechanical quietness contrasted with a lot of road noise, but despite that the ride was good and generally coped well with nearly all surfaces.

Steering and brakes were well weighted and worked without fault, the Alhambra did not roll or wallow very much and it handled with confidence and ease in town or on open roads. 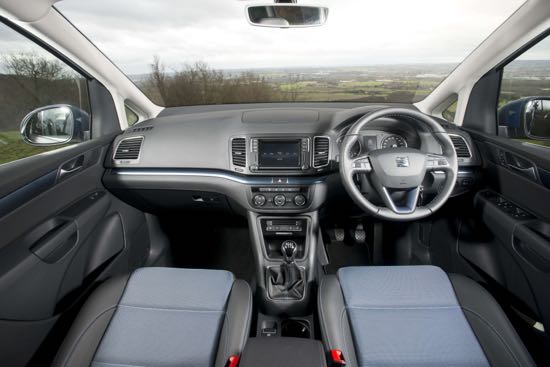 Secondary controls were all fairly close to hand, the instruments big and clear with a very comprehensive on-board computer and infotainment system.

Heating and ventilation was straightforward backed up by powered windows and the system coped well with the big cabin on a warm day.

Oddments room was generous throughout and we kept finding new compartments for a few days. 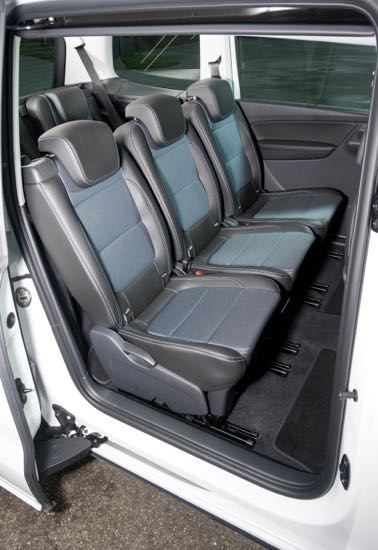 The seats were very well shaped and supporting with good adjustment room infront, less accommodating in the flatter middle-row and short on rearmost support.

Access was good even into the third row but the luggage space is best utilised as a five-seater. Head and legroom was good for most users.

Visibility was surprisingly good because Alhambra has a fairly low waistline along its length, big wipers but I would have been happier with brighter headlights in country lanes.

Noise levels were confined to the constant road rumbles, sometimes worse than others, and if you really pressed on without changing gear the engine note became intrusive. Cruising in top on a main road or motorway was a quiet affair however. 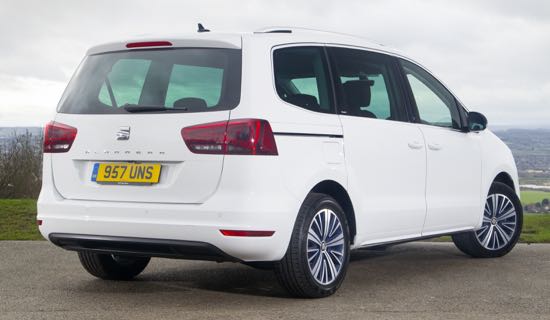 I can see the attraction of the Alhambra to families who want space and to cover ground economically and smoothly, and the same can be said of taxi-fleets, who love the model as well.

When you look at what it has, how well it all works to deliver a practical and big interior you can see why it is still one of the better no-nonsense MPVs with few frills but many fans.