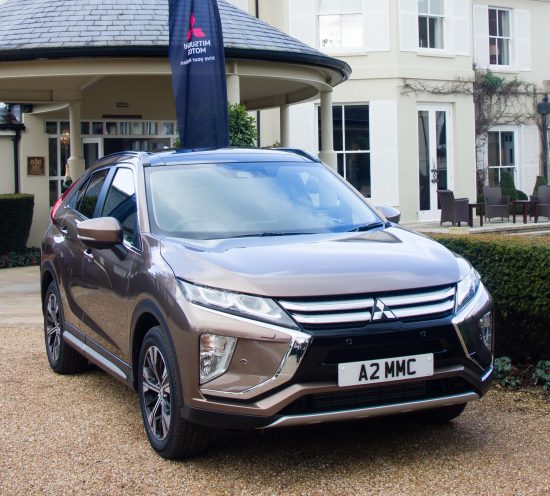 It may be over a century old, but Mitsubishi is very much up to date with the Eclipse Cross SUV.

The normally conservative Japanese car-maker is now part of the Renault-Nissan Alliance and the Eclipse Cross is the last to be designed and built before it was subsumed, but that’s not to decry its all round excellence.

There are eight versions of the Eclipse Cross, all petrol, with a choice of 2WD or 4WD, manual and automatic depending on drivetrain, and three grades plus the launch editions.

The 2WD versions are cheaper to buy and run in terms of tax and insurance. It’s considering if it will add diesel derivatives.

It is worthy SUV to stand side by side with more familiar similar models from Renault and Nissan even if the Japanese brand cannot offer the breadth of coverage of its siblings.

Falling between the ASX and Outlander, the Eclipse Cross is right on the mark in terms of size and it comes with an eye-catching style and modern interior.

That means it relies on the users’ mobile phones to integrate with the on-board software to drive maps and music and in some areas where signals are poor you could be left wanting.

The 4WD powertrain is effortless and effective on soft-road conditions, the engine is reasonably powerful but does not have a sporting nature to acceleration, partly because of the CVT underneath. The gearchanges are smooth both up and down the box, and the noise level is modest from the transmission.

The engine is generally quiet unless you do drive it hard to make the most of the available power, and it will effortlessly cover long motorway or main road trips. I was expecting a better overall economy figure than achieved.

The major and minor controls all came to hand easily and worked well, the steering was fluid, the brakes moderately weighted and effective and the column stalks were comprehensive. 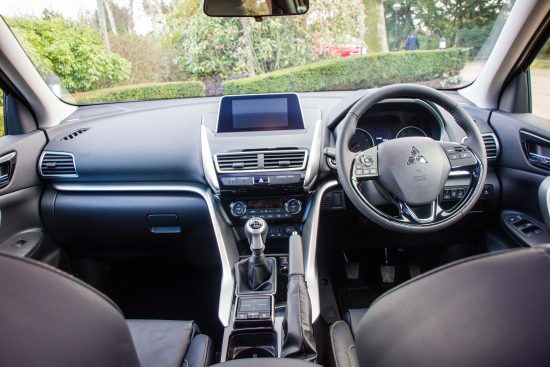 It’s roomy for four, a slight squeeze for five, but the access is very good for people and pushing things in the back over the low sill, and the minimum capacity is good and more than triples when you drop the seats. 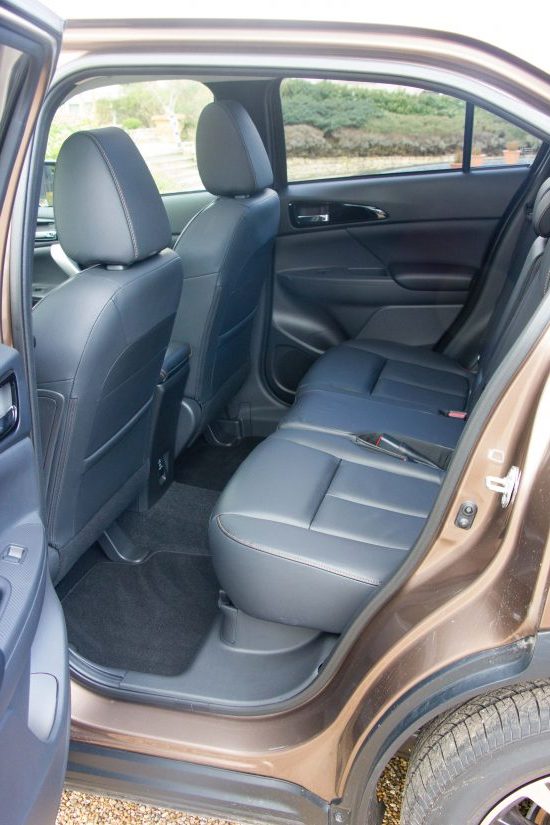 They are very comfortable, sensibly shaped and provide a lot of support where needed with simple adjustment and come leather trimmed on the Eclipse 4 grade.

Oddments room is good throughout and it will tow up to 1600kg so its very practical for those living in the country.

The modern styling has created a high shoulder to the rear three-quarters and a blindspot, but the fitting of parking sensors and reversing camera has largely overcome this drawback, but it still means you have to be careful not to clip something or someone.

On the road the tyres’ rumble and suspension bump-thump is ever present and the engine can intrude as well on occasions but there is little other mechanical or wind noise. 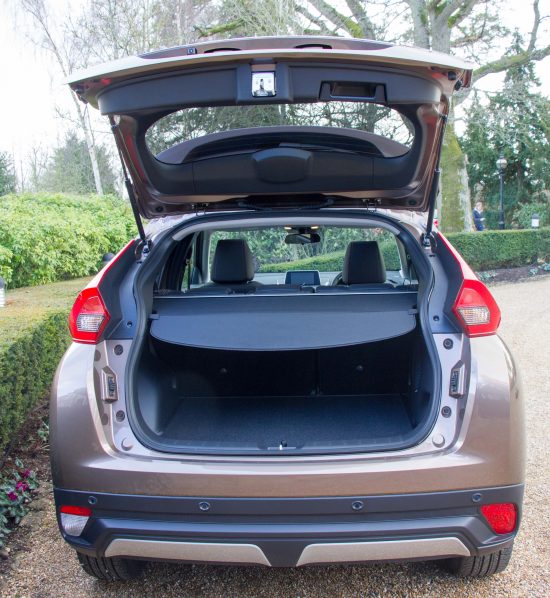 The Eclipse Cross rides well nevertheless and soaks up most bumps without too much complaint, virtually no body roll or pitching and it feels really well put together.

I thought the smaller ASX was good and the Outlander is still one of the best MPVs, while the Eclipse Cross is pushing refinement still further and upmarket in a highly competitive sector.

It also proves that sometimes an old dog can teach others some new tricks.