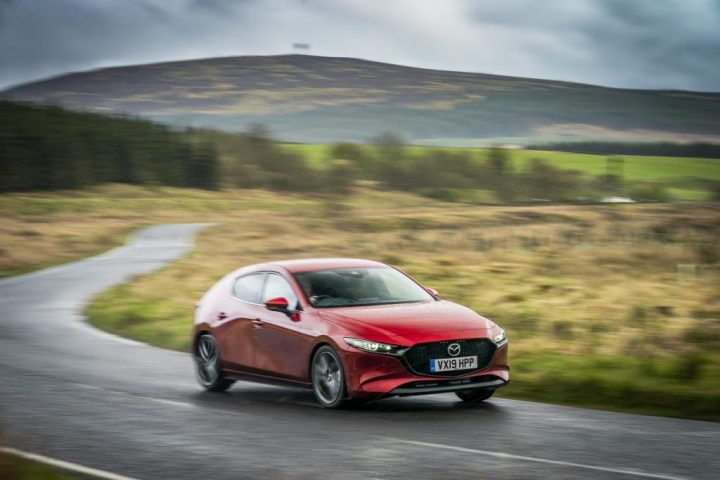 A lot is being pinned on the all-new Mazda3 hatchback, and deservedly so.

Launched in the UK in spring 2019, it is competing in a tough sector of family and company cars but its about to get a big boost this autumn.

Now, Mazda’s innovative Skyactiv-X Spark Controlled Compression Ignition engine and the saloon model will join the range in October and an innovative intelligent all-wheel-drive model just in time for winter.

Mazda3 breaks new ground for owners with its highest ever standard equipment such as a windscreen projecting colour head-up display with Traffic Sign Recognition, Mazda Radar Cruise Control and LED headlights across the range. 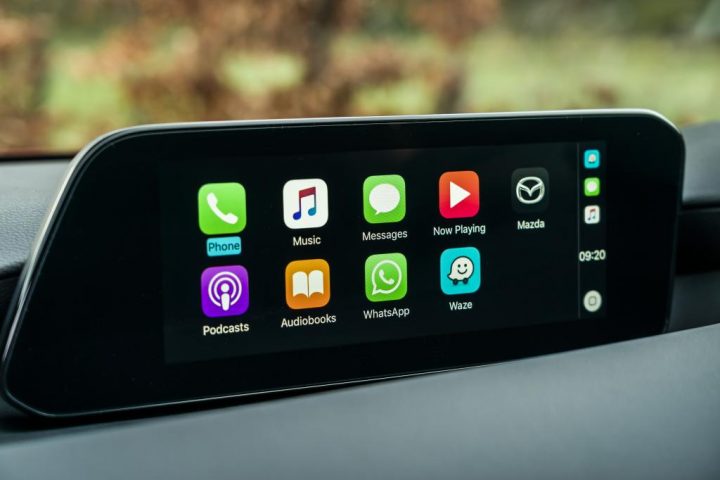 For the driver, the latest Mazda3 is the first to utilise the company’s Skyactiv-Vehicle Architecture, intended to optimise ride, refinement and handling. It certainly felt like a sporting saloon when pressed along some twisting roads.

Occasionally it would bump over bad ridges or potholes but for the greater part of our test it really absorbed regular roughness and it always felt surefooted, and possibly would have been even smoother with higher profile rather than sporty 215/45R 18 rubberware as on our test model. 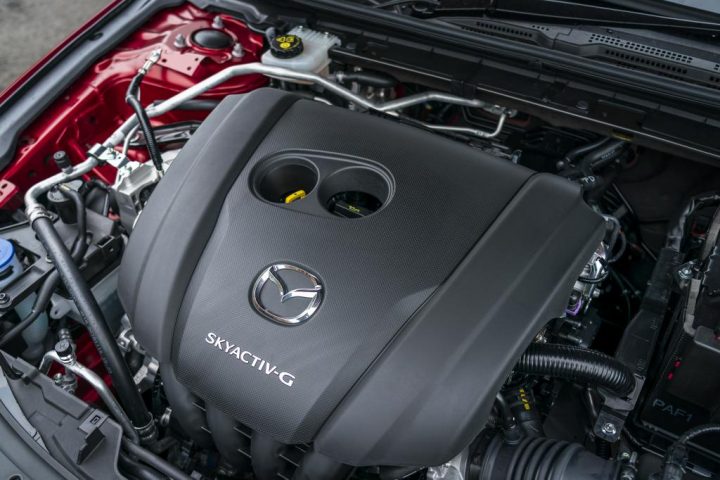 The enjoyable handling was matched by really good powertrain performance, the 2.0 petrol engine engine starting instantly, pulling well from rest and with a good power band for overtaking and flexibility, although the gearing meant you were quickly invited to change up to optimise performance or economy.

The clutch was light, progressive and eased the slick gearchanges in our manual six-speed model with its flick-of-wrist action. In some ways it felt like a hatchback version of the acclaimed Mazda MX5 sports car.

Economy was good and easily attained while the performance delivered quietly and was also useful and impressive, so the powertrain really is refined. 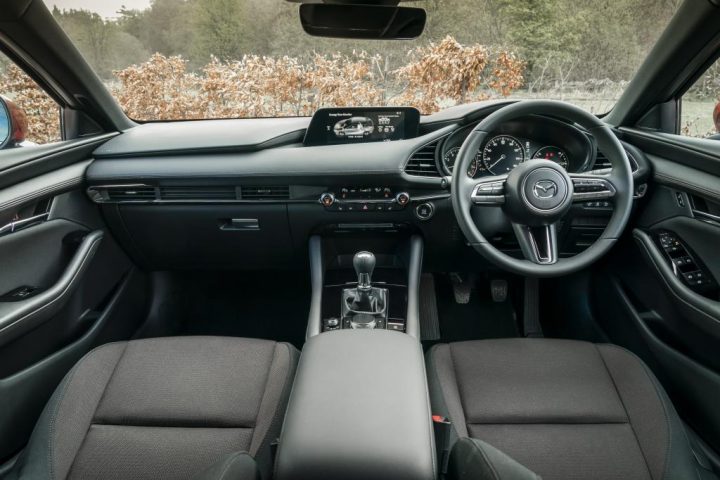 Underfoot the brakes rapidly and safely slowed the car from any speed without drama, the parking button held it securely on our test slope and the accuracy and agility of steering made it effortless in town and enjoyable on open roads.

Secondary controls grouped around the column, spokes and over the console and fascia were light and quick, clearly marked and soon became second nature. Big straightforward well-marked dials conveyed all you needed to know in a glance, supported by a selectable multi-mode display between them.

Atop the console was the modestly sized infotainment screen covering navigation, entertainment, vehicle settings and so on and once selected their displays were clear and concise.

The separate heating and ventilation controls wisely set below this screen were easy to use and effective in operation and the central console carried the manual volume setting and autohold button behind the electric brake lever. 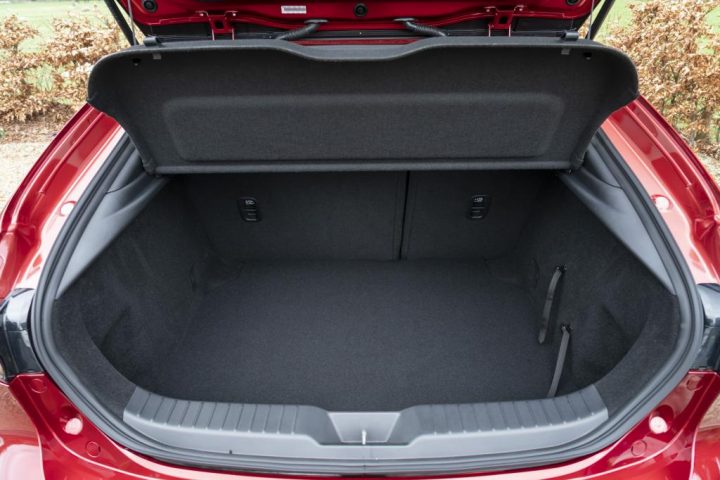 The Mazda3 is a family car and meets its role with plenty of oddments room in the front and back together with a decent sized easy to use boot which dramatically increases capacity as the offset split rear seats are folded.

Getting in and out is also simple with good sized door openings and while those in the back may find legroom tight if the front seats are pushed towards their rearward limit a more balanced setting offers good room. Infront the adjustment range was very good for short or tall drivers and the shaped cushions and bolsters securely held occupants. 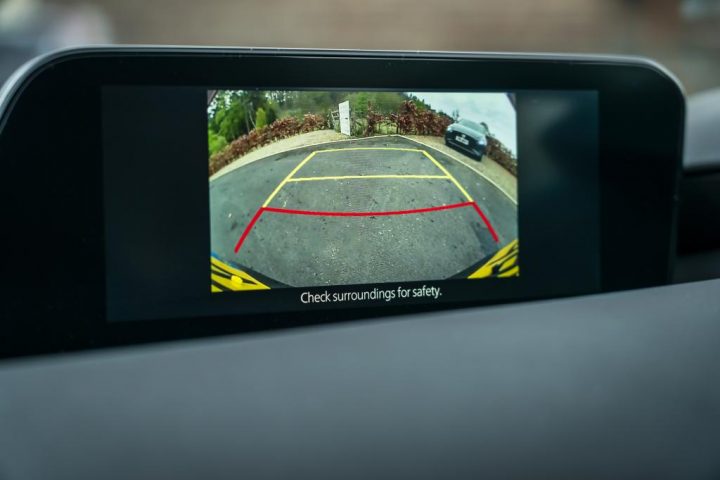 Visibility was good to front and sides, the lights and wipers did a very good job, but the rear screen overlooked a blindspot under the high tail and the reversing camera and sensors were a necessity.

As suggested earlier, noise levels were low in the new Mazda3. Driven with restraint the 2.0 petrol engine was quiet, the transmission silent and there was minimal road and wind noise.

A couple of passengers commented on the interior fit and finish, reminding them of the best from much higher priced German executive models and I tended to agree. Personally I would have liked a little less blackness to the interior panels but the brightwork highlights were appreciated on the Sport Lux trim level. 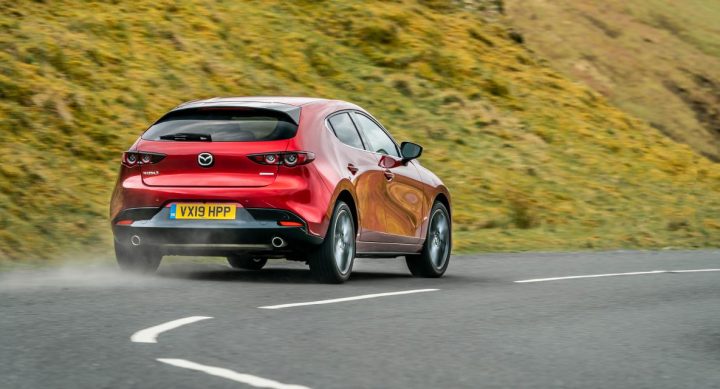 So, the all-new Mazda3 is definitely a big improvement on the previous series and it’s now up there with the class leaders in terms of sophistication and subtlety, and it may be one of the most under-rated newcomers as well.