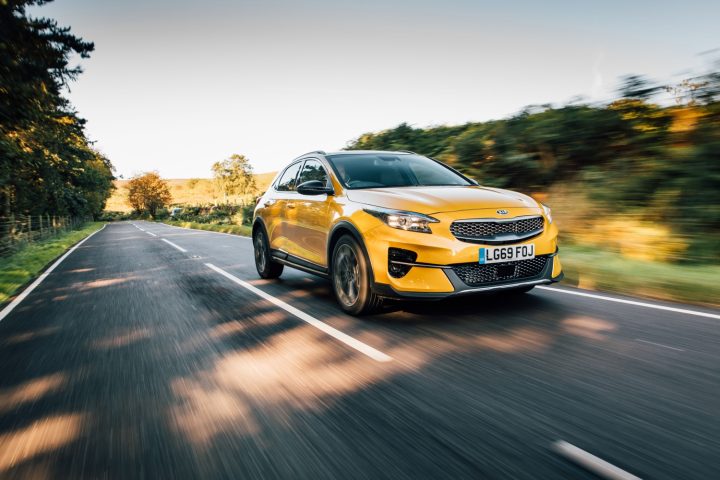 Kia Ceed has been one of the outstanding success stories of the first two decades of the millennium and as we enter its third a new chapter begins with the XCeed, writes Robin Roberts.

Hatchbacks have given way to SUVs over the last ten years and now this sector is further developing with the full size models being joined by compact versions which do everything of their larger originators but sitting on a smaller platform.

It means the car makers can get more off a single platform, cutting costs while also giving more choice to their customers and this efficiency had strong appeal to Kia which blends European design trends with Korean quality, dedication and engineering. The original Cee’d which went into production in Slovakia in 2006 developed with hatchback, coupe and estate but the new third generation was conceived with a compact SUV in the line up as well and it joined the range in Autumn 2019. 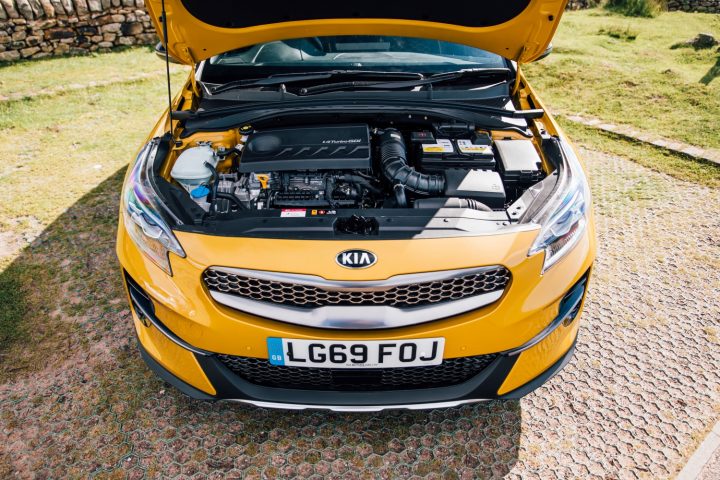 It shares the trend-setting seven year, 100,000 miles warranty of its stablemates and their extensive petrol or diesel engines with manual or automatic transmission from 1.0 to 1.6 litres and they will be joined early 2020 by a plug-in hybrid with approx 35 miles pure-electric range before the low emissions 1.6 petrol engine cuts in.

Space is the reason for creating the Kia XCeed and its normal bootspace rises from 426 to 1378 litres, roughly mid-way between the hatchback and station wagon. Internal oddments space is good for a family car as well. 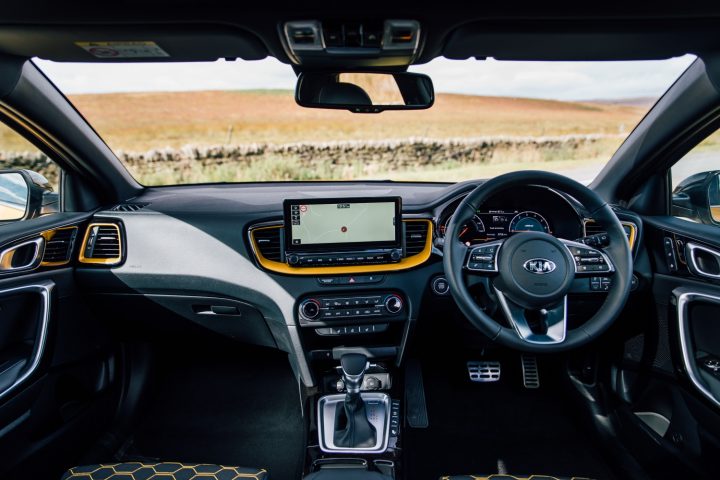 It not only compromises on space but with the suspension modifications and dynamic software fitted it also transforms from a practical family holdall to an edgier drive when wanted.

Kia has given the XCeed the high level safety and sophistication features from their range so it has a number of sensors, driver assist and warning systems when manoeuvring or on main roads and motorways, with data clearly displayed on large screens infant of the driver or over the central console.  Switches come immediately to hand but some may find the deeply cowled main instruments on the small side and their marking could be clearer. 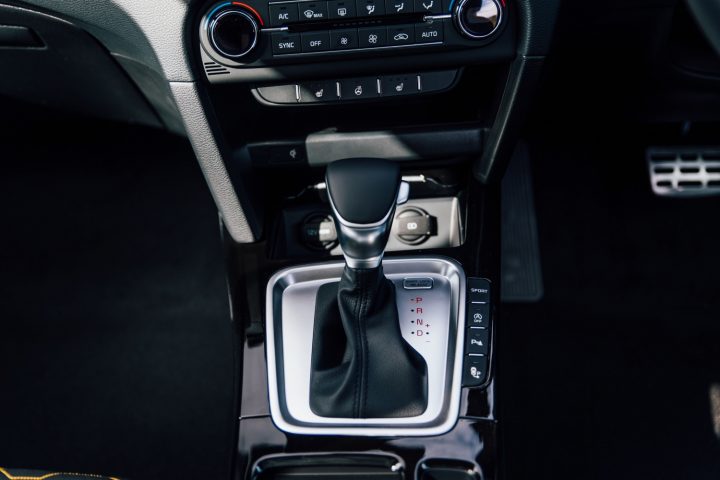 Major controls had a pleasant lightness and directness, with an easily selectable automatic lever for full or semi-automatic modes, very well weighted and adjustable steering, strong delightfully balanced brakes underfoot and a responsive throttle. You needed little effort to drive but felt well rewarded for your input.

I liked the straightforward air conditioning with its easy controls, direction and output, all backed up by powered windows and a sunroof in the First Edition.

The First Edition is always a good series from Kia, as you get a lot of equipment and in the XCeed’s case a distinctive seat pattern to set it apart and start conversations with occupants.

Access was very good through the doors but during our test the powered fifth door failed and refused to properly lock down. 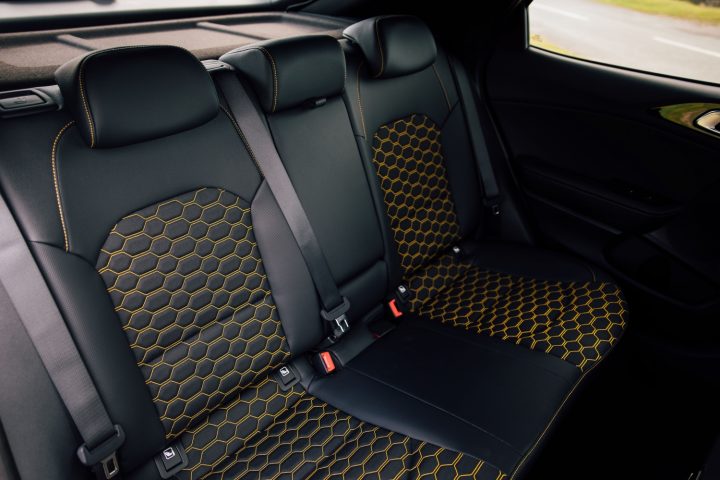 Inside there was plenty of room with well shaped and supporting seats which offered good adjustment range on the front pair and excellent vision all round and only a small blindspot over the shoulder when pulling into traffic. Lights and wipers did a good job both ends, the reversing camera was incredibly clear and the sensors had a good wide range.

Ride comfort was good and it soaked up bumps and potholes with ease without throwing the XCeed off-line during cornering. Roll was well controlled and while it felt nose heavy at times it responded to throttle changes so it tightened a chosen line through a bend without any drama.

Noise levels were modest and the most noticeable was that from the tyres over bad surfaces. 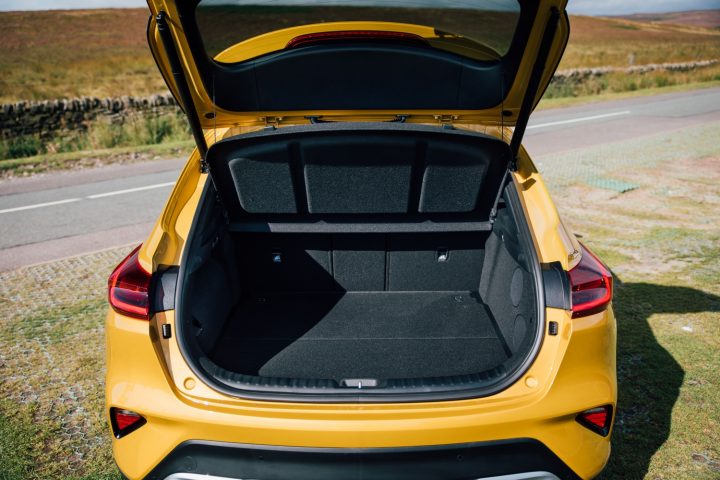 The pickup from the engine and gearbox was near instantaneous so there was hardly any lag when you wanted to overtake and the power flowed strongly and steadily but other times it was also surprisingly flexible with imperceptible changes which possibly explains the 46mpg overall fuel consumption. 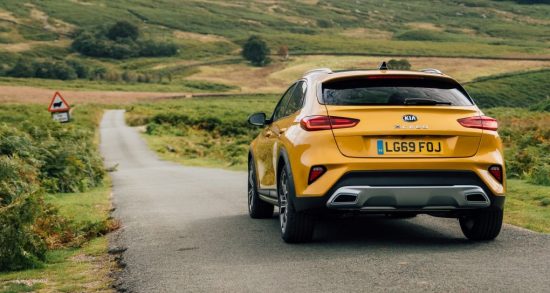 As the car market changes and becomes still more varied and challenging, the Kia XCeed and the 1.4 litre First Edition in particular is a strong competitor you cannot afford to overlook.