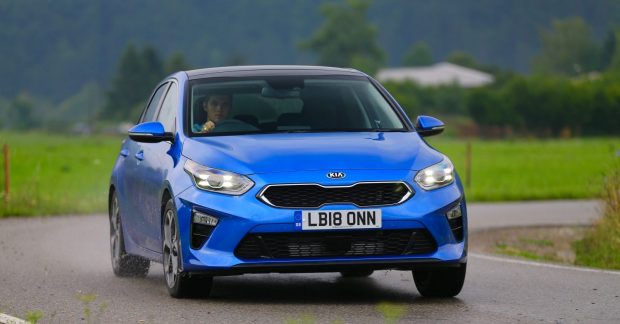 It’s all change with Kia as it moves up a gear.

The Korean carmaker has recorded its best-ever UK half year sales figures with 53,232 new cars delivered to customers by the end of June 2019.

That performance bucked the general market trend and surpassed 2018’s half-year figure of 51,506 by 3.35 per cent.

The new Ceed series runs to nearly 20 models using petrol or diesel engines from 1.0 to 1.6 litres and with a choice of manual or automatic transmissions over five trim levels. Effectively that covers the main sector of the market. 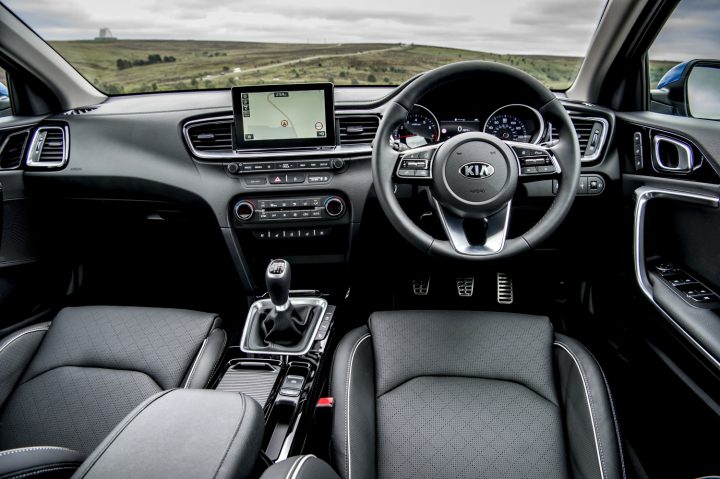 It’s easy to see why. The company has always prided itself on carefully studying what its customers want and delivering that and more in a range of eye-catching, well equipped models with reassuringly long warranties.

It’s not been afraid to venture into sporting models and a new XCeed crossover model due before 2020 but for this test let’s look at the sporting end of their family focussed Kia Ceed hatchback series, the 1.6 T GDI GT.

The car packs a useful punch with a wide spread of power, some 265Nm between 1,500 and 4,500rpm and its brisk from standstill while it quickly reaches the motorway maximum and is utterly composed for mile after mile.

Push it hard through the gears and the engine note intrudes a bit more but keep it to 4,500rpm for changes and the Kia Ceed GT is very  refined.

What’s more, a moderate foot on the throttle and some anticipation of traffic will see you match the claimed overall combined fuel economy without struggling. 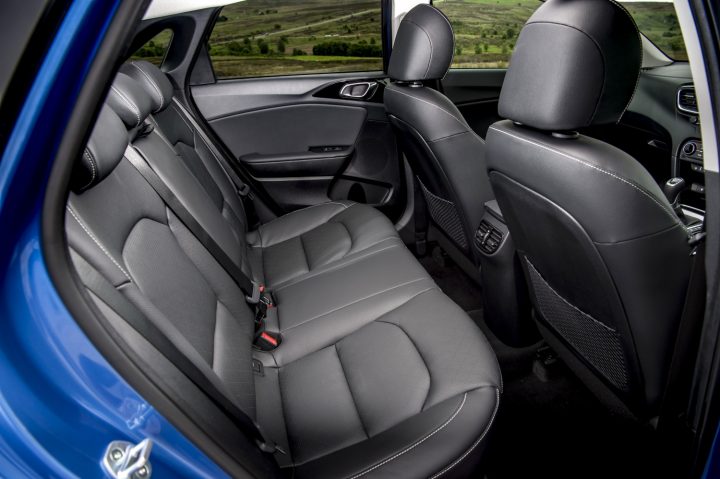 Certainly, the smooth, light and positive gearchange eases you along and the well weighted steering makes parking and manoeuvring very easy along with a good turning circle and no annoying kick-back at speed. When you need them, the ventilated/solid disc brakes drag down speed in a very controlled and effortless way.

Secondary controls are grouped on the wheel or close by and the main instruments are infront of the driver and split by an on-board computer screen showing a variety of selectable data. On the fascia above the central console is a large 8-inch touchscreen for media and telephone and that’s also very clear except when fingermarks build up.

Heating and ventilation is straightforward and efficient, with powered windows as well. 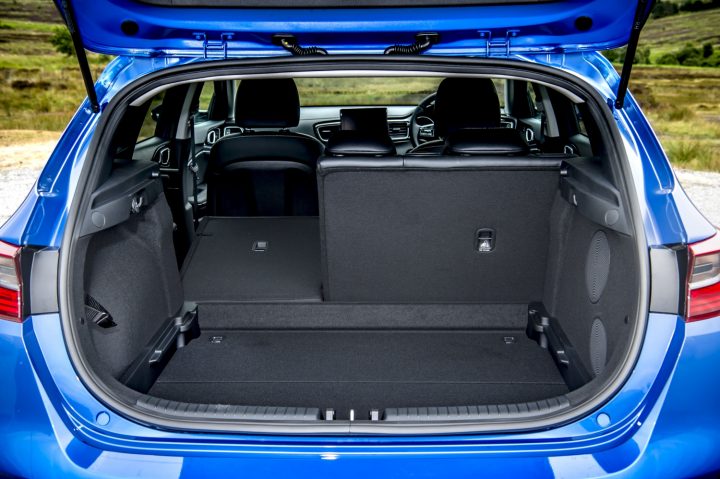 Passenger comfort gets priority with large wide opening doors, large deeply padded and well adjusting front seats and even those in the back have plenty of support and room. The boot is about average in size but the offset split back seats can gradually raise total loading capacity to triple nominal allowances, behind a deep and wide rear panel.

You can hear the Kia Ceed GT coping with bad surfaces but generally few shakes or bumps get through to the cabin, despite the fitting of 225/40R 18 wheels and tyres. These do give the GT a strong grip on twisting roads without the system feeling heavy underfoot, and it corners flat and true to course. 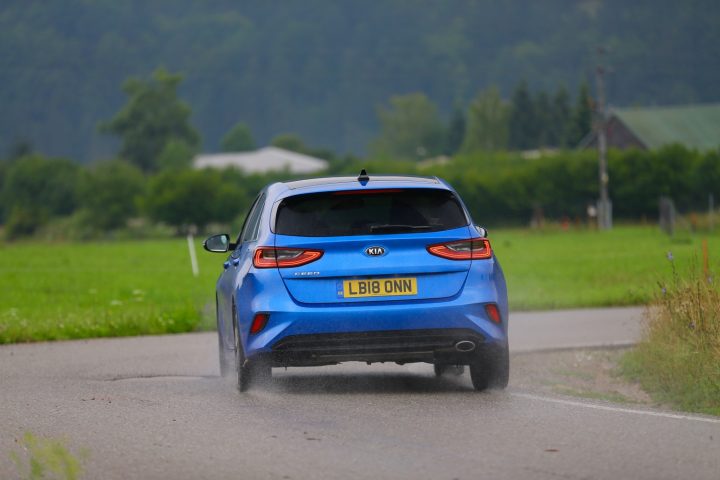 The sophisticated chassis and comfort features exude quality comparable to the best of Europe’s brands, but then again the Ceed is also built in Europe, which may surprise some. In the family car sector, the Kia Ceed comes in at the top end, meeting expected requirements but delivering more than you might anticipate. No wonder Kia sales are doing so well.