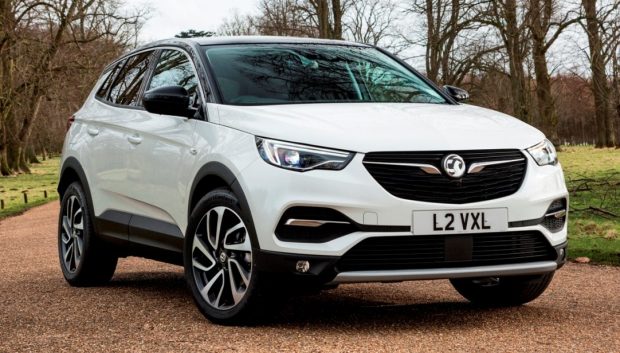 Vauxhall is benefitting from a raft of new models in showrooms.

When launched to the UK media in October last year Vauxhall said they had targeted around 20,000 sales in its first full year of sales and they are on target to easily reach that total they said at this week’s media launch of a top of the range Grandland X model. To keep up the sales momentum Vauxhall has just added another derivative to the range – the Grandland X Ultimate priced at £34,040 or with a 25 month PCP payment of £364 a month. This top of the range version combines an all-new 2.0-litre, 4-cylinder 177hp turbodiesel engine, a new 8-speed automatic transmission as standard and both are supplied by Vauxhall’s new parent company PSA Peugeot-Citroen.

From the outside the Grandland X is similar in styling to the Peugeot 3008 on which it is based and they are both built on the same PSA Group production lines in France.  The Grandland X has a different face following the Vauxhall family line but the front remains upright with the central grille flanked by sleek headlights. Move around the vehicle and there are the same sculptured doors as the 3008, the plastic cladding around the wheelarch edges and over the door sills, there is a slightly rising waistline and at the rear remodelled bumpers which differentiate the Grandland and 3008 variants. 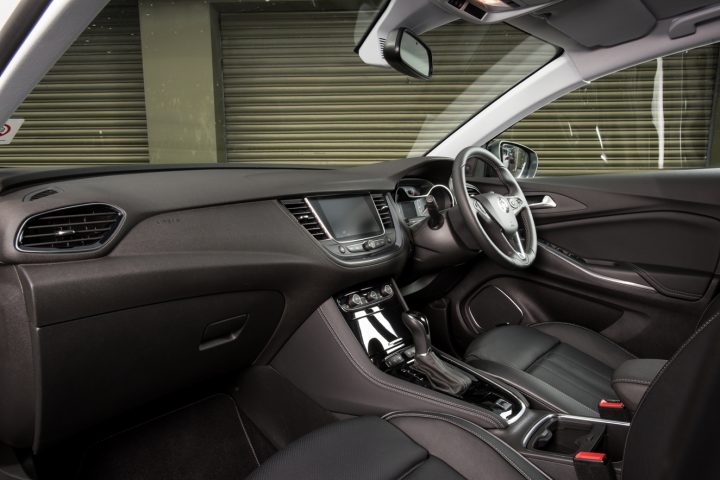 Inside there is a much more noticeable difference in the front of the vehicle. Whereas the Peugeot 3008 has the futuristic i-Cockpit striking multi-layered dashboard, much of it seemingly fabric covered with prominent elevated central touchscreen, the Grandland X models have a simplified less fussy moulded fascia with soft-touch vinyl and neat printed stitching lines.

The touchscreen is centrally positioned and inset into the fascia panel and most of the controls and switchgear are Vauxhall rather than Peugeot. Unlike the 3008, where many of the main functions need to be operated through the touchscreen, the items such as heating and ventilation controls are separate to the touchscreen in the Grandland which is thankfully much more user-friendly. 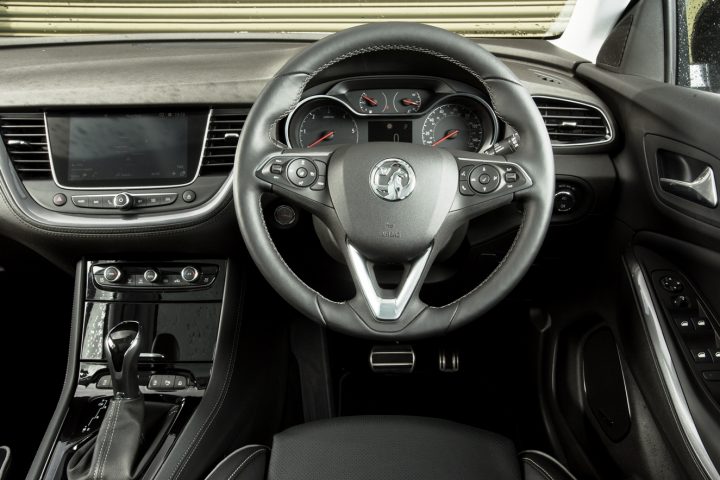 Also the Grandland has a conventional and larger multi-function steering wheel, not the same as the much smaller diameter wheel used for the Peugeot 3008.  The downside to this for the Grandland is that that 3008 has sharper steering responses. The additional higher spec and larger engine provided by the new Ultimate model add to the Grandland’s appeal in a very competitive sector.

Whilst the components such as engines, transmission, platform, steering and suspension are the same for the Grandland and 3008, Vauxhall has tuned the steering and suspension characteristics to suit their standards.  This has resulted in a similar level of ride compliancy but the 3008 feels a shade more agile in its overall handling.  The worst potholes do create thumps and bumps felt inside the cabin but not to any real detrimental effect.  Higher speed cruising on better road surfaces is comfortable with a compliant ride.

During my brief test drive of the new 2.0-litre, 177hp turbodiesel powered Ultimate version of the Grandland X this week, the added performance was very noticeable, especially the ample supply of torque of a healthy 400Nm  available from 2,000rpm which suits the new  8-speed automatic gearbox ratios very well.  It proved responsive for acceleration when needed, maintained high cruising speeds at relatively low engine speeds due to the tall eighth gear ratio, yet was flexible and docile for urban driving. 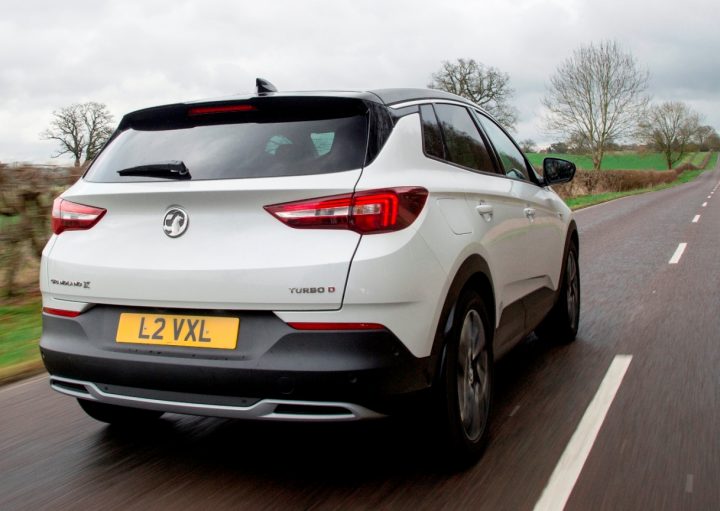 Coupled with the added luxurious specification and more power with improved driving refinement this is the ‘Ultimate’ Grandland X so far, perhaps not the ultimate SUV in its sector but a welcome flagship model addition to this popular range.

For: More powerful engine addition to the range, very high specification, roomy, comfortable, practical, well laid out logical and easy to use controls and thankfully the heating/ventilation/air-con controls are not included in the touchscreen system

Against: Higher VED and BiK tax costs due to new diesel fuel penalties, doesn’t have the unlimited mileage warranty of the donor Peugeot 3008 SUV models, bland Vauxhall family face front end styling, only an inflation kit rather than a spare wheel even though it’s a flagship model.