You are here: Home / Newcomers / CV News / Van production up, but engine manufacturing slumps in UK 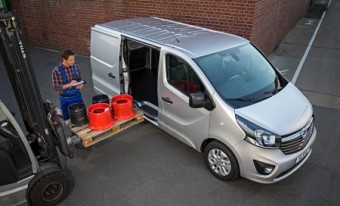 Figures from the Society of Motor Manufacturers and Traders show a boost to UK commercial vehicle production in May 2015 but engine production has slumped.

Data for the first five months of 2015 further demonstrate a CV manufacturing resurgence, with production volumes up by almost a quarter.

The sector benefitted from increasing European demand in May, as exports rose 69.4% last month with 3,710 vehicles destined for overseas markets. Half of all commercial vehicles produced to date in 2015 have been built for export.

“Continued demand for high quality British engineering, growing business confidence and regulatory stability have helped to fuel steady growth for both the domestic and export markets.”

It is particularly good for Vauxhall, which makes a range of vans at Luton  and Richard Colllier, CV manager for Vauxhall said, “New Vivaro was our most successful commercial vehicle launch ever and has performed exceptionally well in the UK since its launch last year.

“Its excellent sales performance has helped drive production at the Luton plant where we added a second shift in January and are approaching the one million build milestone.”

That growth contrasted with a 10% drop in UK engine manufacturing in May, led by a slump of 13% in units sent for export and fitting into models made outside Britain.