Volkswagen and Porsche are recalling about 227,000 models built in 2015 and 2016 after German safety authority found a problem with pretensioning software in airbags. There are concerns the faulty software may cause airbags to go-off without an accident being sensed, said German media. Germany is allocating $60Billion to boost electric car take up. Volkswagen CEO Herbert Diess welcomed a … END_OF_DOCUMENT_TOKEN_TO_BE_REPLACED 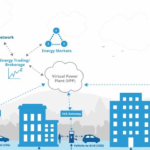 Cenex launched a detailed analysis of the costs and opportunities of Vehicle to Grid (V2G) charging of electric vehicles (EVs). The report from the technology group found that bidirectional V2G charging, which sees vehicles provide energy from their batteries to the grid when plugged in, delivers greater value and revenues than unidirectional Smart Charging. The potential value which can be … END_OF_DOCUMENT_TOKEN_TO_BE_REPLACED

The Low Carbon Vehicle Partnership and Cenex have published a new Low Emission Van Guide. It coincides with this week’s CV Show in Birmingham and the revised licensing for drivers of alternatively fuelled vans announced by the Dept for Transport. The number of vans licensed to operate in the UK has grown by a quarter in ten years to 4.1 million vehicles so cleaning up their emissions – which … END_OF_DOCUMENT_TOKEN_TO_BE_REPLACED 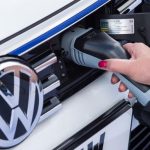 VW, BMW, MB and Porsche have suspended European sales of their plug-in hybrid models, reports Automotive News Europe. The new WLTP emissions programme tests them differently to the former NEDC regulations and the result is their CO2 footprint is bigger and outside the limits for subsidies and their owners have to pay higher taxes.  UK engine production was stable in August, with just 0.3% … END_OF_DOCUMENT_TOKEN_TO_BE_REPLACED 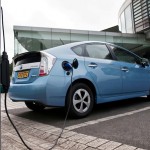 A plan to install electric car charging points across a huge slice of north east Wales is being studied. Cenex has been appointed by Cadwyn Clwyd, a Rural Development Agency, and Wrexham County Borough Council, to determine the feasibility of installing electric charging points across the county. This project has received funding through the Welsh Government Rural Communities - Rural … END_OF_DOCUMENT_TOKEN_TO_BE_REPLACED 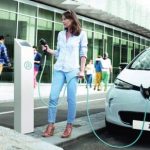 The UK’s first Centre of Excellence for low carbon technologies will manage the National Chargepoint Registry (NCR), working in partnership with green energy software systems specialist Apetrel Systems and funded by the UK government’s Office for Low Emission Vehicles. The upgrades to the NCR will help to ensure that the information on chargepoints in the UK is accurate and up-to-date, and will … END_OF_DOCUMENT_TOKEN_TO_BE_REPLACED 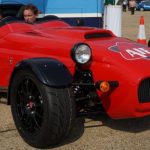 Not only has history been made, but rules have been rewritten following the debut of the first British made sports car successfully powered by a single rotor rotary engine.  Millbrook Proving Ground was the setting for a dynamic ride and drive test of a ground-breaking low carbon rotary engine integrated within a popular British open-top Westfield Sportscar. The 120bhp rotary engine … END_OF_DOCUMENT_TOKEN_TO_BE_REPLACED 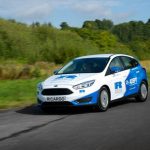 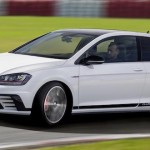 Motorists hoping to bag a bargain following the Volkswagen Group emissions scandal will be disappointed, because residual values of models from VW, Audi, Skoda and Seat have barely moved, according to research. One year ago on 16 September 2015, when the VW emissions scandal broke, canny drivers might have hoped that sales of VW Group cars would drop and second-hand models would plummet in … END_OF_DOCUMENT_TOKEN_TO_BE_REPLACED

Integration into the wider transport network is the key to the future development of Low Carbon Vehicles, according to the Transport Systems Catapult. At the Cenex Low Carbon Vehicle Event (LCV2016) on the 14 and 15 September, the TSC will highlight how emerging technologies and business models will enable new ways of reducing transport emissions - both at the vehicle and system … END_OF_DOCUMENT_TOKEN_TO_BE_REPLACED