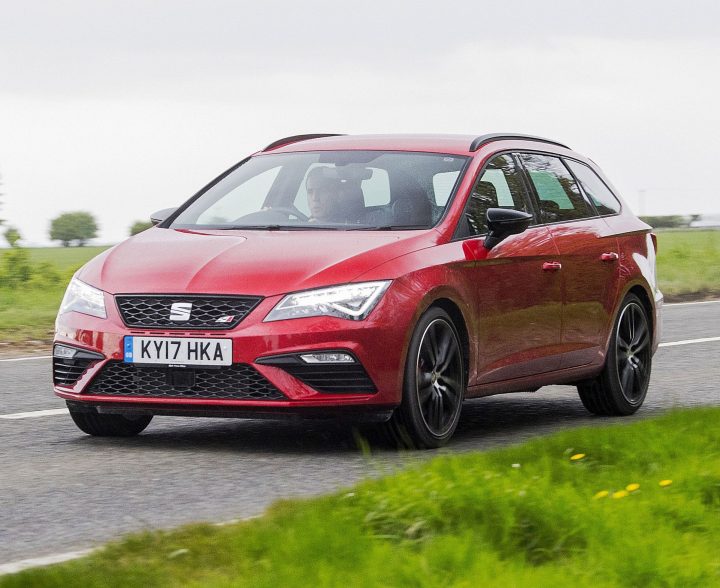 Let me introduce you to the wolf in sheep’s clothing that is the SEAT Leon Cupra ST, writes David Miles.

SEAT’s Leon range of mid-sized C-segment models covers SC three door hatchbacks, Leon five door hatchbacks and ST five door estates with a long list of 1.4 to 2.0-litre engines, both petrol and diesel, with a comprehensive level of specifications with prices covering a huge scale from £19,555 through to £33,175.

Right at the top of each of the three body styles are the Cupra high performance models with their 2.0-litre 300hpTSI turbo petrol engine. All but one version offers front wheel drive with manual or DSG automatic gearboxes but there is one more model that outshines those. It’s the Cupra ST 300hp DSG auto with 4Drive traction and that carries the top £33,175 price. 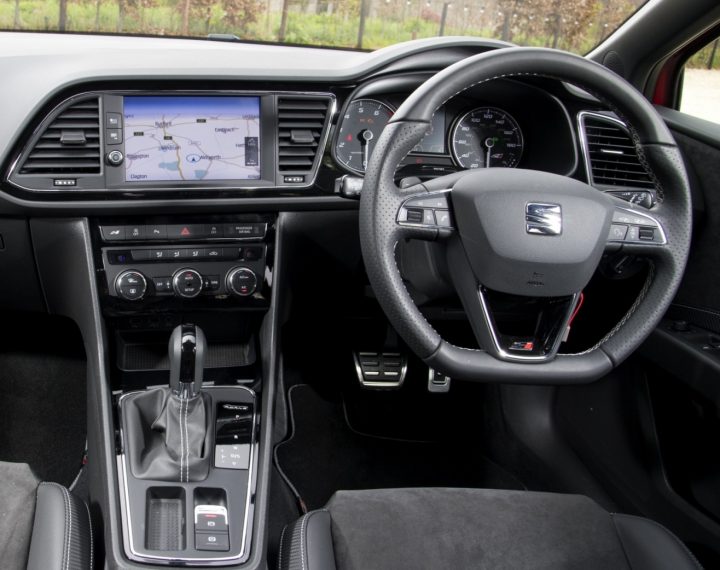 Top speed is a more than healthy, but legally unusable on UK roads, but the 4Drive system capitalises on that extra power and torque to provide added traction.

As for running costs, well the official Combined Cycle fuel economy figure is 39.2mpg and my week of motoring, a blend of busy traffic congested roads and some quieter routes allowing more spirited driving, returned 33.2mpg. 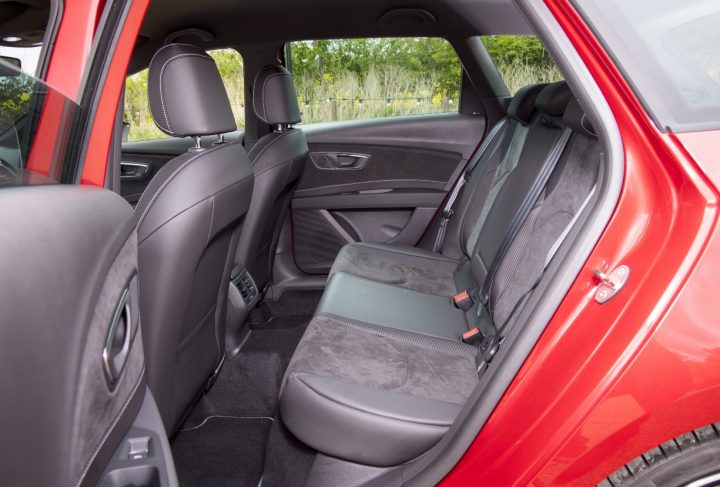 Perhaps the more important figures for the Leon ST estate’s potential as a load-lugger, even in Cupra high performance form. The wheelbase is the same as the Leon five door hatchbacks but the rear overhang is 264mm longer to increase load space. With the three rear seats in position there is a 587-litre boot but fold down the rear seat backs and this goes up to a useful 1,470-litres. 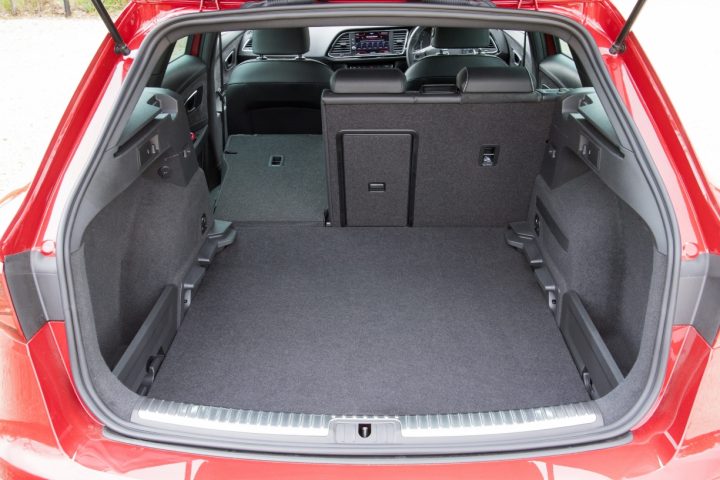 For ease of use there are seat back release handles in the boot, 13 cubbies for storage around the cabin, a 12V boot socket, a retractable rear shelf and storage space under the floor.  Up front the interior has sports seats bearing the Cupra logo and there is the usual array of controls, switches and 8.0-inch touchscreen, all very similar to other SEAT models and other VW Group brands.

The driving position is good, the visibility excellent thanks to the fairly slim pillars around the estate’s body and the ride comfortable if the Comfort driving mode is selected.  More enthusiastic driving probably requires the pilot to select a  Sport setting which reduces the small element of suspension ‘bounce’ on undulating road surfaces and sharpens up the acceleration response and auto gearbox change points.

The handling is well balanced despite the vehicle’s added body length due to the fact that it uses the highly competent VW Group MQB platform and the wheelbase is the same as the five door hatchback version. Pushing the nose into corner at speed and the grip and steering are sharp and predictable with no understeer with the rear end following accurately the chosen line without oversteer, hence my comment about balance handling and grip.

The 4Drive system pushes torque to each of the four wheels as grip is required either for straight line acceleration or during fast cornering. It’s a seamless operation and the same smoothness of operation comes from the 6-speed DSG fast changing auto gearbox.

When it comes to the competition in this ‘hot’ medium sized estate car market sector there isn’t too much in the way of competition and most of that comes from other VW Group brands in the form of the VW Golf R 2.0-litre 310hp estate or the roomier and cheaper Skoda vRS Octavia estate 2.0-litre 230hp.

Although there is a new Ford Focus on its way the Focus ST 2.0T EcoBoost 250hp models could still be available and there are the less practical five door hatchbacks such as the Renault Megane RS 1.8-litre 280hp or the Honda Civic Type R 2.0 VTEC 320hp, so the SEAT Leon Cupra 300 ST TSI DSG 4Drive has a more or less high speed clear run for sales although what competition there is, is significant.

But for around the same money you can have the larger Vauxhall Insignia Sports Tourer estate with either 2.0 turbo petrol 260hp or 2.0 Bi-Turbo diesel 210hp engines, both with 4WD and both with automatic transmissions. Slightly less power granted – but with lots more space and still impressive performance. 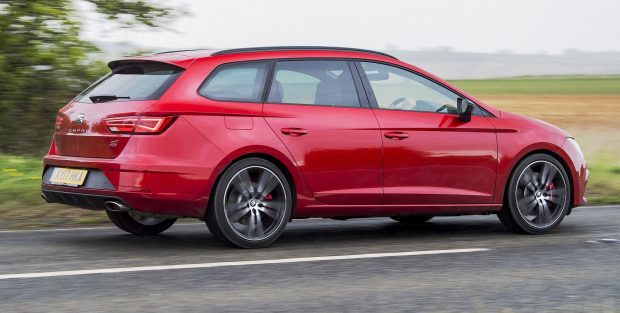 If size doesn’t matter, the rakish looking Leon ST estate is still very fit for purpose and the Cupra performance and specification enhancements should boost its appeal for a small and important number of enthusiastic drivers.

Against: Doesn’t have price on its side, high running costs, limited appeal for mainstream buyers of mid-sized estates, ungenerous warranty.