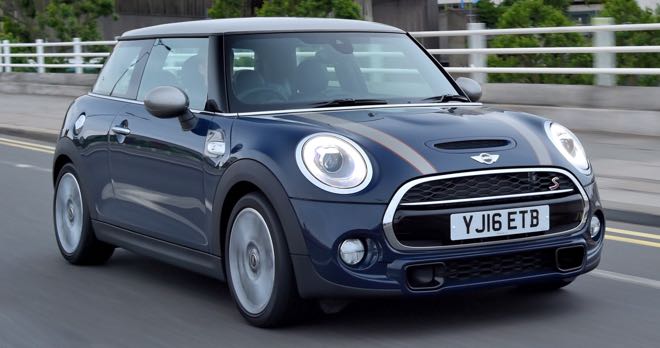 MINI’s boost in sales this year has been fuelled by the introduction of their Clubman range – their first C-segment MINI followed by the Convertible new range including the recently introduced JCW, or John Cooper Works variant, writes David Miles.

The MINI Seven is the first design model of their third generation Hatch range, which is available in three and five door forms at prices starting from £18,545 and £19,145 respectively, and it’s a ‘homage’ special edition range to the first Mini “Austin Seven” model launched in 1959.

The new MINI Seven takes its name from the very first Mini, the 1959 Austin Seven built by the British Motors Corporation.   Minis were subsequently built by British Leyland and Rover Group until 2000 after which BMW took over the brand and produced their first MINI in 2001.

Mini under British ownership built around 5-million cars in 41-years and under  BMW’s ownership has built 3-million cars in 15-years. The UK remains the largest single global market for MINI sales with around 70,000 registrations expected this year.

With the new MINI Seven for the UK market around one in 15 customers are expected to chose the Seven ‘homage’ variants which are available in three and five door Hatch body sizes with four engine types, Cooper, Cooper D, Cooper S and Cooper SD. Prices start from £18,545 for the three door model and £19,145 for the five door version. MINI say this is no sales limit for this special edition, it will remain in production at Plant Oxford for up to 18-months with unrestricted numbers available.

Compact size, high build quality, the MINI image and the opportunity to personalise your car are all hallmark reasons for MINI ownership. Much of the new Seven versions desirability is about added value equipment offering a customer saving of 5-7% over other versions.

Inside the additions include sports seats with a fabric and leather finish, a MINI Seven logo on the central instrument which surrounds the MINI Visual Boost 6.5-inch colour display which also comes as standard alongside MINI Connected, Bluetooth Handsfree, floor mats and automatic air-con.

All these extras add up as my test Seven shows. The Cooper S three door Hatch has an on-the-road price of £21,180 but with some of these options it wheeled out for my test drive costing £26,020. Can you really put a price on class and high kerb appeal? MINI owners think not especially if the model of choice turns out to be ‘a keeper’, a snapshot of MINI history under BMW’s ownership.

Off course the Cooper S performance is appealing as well. It is ‘a given’ that modern MINI’s, just as they did in the past, have a wheel at each corner, have superb road holding, limpet-like road adhesion and are a joy to drive, compact to park, fuel efficient and just plain fun. Add to that the latest high spec and build quality and the results are to be found by year after year record sales – a modern day motoring indulgence. 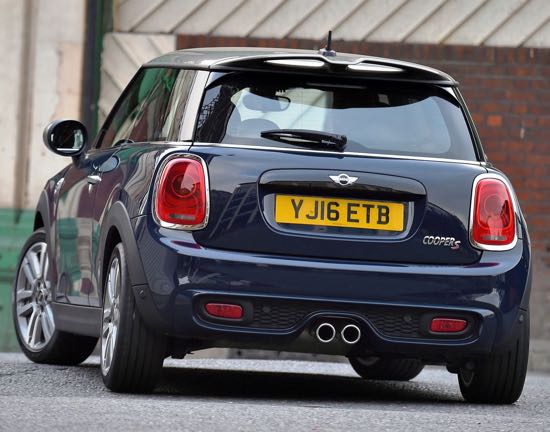 The engine is strong, punchy during acceleration, very swift pick up during acceleration from low speeds due to the high torque from low engine rpm so enough said and of course the road holding is a good as ever. But it’s not the performance that is going to sell the new MINI Seven, it is it’s recognition of 57 years of Mini or MINI history.

For: A ‘homage’ model to the first Mini Austin Seven on sale from 1959, one for the connoisseur’s collection, high spec with distinctive Seven livery, renowned Cooper S performance.

Against: Costly and even expensive with added options.