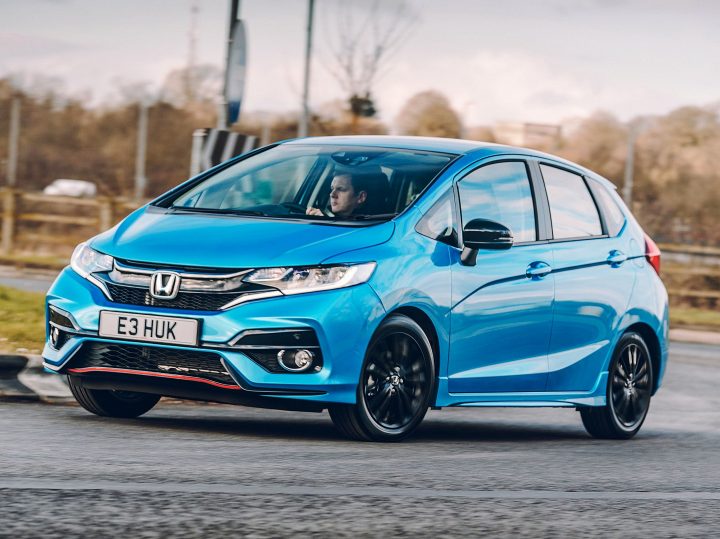 The Honda Jazz might hit the right notes for some, writes David Miles.

The supermini sized B-segment five door is one of Honda’s best sellers in the UK but is no longer built in this country as production for global markets  at their Swindon plant has been given over to the latest Civic C-segment hatchbacks.

Over seven million Jazz units have been sold globally since the first generation model was introduced in 2001 and this third generation Jazz is built in Japan but in core ways it ‘mirrors’ the previous model in terms of its interior packaging  which has made it a very popular and practical model.

The 2018 Jazz exterior design offers a bolder and sportier appearance with the sharp styling lines and sculptured panels and wedge shaped side profile taken from the latest Civic hatchback. The new Jazz Sport 1.5 takes this new sportier design further. It is based on the SE grade and features a thinner front splitter beneath the lower grille and triple-strake diffuser under the rear bumper. Both are finished with a sporty red accent line similar to the Civic Type R, LED headlights, front fog lamps, side sill skirts, a tailgate spoiler and gloss-black 16-inch alloy wheels. 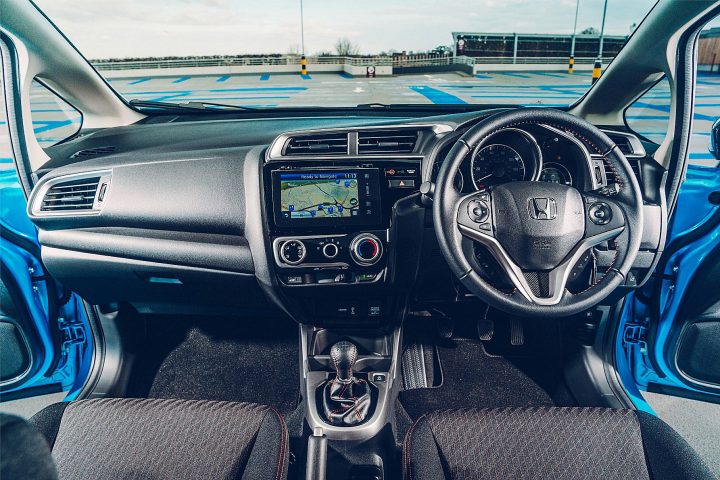 Core to all Jazz models remains one of its main selling points – the interior packaging of versatile and roomy space.  Unlike the new Civic, the updated Jazz retains the ‘signature’ Honda Magic Seats system. 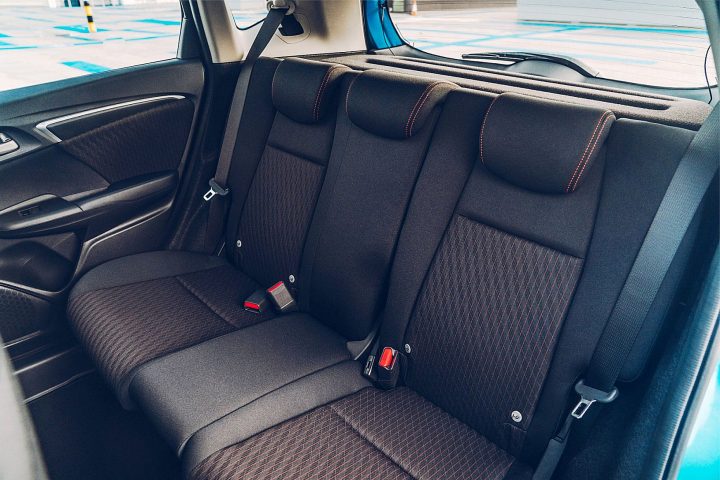 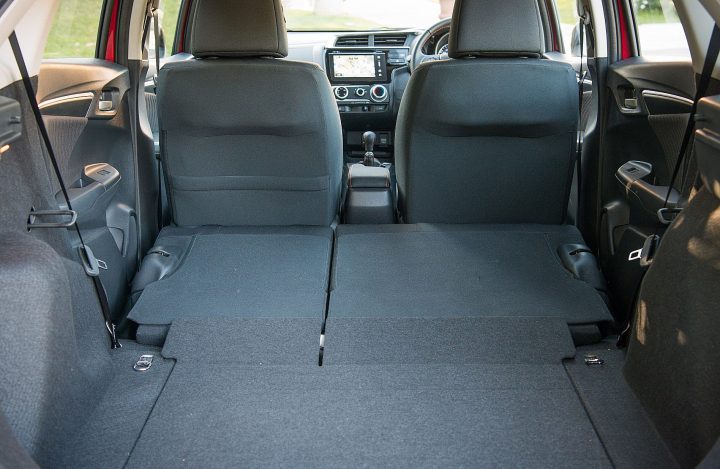 The rear seats easily fold  to provide very useable load/passenger carrying combinations in a vehicle just a shade under four metres long for 1.3 litre versions and just over four metres for the Sport versions with their larger front sports style bumper. With all the seats in use there is 354-litres of boot space, fold down the rear seats and this goes up to 897-litres but if loaded to the roof there is 1,314-litres of cargo room. 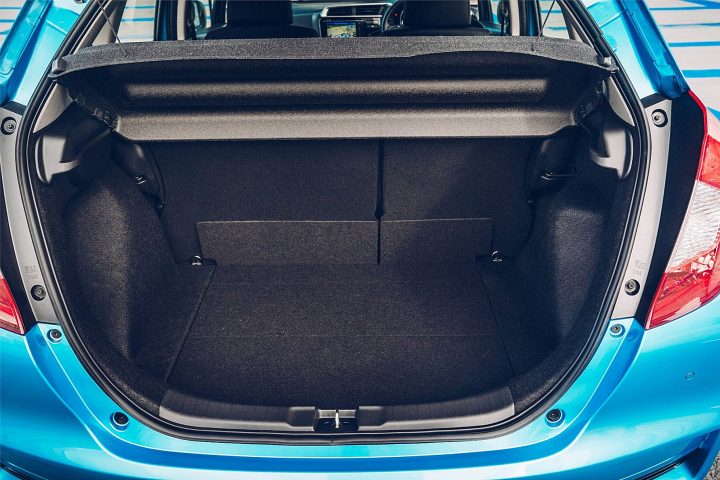 Another issue was the somewhat flimsy load floor over what would be the spare wheel cavity.

This area of the floor felt thin and I’m not sure how durable it will be after long-term use.  No spare wheel is provided either so it’s a dreaded inflation kit instead.

The interior quality throughout looks and feels a step lower than previous UK built models.  The plastics are shiny, hard and scratchy in places and it looks more of a quality suited to Asian markets than what we used to with European or South Korean models.  Insulation from engine and road noise was also a quality and refinement issue for me especially with the 1.5-litre high revving engine.  The Honda Connect infotainment system with its seven–inch touchscreen was sufficient but lacked the sophistication and prompt responses compared to many other competitor models – it was a bit ‘old-school’. 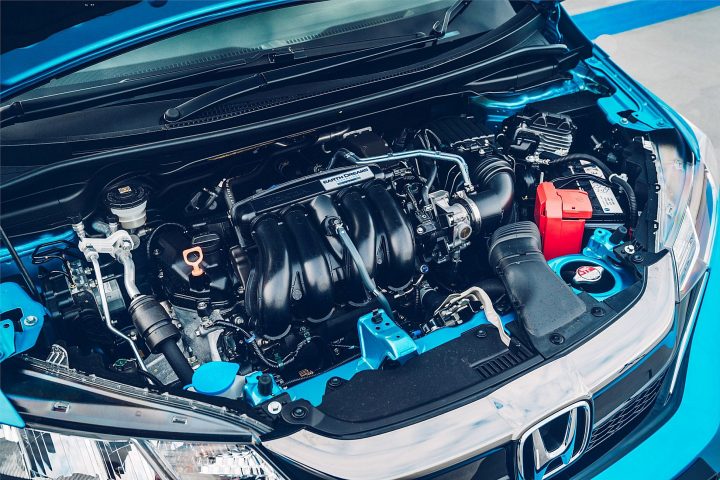 The 1.5-litre four cylinder i-VTEC variable valve timing unit produces 130hp at 6,600rpm and 155Nm of torque at 4,600rom.  Compared to modern-day turbocharged petrol units both the hp and Nm figures are modest outputs certainly not in keeping with the Sport title given to this latest Jazz range addition.

Top speed is an adequate, but modest for both manual and auto versions and the zero to 62mph acceleration time for the manual gearbox version is stretched by almost 1.5 seconds for the CVT automatic option.

The six-speed manual gearbox offers slick and precise changes with the first four gears being close ratio settings with fifth and six gears more overdrive ratios.  Cruising at 70mph in sixth gear only uses around 3,100rpm showing its long legged-ness but the thrashy engine noise percolating into the cabin sounded as though it was working much harder than it actually was.  Several times it just sounded and felt as though a seventh ratio would have been beneficial to reduce the noise intrusion. 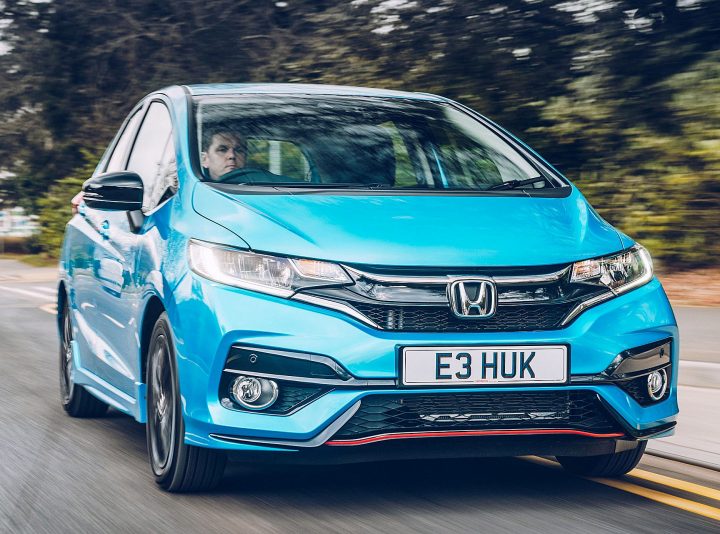 There was also considerable noise transmitted into the cabin from the tyres over courser road surfaces hence my comments about better insulation material for European markets is needed.  Generally the ride comfort was good with only the worst of the potholes being felt inside the car and overall the handling was well balanced.

Although not as balanced as the latest Ford Fiesta, the Jazz Sport was easy to drive with really good visibility although a reversing camera would have added to its functionality over and above the front and rear parking sensors.

Despite the liberal use of engine rpm the fuel economy was very acceptable  with a real-life figure of 45.1mpg overall during my week long test driving covering all types of journeys from urban commutes to longer motorway cruising. It was a bit less than the official Combined Cycle figure of 47.9mpg but then again due to the hot weather I had the air-con working most of the time.  With CO2 emissions of 133g/km for the manual gearbox test model, the VED First Year road tax cost £205 and then £140 Standard rate for year two onwards.  Company car users will pay 27% Benefit-in-Kind tax and insurance is group 19A, six groups higher than the 1.3-litre models. 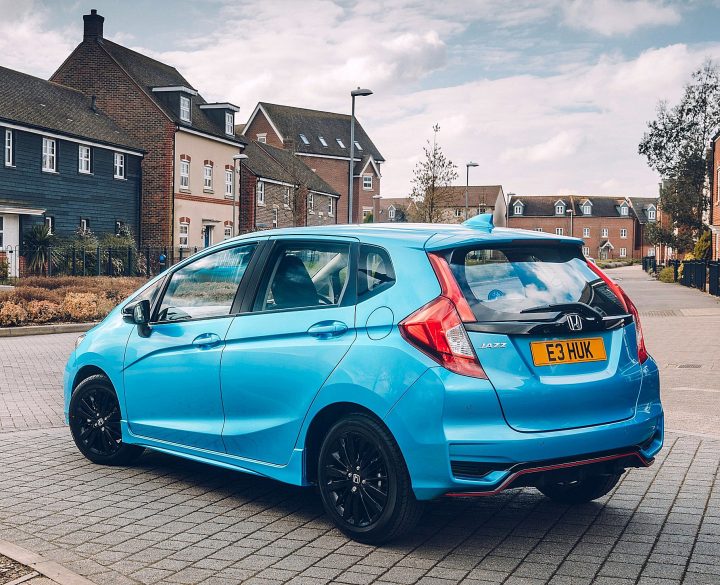 Overall the latest Honda Jazz in its new 1.5-litre Sport Navi manual model guise I tried and tested faces stiff competition in its sector. It has to compete against the likes of the latest generation roomy five door hatchbacks such as the VW Polo, SEAT Ibiza and the best selling new Ford Fiesta plus the latest compact SUV styled models such as the Renault Captur, Peugeot 2008 and Citroen C3 Aircross.

Whilst Honda’s Jazz used to call the tune in its class, today with more competition it could be out of tune. More Blues than Jazz.