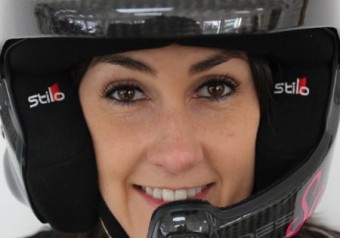 Welsh rally driver Sara Williams has been nominated to join 17 fellow female drivers and co-drivers to participate in a special cross country rally project next week.

Sara is the only representative for Britain at this truly special event.

Run by Qatar Motor and Motorcycling Federation in conjunction with the FIA Women in Motorsport Commission, Sara is one of nine drivers selected from across the world for the special course, which offers one driver and co-driver the chance to take part in the 2016 Sealine Cross Country Rally.

Taking place between the 2 & 7 November, participants will travel to a unique desert driving training camp; run by Jutta Kleinschmidt, the first and only woman to win the Dakar Rally, and Fabrizia Pons, a multi-award winning co-driver.

Candidates will be put through an intense training programme to learn all the techniques to tackle the changeable and unforgiving desert environment.

Sara Williams has been selected ahead of over 80 UK applicants and hundreds of hopefuls across the world. Sara rose to prominence in the rally scene in Britain by becoming the first woman to win a UK rally event outright for 30 years in 2013.

This was followed by numerous successes including a strong finish in WRC Wales Rally GB in 2014 and overall victory in the Red Dragon Rally this year. Sara will be swapping the gravel and tarmac stages she knows so well for the kind of desert challenges made infamous by the Dakar Rally and Baja 1000.

Sara, who works in the family car sales business Brecon Motors MG, enthused after her nomination, “Thank you to the MSA for nominating me and giving me this once in a lifetime opportunity. I’m so excited to be representing the UK in Qatar and hopefully I can do everyone proud!”

Michelle Mouton, President of the FIA Women in Motorsport Commission, commented in the official FIA press release, “We were impressed by the calibre of applicants, which made this initial selection process very difficult. It has demonstrated there are a lot of women out there who want to come and try a different discipline. For those we will meet in Qatar, this is where the adventure starts!”