A recent report by the Science and Technology Select Committee and echoed by sitting MPs claims that the best chance for UK citizens to help fight climate change is to stop driving their cars.

Despite continued interest in vehicles running on greener energy, the committee’s findings suggest that government targets cannot be met through simple changes in technology.  This is a thought which has also been put forward by a number of academics, as it is claimed that greener cars still contribute heavily to carbon emissions.

However, the claim that UK motorists should leave their cars behind altogether has further raised concerns about the condition of British public transport.

However, many drivers may not feel that they can safely rely on buses and trains, and for some, cutting out a car is likely be a large lifestyle change.  It is also likely to be inconvenient to many people who commute and travel regularly. 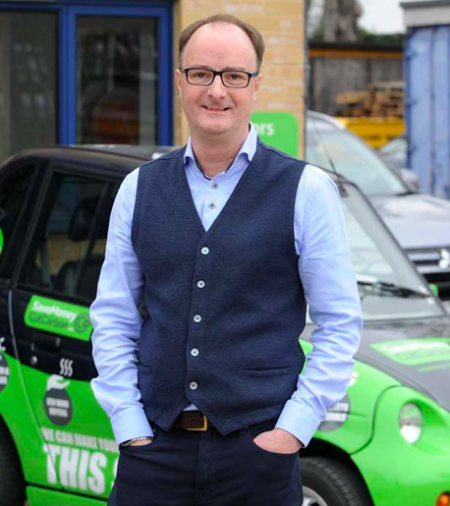 Mark Sait, CEO of SaveMoneyCutCarbon (right), believes that, while the recent report may be honourable in its intentions, it may not be taking the most realistic or practical approach.

“Many people are not going to feel comfortable trading in their cars for trains and buses,” Sait explains.  “It is another example of the UK government suggesting that ordinary people make huge, inconvenient life changes.”

SaveMoneyCutCarbon has consulted with prominent businesses on carbon footprint control and is continuing to advise public bodies and households alike.

The company’s ethos is to present ways for people to be kinder to the environment without them having to make major concessions.  This, Sait strongly believes, is the key to people making positive changes to the world around us.  The news that motorists are being advised to take their cars off the road is, Sait feels, a step in the wrong direction.

“People are, naturally, going to be resistant against making big, uncomfortable changes,” the CEO explains.  “That’s one of the reasons why there has been relatively low public interest in carbon control over the past few years.”

“Instead of telling people what they need to cut back on, or sacrifice, we should be looking at more positive options.  Money-saving changes at home, for example, such as switching to energy efficient LED bulbs, or installing solar panels, benefit both the owner and the environment.  People are going to be more receptive to ideas which actively help them, rather than hinder them.  It’s all about sustainability without compromise.”

“Our focus has always been on finding ways for people to save money, while fighting climate change,” Sait explains.  “While removing cars from the road is a good idea in principle, public transport is not yet at a point where it is wholly reliable and cost-effective.  For now, we need to pursue more realistic channels to meet UK targets.”