You are here: Home / Motorsport / 2021 / Pearson moves into lead of Welsh Rally championship

Despite having never contested the event before, he and co-driver Niall Burns (below) led from start to finish, taking a six second lead after the open stage and building it into a 58 second winning margin after all five stages and 44 stage miles through the ultra-fast Radnor forest complex had been completed. 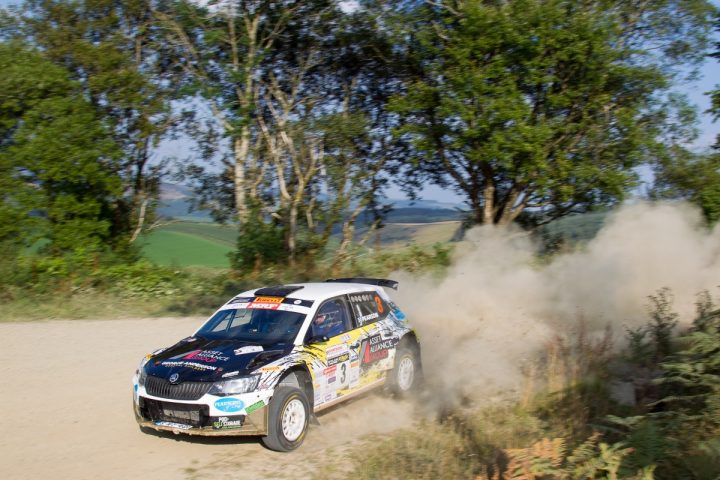 It was a near perfect performance in their Dylan Davies Rally car – a spin on SS2 and an overshoot at a junction on SS4 their only minor dramas.

“It’s my first time at the Woodpecker Rally and I couldn’t ask for much better to be fair. It didn’t feel like we were going very well in the morning, but the times were there,” said Garry.

“We upped our pace in the afternoon and made a couple of small mistakes, but we managed to reach the end and get the result we wanted.”

George Lepley moves up to third in the Pirelli Welsh overall drivers’ standings and extends his lead in the Pirelli Welsh Junior category after an incredible drive to second on the Woodpecker in his WD-40 Mitsubishi Evo X. The AMS-tuned car had new brakes fitted for the event, which took some bedding in on the opening loop of two stages, and from then on his confidence and speed grew as he and co-driver Tom Woodburn flew to a truly wonderful result.

Round 3 of the 2021 Motorsport UK Pirelli Welsh National Rally Championship is the Visit Conwy Cambrian Rally on Saturday 30 October.