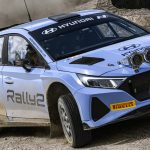 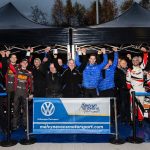 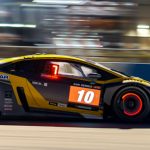 Lamborghini Huracan GT3 racer Seb Morris concluded his maiden year in the 24H Series second overall in the GT3 Pro driver standings following the final race of the season at Sebring, Florida – just two minutes of driving time standing between the Marford, Wrexham driver and the class title. Making his first ever visit to the Florida track, 25-year-old Morris (below left) was prevented from … END_OF_DOCUMENT_TOKEN_TO_BE_REPLACED 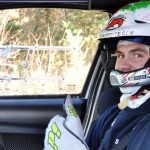 Osian Pryce will bounce straight back from finishing runner-up in the British Rally Championship by aiming for victory on the Roger Albert Clark Rally. This year’s five-day and 351 stage mile event will be the longest special stage rally in Great Britain for 30 years (since the 1991 Lombard RAC Rally in fact) and Osian will contest the event for the first time in a RallyXtreme Ford Escort Mk2 … END_OF_DOCUMENT_TOKEN_TO_BE_REPLACED 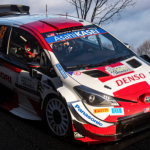 Flying Welshman Elfyn Evans helped Toyota win the WRC manufacturers' title for the first time in three years, but it was a bitter sweet result for him. Sébastien Ogier and Julien Ingrassia swept to a remarkable eighth FIA World Rally Championship title in nine seasons in Italy on Sunday afternoon. The Frenchmen ended their careers together in style with victory at FORUM8 ACI Rally Monza … END_OF_DOCUMENT_TOKEN_TO_BE_REPLACED 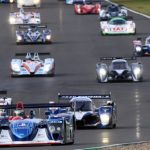 Ticket sales for The Classic 2022 open today – one month ahead of Christmas – and all those booking their tickets before midnight on the opening day will be in with a great chance of winning some absolutely amazing prizes. Lucky winners could be rewarded with a pair a of weekend tickets to the 2022 Formula 1 British Grand Prix 1-3 July also hosted at Silverstone, a stunning Silverstone … END_OF_DOCUMENT_TOKEN_TO_BE_REPLACED 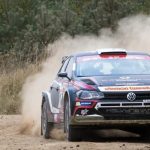 Osian Pryce is just one step away from becoming British Rally Champion for the first time as he leads the drivers’ standings heading into the final round of the series, the Modern Tyres Ulster Rally on Saturday. Having finished on the podium in all six rallies this year, including winning last time out on the Visit Conwy Cambrian Rally and a maximum bonus BRC Joker points score on the Mull … END_OF_DOCUMENT_TOKEN_TO_BE_REPLACED 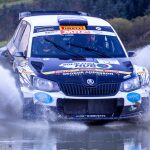 Garry Pearson is the 2021 Motorsport UK Pirelli Welsh National Rally champion after a stunning fightback on the final two stages of Saturday's Rallynuts Stages Rally saw him clinch the title by the smallest of margins and winning on a tiebreak. Co-driven by Niall Burns (below left), Garry lost 17 seconds on the opening stage through Myherin when the power steering failed on his Pirelli-shod … END_OF_DOCUMENT_TOKEN_TO_BE_REPLACED 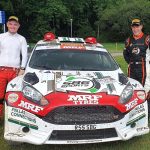 Garry Pearson and Callum Black will go head-to-head in the battle for the Motorsport UK Pirelli Welsh National Rally Championship title as the 2021 series reaches an exciting climax on the Rallynuts Stages Rally on Saturday. Having scored maximum points on the previous two rounds, the Eventsigns Woodpecker Rally and Visit Conwy Cambrian Rally, Garry (below) takes a six-point lead into the final … END_OF_DOCUMENT_TOKEN_TO_BE_REPLACED 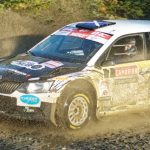 Garry Pearson extends Pirelli Welsh National Rally Championship lead as title battle goes down to the final round, writes Paul Evans. Garry Pearson has increased his lead in the 2021 Motorsport UK Pirelli Welsh National Rally Championship after scoring maximum points on the Visit Conwy Cambrian Rally, which is his second series win in a row. Co-driven by Niall Burns, Garry made a great … END_OF_DOCUMENT_TOKEN_TO_BE_REPLACED