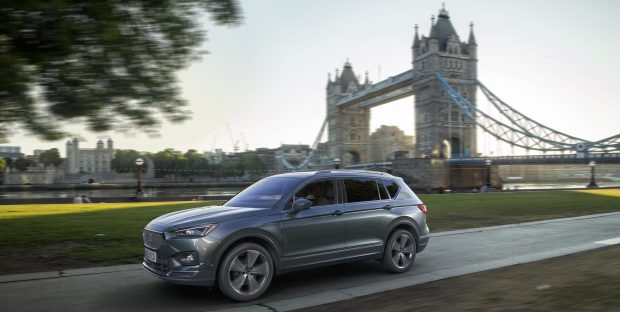 SEAT has now opened for ordering on its first large SUV and new flagship model, Tarraco, coming to Britain early 2019.

The seven-seater, which sits above Arona and Ateca to complete the Spanish brand’s SUV line-up, is attracting attention with its high level of standard spec: metallic paint, 17” Alloys, DAB, alarm and Full Link for just £28,320.

Alex Smith is to return to Volkswagen Group UK Ltd as Managing Director in the New Year, replacing Paul Willis who is leaving the company.

Smith re-joins the Group from Nissan Motor (GB) Ltd, where he has been Managing Director since 2016. This announcement follows the resignation of Willis, who is to pursue a new opportunity outside the Volkswagen Group following five years as Managing Director and, previously, as a Director of Volkswagen Passenger Cars.

Ford is implementing key leadership and organizational changes to improve the fitness and agility of its European operations as it undergoes a fundamental reset and redesign of its business.

He was regarded as one of the UK motor industry’s most charismatic ceos and suffered a short illness, his family has announced.