You are here: Home / Motorsport / Matt’s the man as he dominates Rallynuts Stages 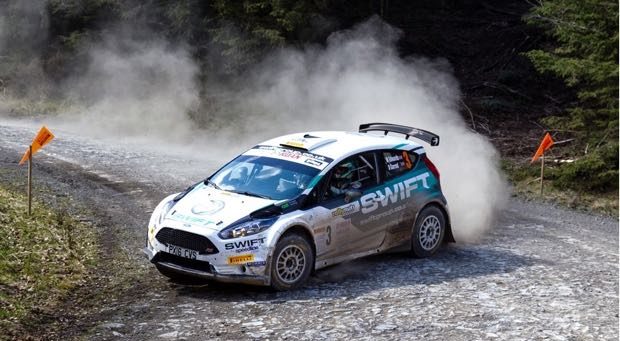 It was Llanon driver Dylan Davies, however, who left the third round of the nine-round series leading the Championship.

Machynlleth driver Osian Pryce, who led the series after two rounds, sat out Saturday’s Builth Wells based event while top points scorer on round two, Nick Elliott was side-lined on the opening stage with engine problems on his Ford Escort.

Edwards took the early lead as he had done on the season opener, the Visit Conwy Cambrian Rally. While he had crashed out of the lead on the second stage of the earlier event, this time Edwards and co-driver Darren Garrod would head the field in their Ford Fiesta all the way to the finish ramp at the Royal Welsh Showground.

It was another former Welsh Champion, Luke Francis of Rhuddlan and co-driver John H Roberts from Colwyn Bay who followed Edwards home in their WRC specification Fiesta to take second place.

Make it a Fiesta 1-2-3, all running on Pirelli tyres, as far as the Championship was concerned was Ruthin driver Hugh Hunter partnered by Rob Fagg. 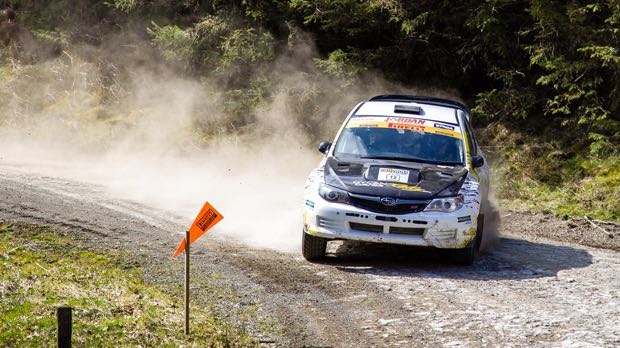 Another consistent performance, however, by Dylan Davies and Llion Williams of Caernarfon in their Subaru Impreza (right) was enough to ensure that they moved to the top of the Series standings.

The Group N category, for less modified machinery, produced a close battle between the Mitsubishi Evo IX of Tom Naughton and Will Rogers, and Paul Davy and Roger Allan in their Subaru Impreza. When a tyre failure put the Worcester duo’s Impreza off the road it was Naughton, from Bury, and Cinderford’s Rogers who claimed top points.

Worcestershire’s Colin Griffiths tops the driver standings in the two-wheel drive category and the BMW pilot also heads the RAVENOL Welsh Challenge for drivers how have not finished in the top 10 of a National B status event.

With Keaton Williams leading the two-wheel drive co-drivers, top of the RAVENOL Welsh Challenge co-drivers is Declan Dear, the Woking based competitor retaining the lead despite crashing out of the event alongside driver Matthew Hirst.

The next round of the Pirelli MSA Welsh Forest Rally Championship is the Plains Rally. The Welshpool based event, organised by Knutsford and District Motor Club takes place on Saturday 12May. More information about the Plains Rally can be found on the event web site, www.plainsrally.co.uk  and about the Pirelli MSA Welsh Forest Rally Championship at wnrc.wamc.org.uk, on the Championship Facebook page and on Twitter @WnRC.