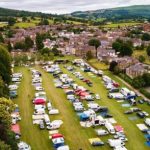 The Builth Wells-based Nicky Grist Stages has won the prestigious BTRDA Rally Series ‘Rally of the Year Award 2019’. It was presented to the event organisers, Quinton Motor Club, at the British Trial & Rally Driver Association’s annual gala awards ceremony. Voted for by competitors, the Nicky Grist Stages was praised for the smooth running of the event and the quality of the stages, which … END_OF_DOCUMENT_TOKEN_TO_BE_REPLACED 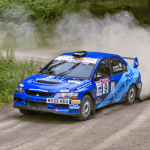 None of the front-running crews enjoyed a totally trouble-free run on the latest round of the Pirelli Motorsport UK Welsh Forest Rally Championship. It was Russ Thompson and Andy Murphy who overcame their tribulations on the Builth Wells based Nicky Grist Stages, organised by Quinton Motor Club, to take maximum championship points while Tom Llewellin retained his overall series lead. Scott … END_OF_DOCUMENT_TOKEN_TO_BE_REPLACED 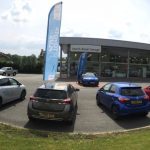 North Road Garage, a company synonymous with both the motor industry in Mid-Wales and with national rallying, will provide state-of-the-art scrutineering facilities for this year’s Nicky Grist Stages – which takes place on Saturday 13 July. The Toyota dealership situated in a prime position on the A470/A483 roundabout on the outskirts of Builth Wells has very kindly offered its pristine workshop … END_OF_DOCUMENT_TOKEN_TO_BE_REPLACED 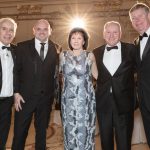 Five dealers in Wales have been celebrated during the annual awards by the Japanese importer. Suzuki GB PLC announced its “Dealers of the Year” for 2018 at a ceremony during its recent annual dealer conference in Budapest, Hungary. The prestigious black-tie event recognised the outstanding achievements by dealerships within the vehicle manufacturer’s 157 strong UK-wide network, as well as … END_OF_DOCUMENT_TOKEN_TO_BE_REPLACED 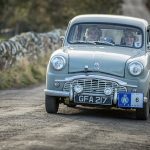 One hundred classic cars will be embarking on one of the most challenging events on this year’s iconic RAC Rally of the Tests on Friday 9 November. Promising to be a rare spectacle, the rally – which is open to vehicles built before 1 January 1986 – follows a 750-mile route from Harrogate through the East Midlands and South Wales, and finishing near Bristol at the RAC Supercentre, Cribbs … END_OF_DOCUMENT_TOKEN_TO_BE_REPLACED 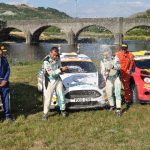 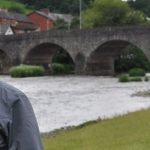 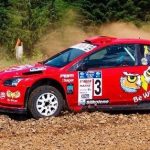 Jordan Road Surfacing BTRDA Rally Series leader Paul Bird is aiming to make it three wins this season – and a hat-trick of victories on the Nicky Grist Stages on Saturday 14 July  in his Dom Buckley Motorsport/IRS-prepared Ford Focus WRC08. The Cumbrian driver has won the Nicky Grist Stages twice before, in 2014 and 2015 with Aled Davies co-driving, and in the same Frank Bird Poultry, Be Wiser … END_OF_DOCUMENT_TOKEN_TO_BE_REPLACED 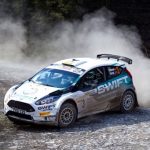 A dominant performance by Matt Edwards saw the Pwllheli driver take outright victory on Saturday’s Rallynuts Stages Rally and, with it, maximum points in the Pirelli MSA Welsh Forest Rally Championship, writes Peter Hughes. It was Llanon driver Dylan Davies, however, who left the third round of the nine-round series leading the Championship. Machynlleth driver Osian Pryce, who led the series … END_OF_DOCUMENT_TOKEN_TO_BE_REPLACED 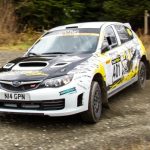 Saturday’s Builth Wells-based Rallynuts Stages gives competitors in the Pirelli MSA Welsh Forest Rally Championship their third opportunity of the year to pick up points in the series, says Peter Hughes. Amongst the end rewards on offer are a free entry on the National Rally of Wales Rally GB, provided by the organisers of the World Championship event, IMS, as part of their Road to Wales … END_OF_DOCUMENT_TOKEN_TO_BE_REPLACED